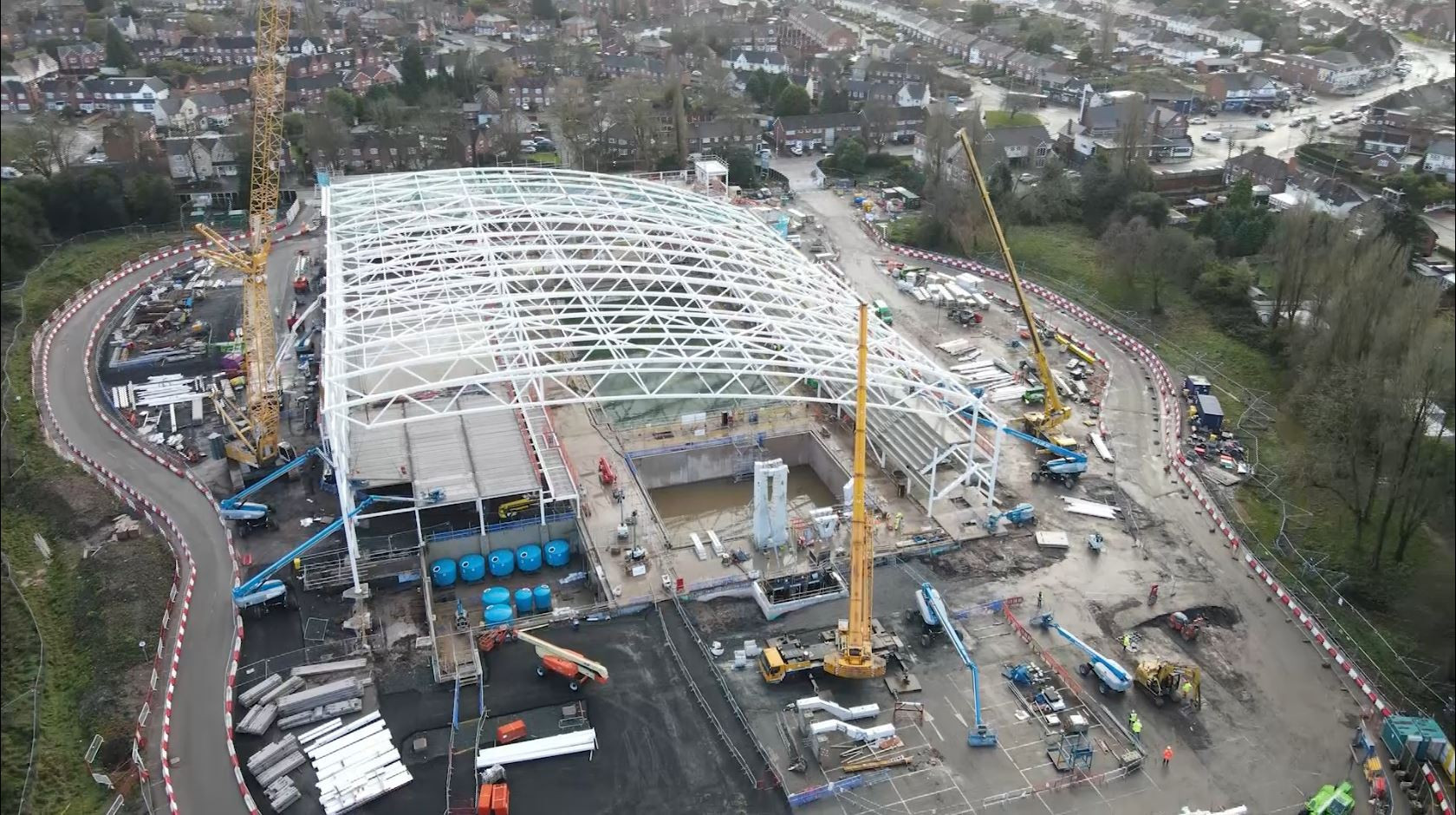 Olympic champion Adam Peaty has thrown his support behind the construction of the new Sandwell Aquatics Centre which Birmingham 2022 chiefs believe will be completed "well in advance" of the Commonwealth Games.

Peaty described the project – which is due to cost £73 million ($99 million/€82 million) – as a "national investment" and believes the venue can capture the next generation of swimmers.

His comments come as Birmingham 2022 organisers hail the "incredible progress" being made to build the Aquatics Centre which will host the diving and swimming events at next year’s Games.

Once completed, the facility will feature an Olympic-sized 50-metre swimming pool, a 25m diving pool and a community pool as well as 1,000 permanent seats for spectators with room for additional seating for the Games.

The Sandwell Aquatics Centre is the only brand new venue for Birmingham 2022 and Peaty, a three-time Commonwealth Games champion, is confident it will leave a legacy for the country.

"People shouldn’t underestimate how much a facility investment can help the local area, but it’s also a national investment," said Peaty.

"Competitions after the Games will be coming [to Sandwell] from left, right and centre.

"Never underestimate how much that brings, especially to local teams, local athletes and how much it inspires them.

"Hopefully we can secure that next generation of athletes."

Since construction began 12 months ago, the foundations and drainage have been put in place, the pools have been cast in concrete and tested and steel works for the frame of the building have been completed.

Work has also started on building the dive tower as organisers expect the project to be finished by "spring 2022".

"We are absolutely thrilled with the progress that has been made and it is a real credit to Sandwell Council and its construction teams," said Ian Reid, chief executive of Birmingham 2022 in a statement.

"To see the concrete casts of the pools in place, to see the steel structure in place and the commencement of the dive tower, it is incredible progress.

"You can now get a sense of what it will look like and it brings it to life.

"You can see that it will be a centre point for the Games and a real focus for our celebrations.

"It is on target and it looks like it will be delivered well in advance of the Games."

The Aquatics Centre is also set to boast three activities studios, two four-court sports halls, a fitness suite complete with a ladies-only gym, dry diving facilities and an indoor cycling studio as well as a sauna and steam room.

Alongside this, there will also be a football pitch and an urban park on the site too.

We’re a year into construction at the Sandwell Aquatics Centre. Take a look at the amazing progress being made at the brand new venue for swimming and diving at #B2022 🏊‍

How it started How it's going pic.twitter.com/8X3rXtLOr6

The Sandwell Aquatics Centre is due to be opened for public use in 2023 following the Commonwealth Games.

But organisers have previously claimed the event remains on track to be delivered on time and on budget despite the impact of the pandemic.

Last month, Reid said COVID-19 had "not managed to work its wicked way in obstructing progress" of the Alexander Stadium redevelopment and hinted it could be finished before April 2022 – the planned completion date.

The stadium will stage the Opening and Closing Ceremonies as well as the track and field competitions.