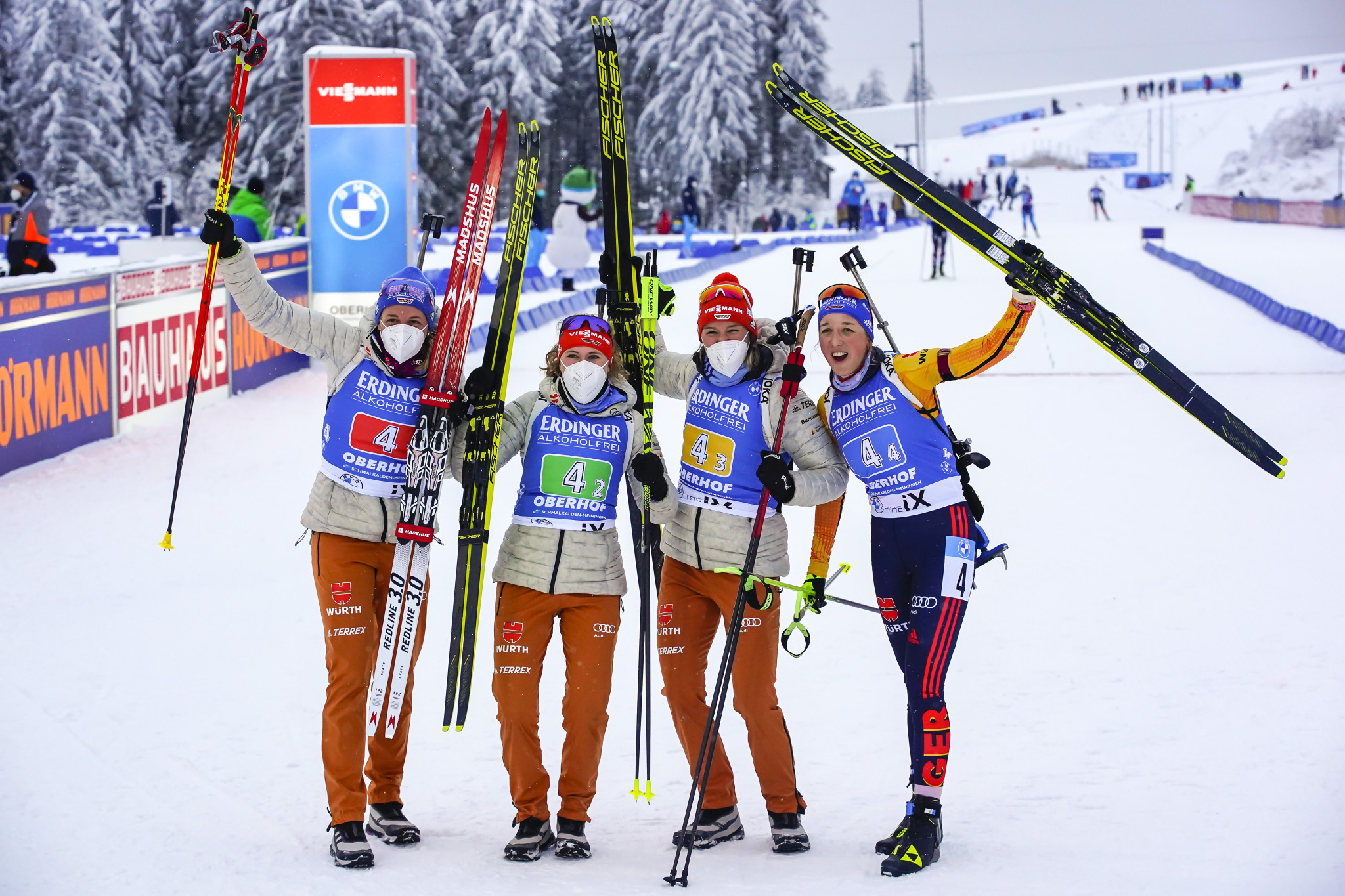 The German team of Vanessa Hinz, Janina Hettich, Denise Herrmann and Preuss had battled Belarus during the competition.

Iryna Kryuko and Dzinara Alimbekava had kept Belarus in contention in the first two legs of the race, before a superb effort from Hanna Sola saw her hand over to Elena Kuchinkina in the lead.

Kuchinkina was unable to hold off the challenge of Preuss in the final leg of the competition.

The German biathlete led her team to victory in a time of 1 hour 14min 31sec, having used five spare rounds.

Belarus were left to settle for second place at 17.4 down, with nine spare rounds during the race.

The podium positions were completed by Sweden, with Mona Brorsson, Linn Persson, Elvira Oeberg and Hanna Oeberg ending 3.57 behind the winners.

"We are so, so happy - so very proud of ourselves.

"My race was very hard, especially the last loop.

"I had so much lactate in my body at the top of the Birxsteig but I tried to push as hard as possible.

"It was so cool to enjoy the finish line.

"It was a really great feeling."

Russia and France missed out on podium places after finishing in fourth and fifth place respectively, with the Czech Republic and Norway trailing in sixth and seventh.

The second of back-to-back World Cup events in Oberhof is scheduled to conclude tomorrow.

Men’s and women’s mass start races are set to complete competition in the German town.