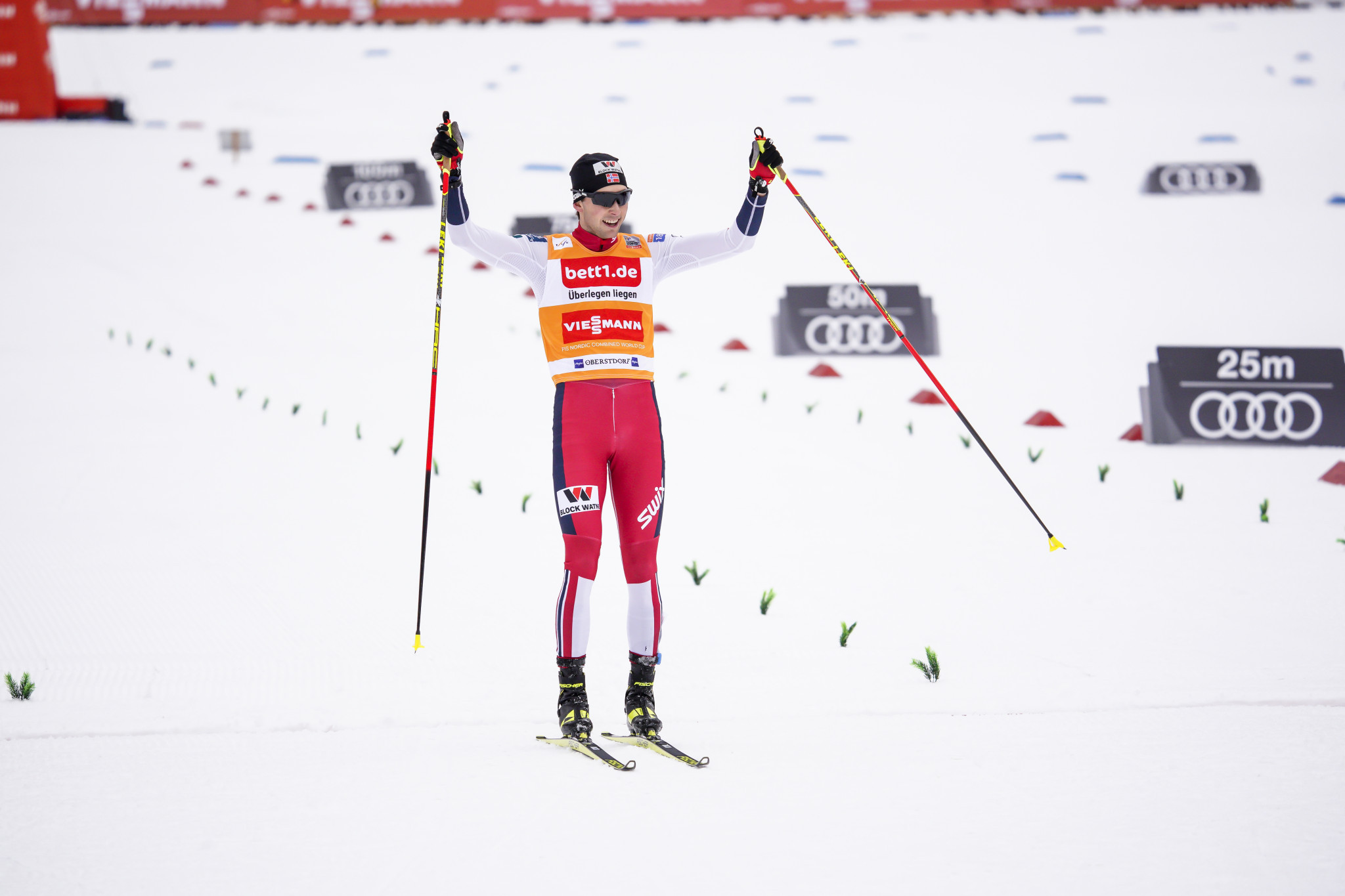 After twice falling short against Vinzenz Geiger in Ramsau in Austria, the Norwegian got the better of his German rival on this occasion to extend his advantage as the overall World Cup leader.

Riiber, an Olympic silver medallist, produced a controlled performance in Val di Fiemme as he finished in 28min 56.1sec to secure his 30th World Cup win in his career.

Finnish athlete Ilkka Herola clinched silver, finishing 8.4 behind Riiber, while Geiger was 9.8 further back in third.

Riiger produced an impressive jump of 106 metres to lead the field with 144.3 points and establish a 40-second cushion over nearest challenger Akito Watabe of Japan.

Watabe, who jumped superbly in training yesterday, registered a distance of 102 to finish ahead of Germany’s Fabian Riessle.

In the cross-country race, Riiber was in full control despite the conditions providing an extra challenge for all athletes.

Behind Riiber, a chasing pack formed and by the halfway point his advantage had reduced.

Eric Frenzel, Jørgen Graabak and Herola got into good positions before the latter increased the tempo.

None of the other athletes were able to follow as Herola fought off any sprint attacks on the finish straight.

He secured second and the seventh podium place of his career.

Behind him, Geiger took the third place, one second ahead of teammate Fabian Rießle while fellow German Eric Frenzel finished two seconds later.

Riiber strengthened his lead at the top of the overall standings to 460 ahead of Geiger on 311 and Austria’s Johannes Lamparter on 301.

Competition continues tomorrow with a men's team event before the action in Val di Fiemme is due to conclude on January 17 with another individual contest.