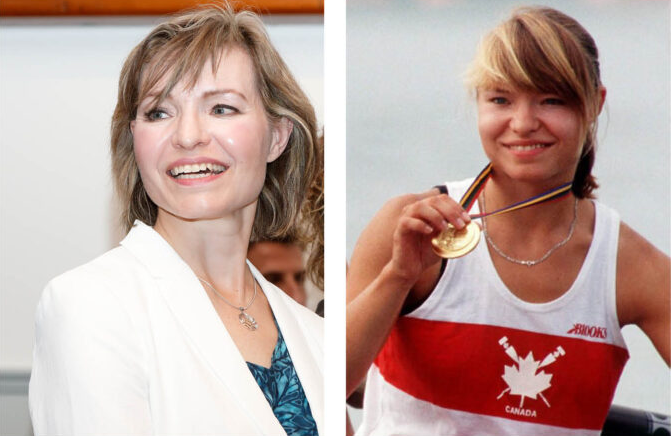 The Canadian Olympic Committee has led tributes to three-time Olympic rowing gold medallist Kathleen Heddle, who has died at the age of 55 after a long battle with cancer.

The Canadian Olympic Committee (COC) said is was saddened by the loss of Heddle, who died peacefully on Monday at home in Vancouver, after what Rowing Canada described as an "astonishing and courageous six-year battle with breast and lymph node cancer, followed by melanoma and brain cancer."

"Our hearts go out to Mike, Lindsey, Mac and all of Kathleen’s beloved family.

"Kathleen was the greatest of Olympians in every sense of the word and a rock for all who knew her.

"A proud Canadian of such depth of character, she approached everything she did with integrity and grace.

"Never seeking the limelight and always looking out for others, she represented the best of Olympic values.

"I am fortunate to have known Kathleen not just as an Olympic champion but as a friend.

"Kathleen has left our hearts overflowing with love and wonderful memories," the statement read.

"She brought our family so much joy.

I am crushed and without words today at this loss. Too soon. https://t.co/7JFNkOXLva

"While our grief is as heavy as the darkest moment of night, the gifts given to us by Kathleen shine bright as the moon and stars.

"With time, memories of our happiest days with Kathleen will be sure to overcome our tears.

"A country and a sport got to know and understand her resolve.

"Praised as a generational athlete, Kathleen was the Mozart of her era.

"As an Olympic and world champion who touched perfection, Kathleen never sought the spotlight.

"A pure athlete, a role model by actions and demeanour.

"She was revered by teammates, coaches, opponents, and those who knew her best.

"She was quintessentially Canadian."

Heddle is one of two Canadians to have earned three Olympic gold medals at a Summer Games, with Marine McBean the other athlete to achieve the feat.

Heddle and McBean won gold in the coxless pairs event at Barcelona 1992 and triumphed four years later at Atlanta 1996 in the double sculls event.

The duo are the only Canadian athletes to win three gold medals at the Olympic Summer Games.🥇🥇🥇@rowingcanada @WorldRowing @Olympics https://t.co/6NLTmAEfNY

The duo were members of the women’s eights crew which earned gold in Barcelona, while they won bronze in the quadruple sculls in Atlanta.

Heddle and McBean won gold in both the pair and the eight at the 1991 World Championships, as well as double sculls silver in 1993 and gold in 1995.

Silver was also achieved by the duo in 1995 as part of Canada’s quadruple sculls team.

Heddle was awarded the Thomas Keller Medal by the International Rowing Federation in 1999 in recognition of her accomplishments and sportsmanship throughout her career.

She was inducted into Canada’s Sports Hall of Fame in 1997, three years after being inducted to the Canadian Olympic Hall of Fame.

“I am crushed and without words today at this loss, too soon.

“Wife to Mike, mom to Lyndsey and Mac - rowing was part of Kathleen’s life but they were the whole of it.”