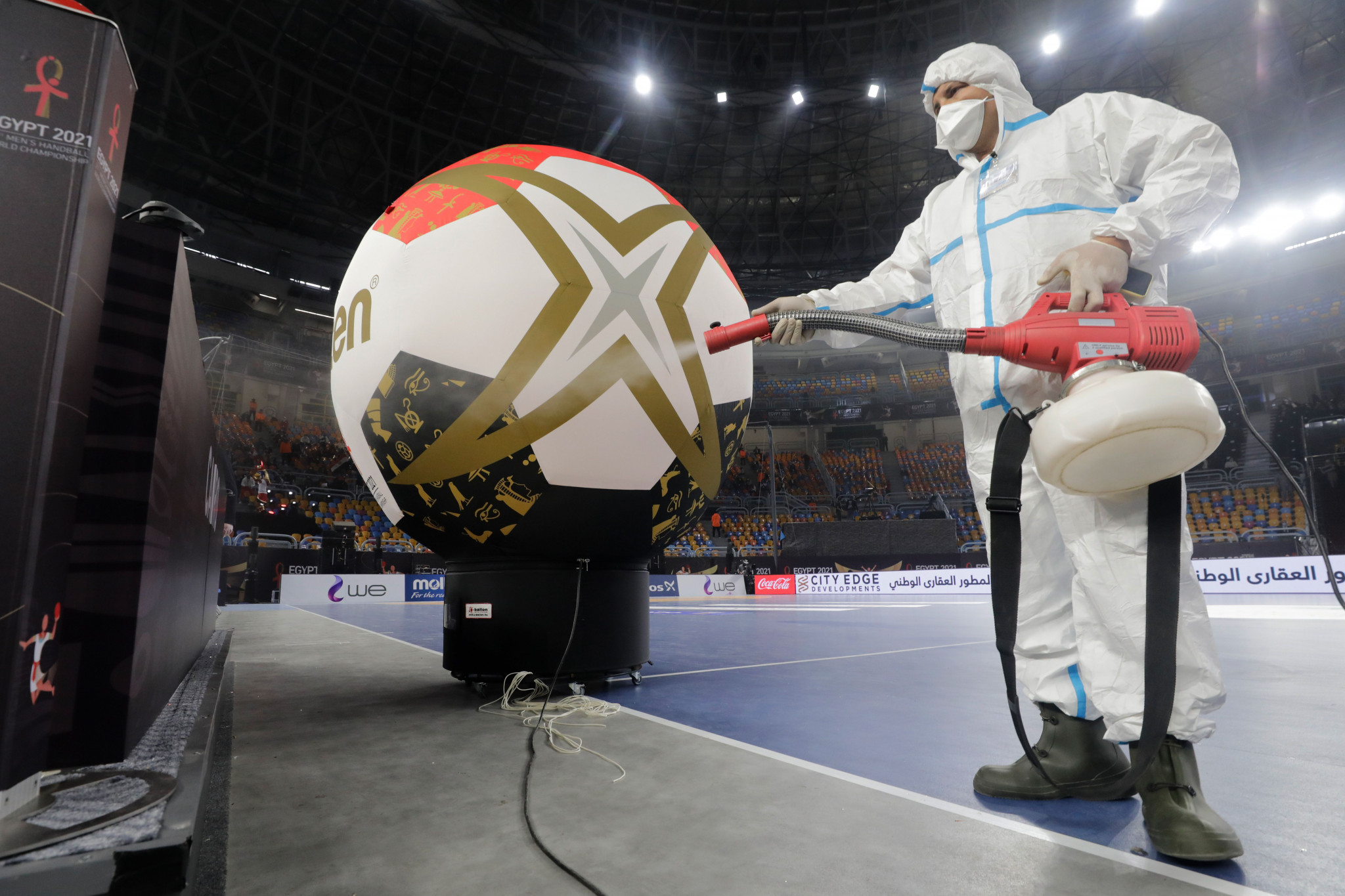 The United States have withdrawn from the International Handball Federation (IHF) Men's Handball World Championship because of a COVID-19 outbreak, but hosts Egypt were victorious as the event began.

Egypt defeated Chile 35-29, but not before the US became the second team to withdraw from the tournament behind the Czech Republic.

Switzerland, as the 16th-place finishers at the last European Championship, were invited to take the place of the Americans and slot into Group E.

A "majority of our players and staff members tested positive for the virus" following a training camp in Denmark, USA Team Handball said in a statement.

That "rendered us unable to field a competitive team", so the US made the decision to withdraw from what would have been first appearance at the World Championship in 20 years.

Norther Macedonia had already been invited to replace the Czech team - who also suffered a coronavirus outbreak - by the IHF.

Matches in Egypt are being played without spectators present because of the health situation.

Egypt faced Chile in the tournament's opening match, with Egyptian President Abdul Fattah al-Sisi among those in attendance and gave a speech before the match.

So too did IHF President Hassan Moustafa, who is also Egyptian.

Once the action began, Yehia El-Deraa scored the first goal of the competition after less than two minutes.

The hosts had a five-goal lead within 13 minutes and a seven-goal advantage at the break.

El-Deraa ended the contest with a team-high six goals, and despite Chile's Esteban Salinas scoring eight of his own, Egypt won 35-29 at the Cairo Stadium Sports Hall.

There are seven games scheduled tomorrow, with the tournament containing 32 teams for the first time and the top three in each four-team group advancing to the next round.

The Cairo Stadium Sports Hall is set to stage the final on January 31.