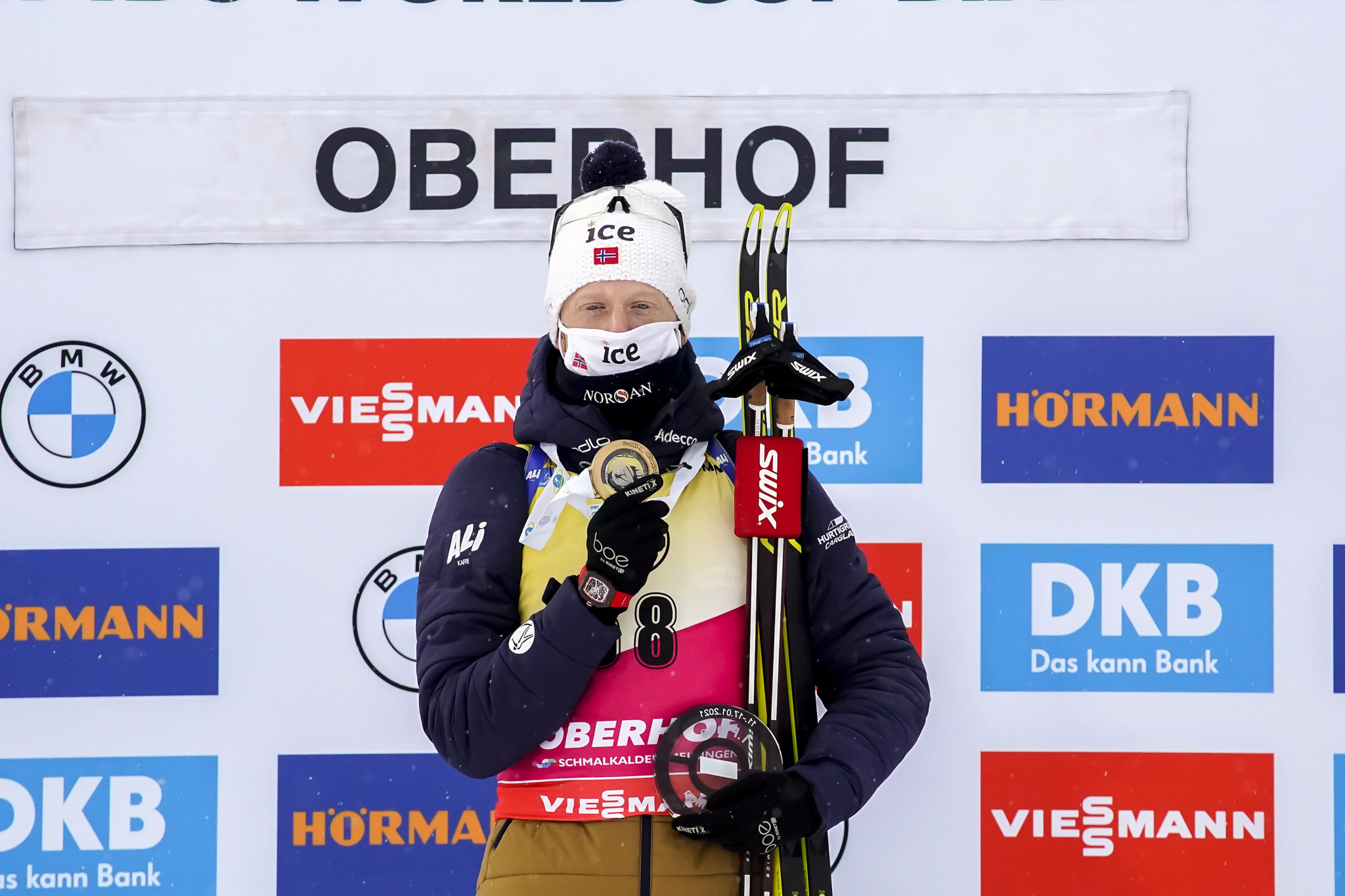 Johannes Thingnes Bø secured a third individual International Biathlon Union (IBU) World Cup win of the season and second in Oberhof in Germany to strengthen his position as the overall leader.

The Norwegian did not miss a shot on his way to finishing in 24min 43.6sec to clinch victory in the men’s 10-kilometre sprint.

Compatriot Sturla Holm Lægreid and German Arnd Peiffer were also perfect on the shooting range as they completed the podium places.

Lægreid was 12.4sec behind Bø in second while Peiffer was 27.9 further back in third as he secured his third medal of the season.

Having also won the 10km sprint last weekend, 27-year-old Bø increases his lead in the overall standings.

Bø has 582 points, with Lægreid second on 535 and fellow Norwegian Johannes Dale third on 474.

"It was such a great race today, even harder than the last sprint," Bø said post-race.

"From the start, I felt I had to work really hard on the track.

"I had good focus on the shooting range.

"Maybe my best performance on the shooting range this season.

"I am really happy with my race.

"I did what I had to do and I am really satisfied with that."

Lægreid came out on top in the 12.75k pursuit last weekend, but was content to finish second behind his rival today.

"I am very satisfied with my race," said Lægreid.

"I had a good feeling on the tracks and I was able to use my energy well, gain a lot of speed and I am very satisfied to get 10-out-of-10 on the shooting range in these tough wind conditions."

Ahead of the race, the IBU was pleased to report that all coronavirus tests conducted this week in Oberhof had come back negative.

The German town is due to stage Biathlon World Cup events until January 17.