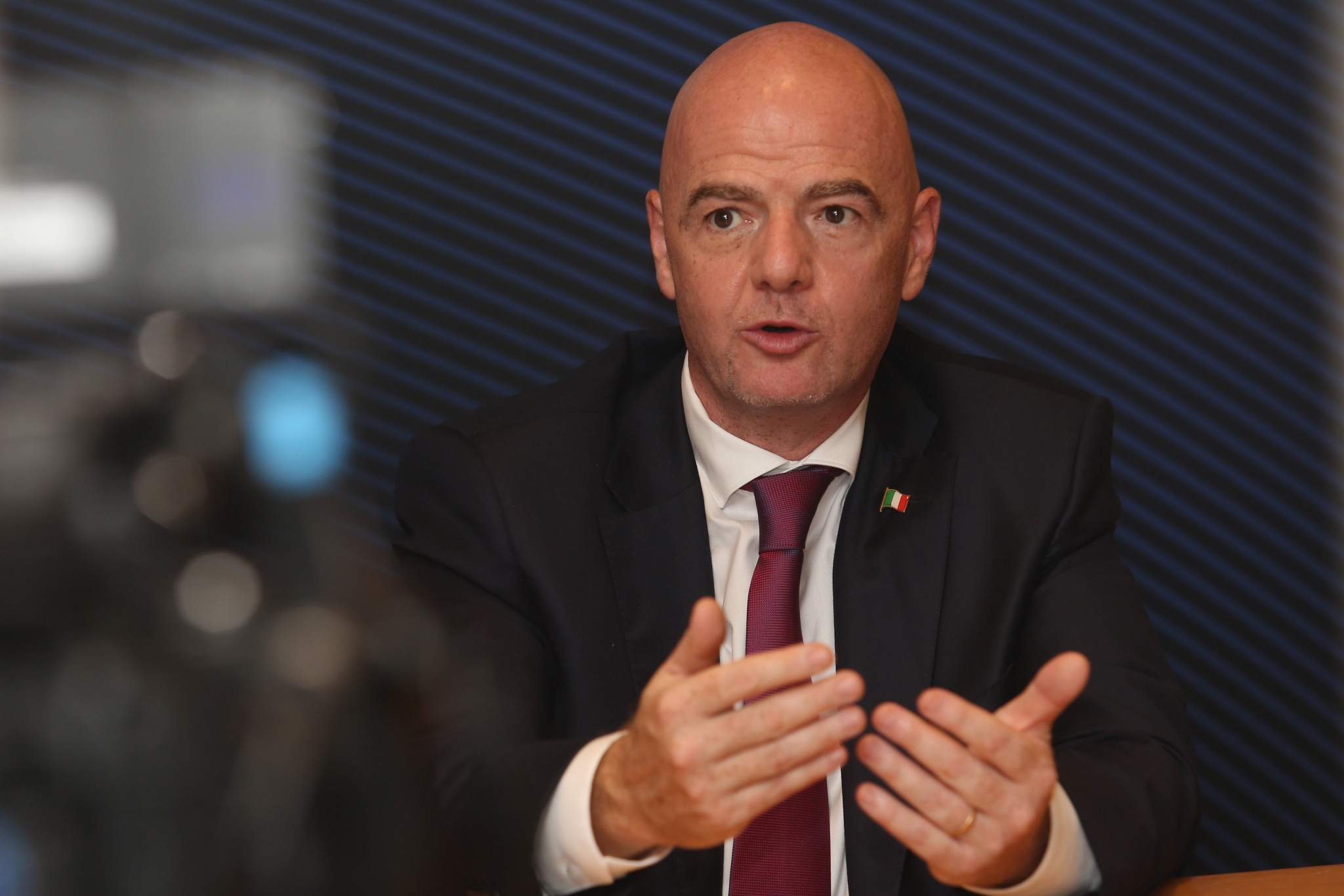 Amnesty International has criticised FIFA President Gianni Infantino for his appearance in a promotional video of Saudi Arabia.

Infantino was shown participating in a ceremonial sword dance and praising the "amazing scenery" and "incredible history" of Saudi Arabia.

The campaign video, posted on social media by the Saudi Arabia Ministry of Sport, was filmed while Infantino was in the country to meet with Crown Prince Mohammed bin Salman.

Saudi Arabia has been frequently criticised for its human rights record, especially regarding its treatment of women, but Infantino claimed in the video that "a lot has changed" in the Kingdom.

"It should be abundantly clear to everyone at FIFA that Saudi Arabia is attempting to use the glamour and prestige of sport as a PR tool to distract from its abysmal human rights record," the non-governmental organisation said in a statement.

"It’s worrying that Gianni Infantino has apparently endorsed a video where he hails the 'greatness' of Saudi Arabia but says nothing about its cruel crackdown on human rights defenders."

Infantino highlighted women's football as an area of improvement during the promotional video.

Gianni, President of #FIFA :
What I experienced here is impressive, the world in its entirety should come to Saudi Arabia to watch it. The big improvement that underwent the past two years are unbelievable.pic.twitter.com/iDPNXuPAuR

"Women's football, for example, is played," he said.

"That didn't exist before.

Saudi Arabia launched its first women’s football league in December but still does not have a national team for international competitions.

According to ESPN, Infantino did not address FIFA's issue with the Saudi-backed satellite broadcaster BeoutQ, which airs pirated feeds from Qatari network BeIN Sports, when meeting with Bin Salman.

FIFA had requested the Saudi Government "take swift and decisive action against beoutQ" in 2019.

World football's governing body claimed Infantino's main purpose in Saudi Arabia had been to "witness the signing of the historic declaration between the member states of the Gulf Cooperation Council".

This came after Saudi Arabia decided to end a three-year blockade of Qatar, the host country for the 2022 FIFA World Cup and another recipient of criticism from Amnesty International due to its treatment of migrant workers.