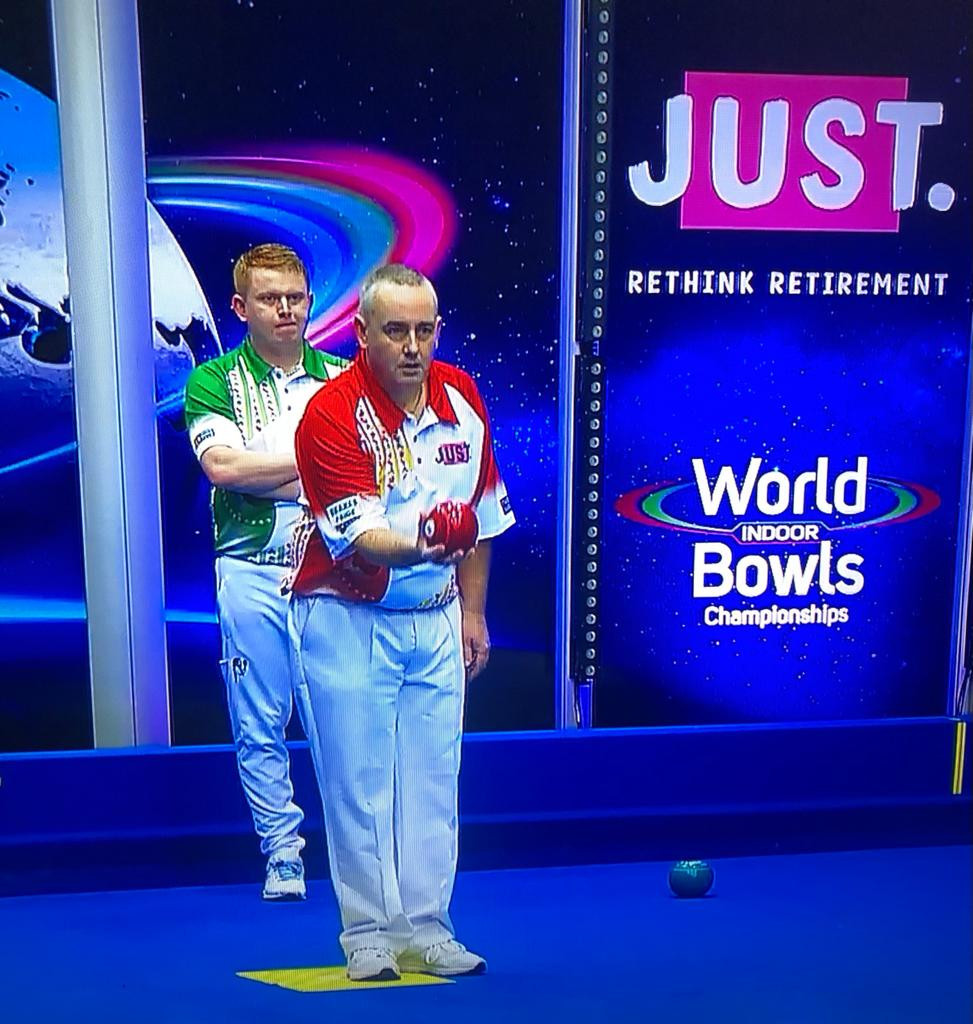 England’s Simon Skelton was victorious in the first match in the open singles competition at the World Indoor Bowls Championships today.

The 16th seed won 6-6 10-3 as he claimed victory by one and a half sets to a half against Scotland’s Connor Milne as the singles competition got underway at indoor bowls blue riband event, held at Potters Leisure Resort in Great Yarmouth, England.

A tight opening set went down to the final bowl with Skelton going into the last end trailing by two shots.

Milne held set lie but his opponent had the advantage of the last wood and played a weighted shot into the head and claimed a double to draw the set.

Skelton, a gold medallist at the Manchester 2002 Commonwealth Games in the fours discipline then took charge of the match dominating set two.

He led 9-1 after six ends and eventually took the set 10-3 with an end to spare.

The defending champion in the open singles is England’s Robert Paxton although he has to wait a week until he can get the defence of his crown underway.

Paxton is scheduled to face compatriot Jack Bird on Monday January 18, in what is set to be the final first round match in the open singles.

Elsewhere, the semi-finals of the mixed pairs event also took place, with the first seeing England’s Falkner make history by becoming the first female player to reach the final of this discipline.

After being outplayed in the first set, when they only scored on two ends, Falkner and Harlow turned things around and dominated set two only dropping three single shots.

This took the match to a three end tie break where the scoring system changes and the winner is decided by ends won rather than shots scored.

Falkner and Harlow triumphed after winning by two ends to zero, sealing their place in the pairs final, where they will meet compatriots Mark Dawes and Jamie Chestney.

Dawes and Chestney, who won this title in 2018, beat fellow English pair Jack Bird and Stuart Irwin in straight sets 9-6 9-1.

Dawes and Chestney got off to a flying start, which included a full house in end two, as they opened up a 9-1 lead.

Their opponents reeled them in and had a chance to pinch the set in the last end when they held four shots.

Chestney scored a single to seal the set 9-6 and it was one way traffic in set two as Dawes and Chestney triumphed 9-1, only dropping one end in the process.