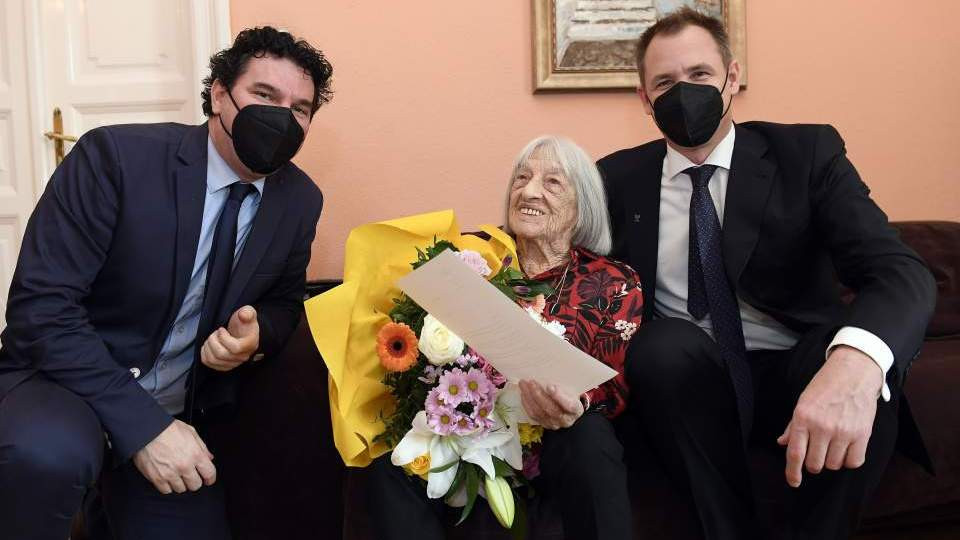 Hungary's Ágnes Keleti, the world's oldest living Olympic champion, today celebrates her 100th birthday, receiving a call from the President of the International Olympic Committee (IOC), Thomas Bach as part of the occasion.

Winning 10 Olympic medals in gymnastics, she is the most successful Hungarian female athlete at the Games, winning five gold, three silver and two bronze medals at the Helsinki 1952 and Melbourne 1956 Olympics.

Only three Hungarians are more successful than her, all from winning medals in fencing.

Keleti also won the team, uneven bars and balance beam golds in Melbourne to make her one of the most successful Olympians from the country.

IOC President Bach spoke over the phone to Keleti to wish her well.

"Heartfelt congratulations and best wishes for your birthday," said Bach.

"Your story is truly inspirational.

"You have demonstrated the power of strong determination and courage to overcome tragedy.

"These are the attributes of a great Olympic champion.

"As an Olympian, your 10 medals, five of them gold, are truly amazing.

"I am sure that had you competed at the Olympic Games London 1948, you might even have had more."

The President of the Hungarian Olympic Committee (MOB), Krisztian Kulcsar, handed over a gift to Keleti on behalf of the IOC, who could not visit her in person due to the COVID-19 pandemic.

As well as cake and flowers, Keleti also received a copy of the victory medal of Hungary's first modern Olympic champion, Alfred Hajós.

"You have come to a wonderful anniversary that is given to a few," said Kulcsar.

"We are grateful for all you have done during your rich life for both your homeland, the Olympic movement and your own sport.

"Your unique career fills every member of the Hungarian Olympic family with great pride."

Due to the Second World War, Keleti could not compete at the Olympics until she was 31 years old.

She was part of the only Jewish gymnastics club in Budapest, and looked to be part of the Tokyo 1940 Olympics before it was cancelled due to the conflict.

During the war, she was forced to flee Budapest due to threats to Jewish people, having previously been expelled from her club due to her religion.

Keleti was then an alternate for the London 1948 Games, making her Olympic debut in 1952.

Surviving the war after using a fake identity and marrying fellow gymnast István Sárkány, she came out of the conflict and back into gymnastics, resulting in her winning her first Central European Gymnastics Championship in 1947.

Her father and uncles were among 550,000 Hungarian Jews killed during the Holocaust.

Along with her Olympic heroics, she won the 1954 world title in uneven bars.

After Melbourne 1956, she sought political asylum in Australia after the Soviet Union invaded Hungary.

She later emigrated to Israel and coached the national gymnastics team.

Keleti was inducted into the International Gymnastics Hall of Fame in 2002.

President of the CIFP, Jenő Kamuti, presented her with the award at the Rumbach Street Synagogue in Budapest.