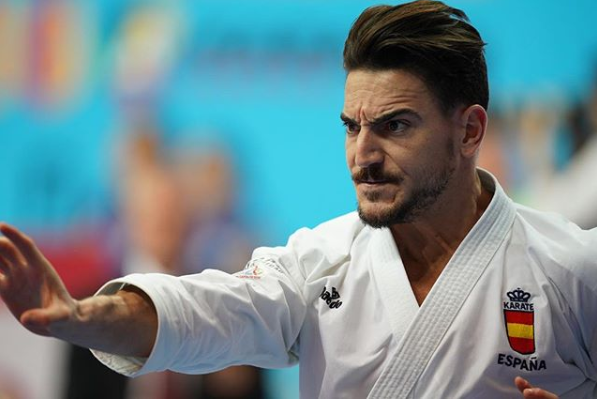 Spanish karateka Damián Quintero believes an Olympic medal would be the "jewel in the crown" of an impressive career.

Quintero, who competes in kata, has won two world silver medals as well as a team kata title back in 2014, and will be among the favourites when karate makes its Olympic debut this year.

He is also a two-time European Games individual champion and the 2019 World Beach Games champion.

The 36-year-old also has an incredible record at the European Karate Championships, remaining undefeated in the annual competition since winning a first individual gold medal in 2013.

Quintero is focused on achieving similar success at Tokyo 2020, but is cautious about going into the Games as one of the medal favourites.

"It is true that I have won the World Cup and I have been a 10-time European champion and we are at number one for the Olympic and world ranking, but I will look at it in the future," Quintero said, speaking as part of a Spanish Olympic Committee (COE) series.

"We will go step by step to the great goal, because I think that in the end that is what sets the path.

"And if we get that long-awaited Olympic medal, it will already be the jewel in the crown."

The men's kata competition is scheduled for August 6.

Quintero was speaking to COE President Alejandro Blanco, who thanked the karateka for visiting the National Olympic Committee headquarters and for his service to the sport.

"I don't know what you will do after karate, but we need you," said Blanco.

"Congratulations and thanks for everything you have given us and what you are going to give us.

"On July 23 2021, when the national team comes out in Tokyo, all of Spain will be watching over you because athletes are the great idols of our country."