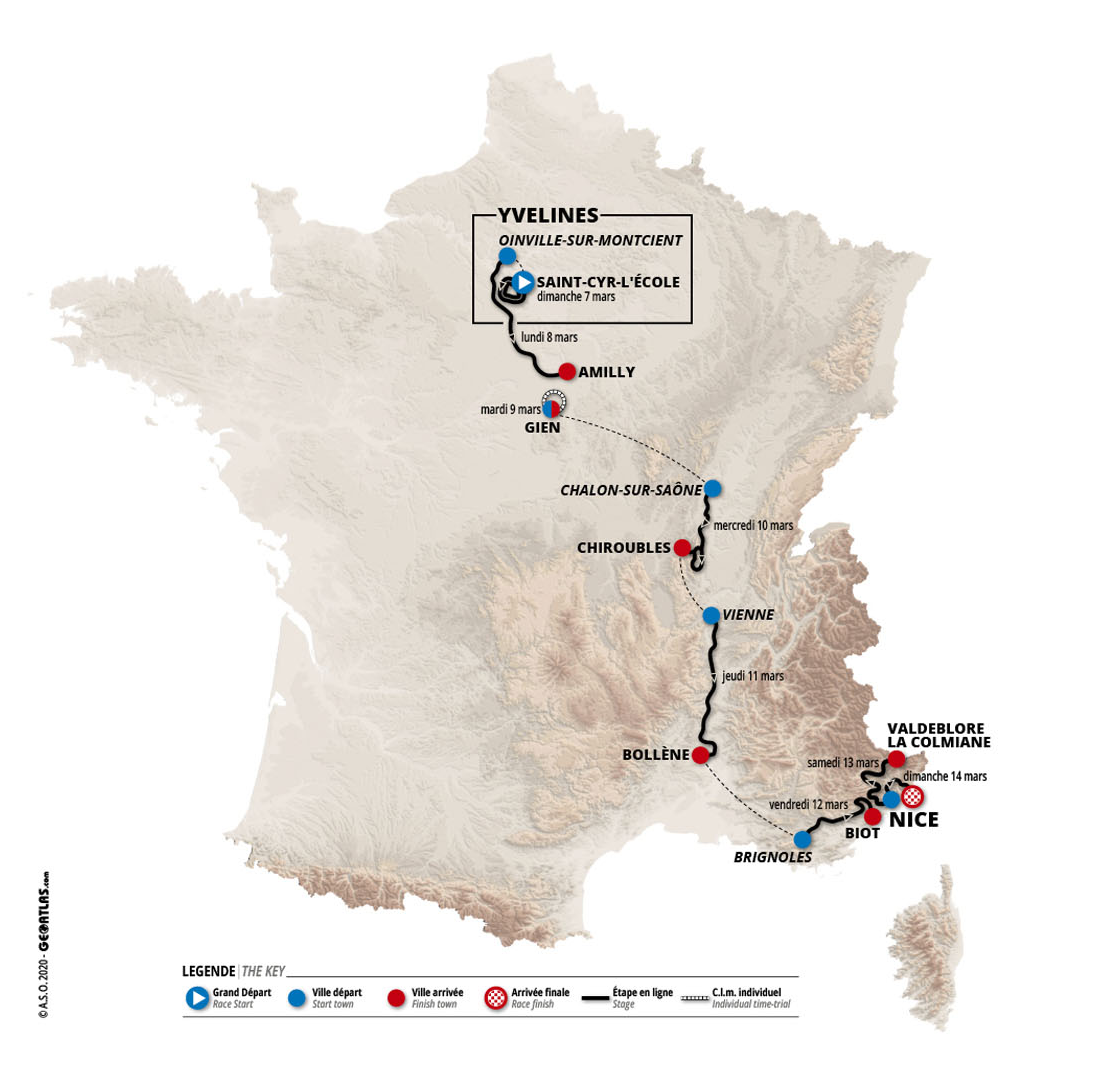 Organisers have confirmed the route for Paris-Nice, with the race set to feature two summit finishes and a time trial stage this year.

The race, part of the International Cycling Union (UCI) WorldTour, has been scheduled for March 7 to 14.

The opening stage will see riders complete a 166 kilometre route from Saint-Cyr-L’École to Saint-Cyr-L’École, with the second day of racing taking the peloton 188km from Oinville-sur-Montcient to Amilly.

The first two stages could conclude with sprint finishes, but crosswinds may offer opportunities for breakaways to develop.

A 14.4-kilometre individual time trial in Gien is expected to separate riders on the general classification.

The gaps created in the standings should prompt riders to attack on stage four, a 188km route from Chalon-sur-Saône to Chiroubles.

Riders will face four category two climbs during the first half of the stage, before ascents of Mont Brouilly and the Col de Durbize.

The stage concludes with a 7.3 kilometre climb at Chiroubles.

"The riders tend to have their habits and it’s our duty to try and unsettle them a little."

A bunch sprint is expected on stage five due to the flat 203km route from Vienne to Bollène.

Sprinters will have the possibility to secure another victory the following day provided they remain in contact on five categorised climbs during the 202km stage six from Brignoles to Biot, with the latter part of the stage largely downhill.

The eight-stage race is scheduled to conclude with a 110km course, starting and finishing in Nice.

Riders will tackle six climbs on the final stage, including the Col d'Èze and Col des Quatres Chemins, before descending to the finish.

The final stage was not possible last year with organisers forced to curtail the race due to growing concern over the coronavirus pandemic.

All 19 UCI WorldTour Teams have been invited to the race, along with Alpecin-Fenix after they topped the ProTeam rankings in 2020.