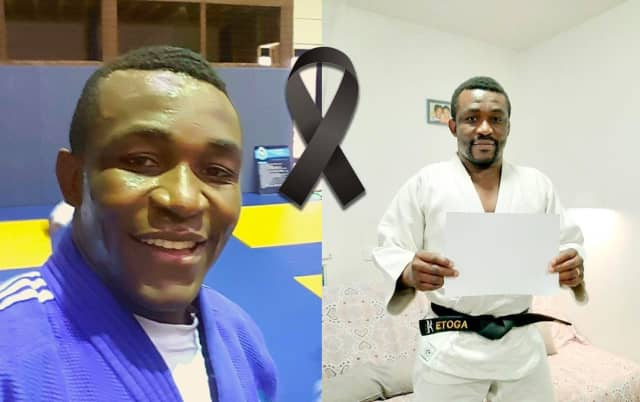 International Judo Federation (IJF) has paid tribute to Cameroonian judoka Bernard Mvondo-Etoga, who has died at the age of 37.

Mvondo-Etoga became the African champion in the men’s 73 kilogram lightweight event back in 2004.

He overcame Algeria’s Nourredine Yagoubi in the final of the African Judo Championships in Tunis.

Mvondo-Etoga had finished as a bronze medallist two years earlier in Cairo.

Securing the African title saw Mvondo-Etoga qualify for the Athens 2004 Olympic Games, where he triumphed in his first bout.

He was eliminated in the round of 16.

The IJF said Mvondo-Etoga also reached the quarter-finals of the World Judo Championships in 2003.

He also participated in many world circuit tournaments including Paris, Düsseldorf, Munich and Osaka.

"The judo family around the world joins the friends and family of Mr Etoga in this sad time," the IJF said.

"We send our deepest condolences."

"Gifted with very great physical strength and special flexibility, he quickly takes his first steps in the judo area where his dad Etoga Mvondo Martin Dieudonne is a coach," the AJU said.

"He is soon noticed and from the age of 14 only he is already performing excellent internationally.

"Vice-champion of La Francophonie in 1997, Bernard Etoga chains the national and international podiums before finally reaching the cream in 2004 where he makes Champion of Africa, best African judoka in the world year and qualifies for the Olympic Games in Athens in Greece's home country of Olympism.

"Beyond his career as judoka Bernard has also been around the world of rugby he discovers rugby in Perpignan. especially the de Sucy En Brie, he also played every Sunday football because he was an accomplished sportsman.

"In 2020 he obtained a certificate in mental preparation for professional performance.

"Bernard had a force of character that only had his determination to excel in everything he did - to be the best while remaining as human as possible."