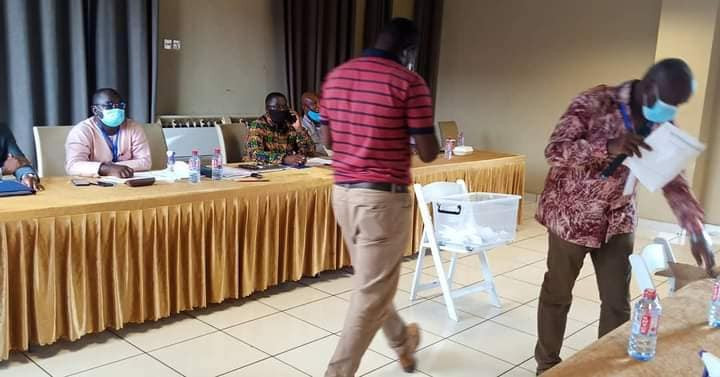 The Ghana Olympic Committee (GOC) is set to hold its Presidential election in March after a motion from incumbent Ben Nunoo Mensah to delay the vote until after the postponed Tokyo 2020 Olympic Games was rejected.

Members of the GOC voted 28-23 in favour of having elections in two months' time at its Annual General Meeting (AGM) in Accra.

Mensah had warned having a Congress earlier in the year could disrupt the country's preparations for Tokyo 2020, pushed back to 2021 because of the coronavirus pandemic.

But other GOC members had rallied against his proposal to delay the vote, highlighting how other National Olympic Committees (NOCs) have held their elections despite the challenges posed by the COVID-19 crisis.

Mensah's four-year term as GOC President expires in March, but he had hoped to retain the position until at least August.

The official, also President of the Ghana Weightlifting Association, seems set to seek re-election at the helm of the GOC.

Four Ghanaian athletes have so far qualified for Tokyo 2020, rescheduled for for July 23 to August 8.