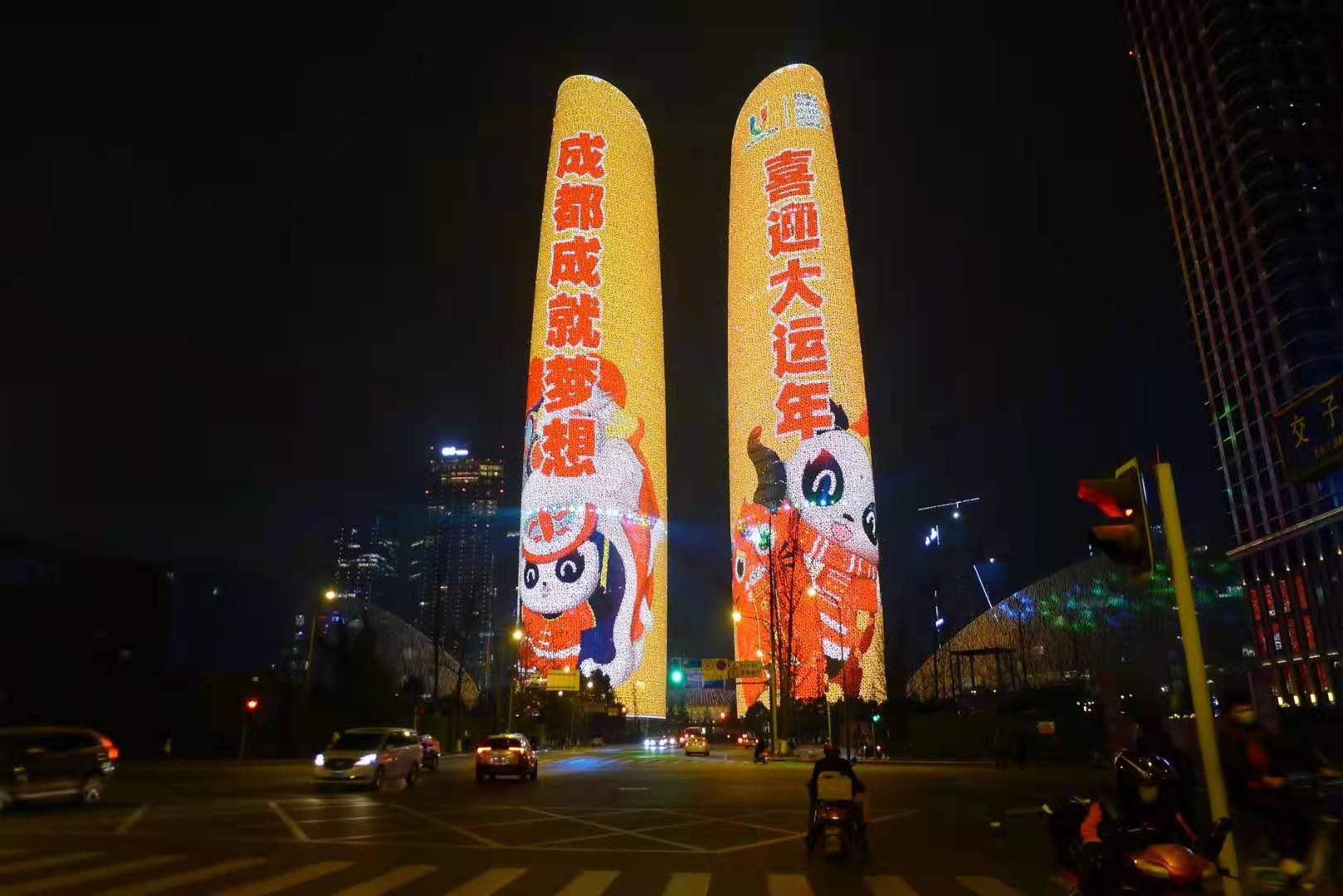 Landmarks in Chengdu were lit up to mark the start of the year in which the next edition of the World University Games will be held.

Sites such as the Tianfu International Financial Center and Sichuan Radio and Television Building were lit up in the colours of the 2021 World University Games.

Rongbao, a panda chosen as the official Chengdu 2021 mascot, was among the images projected onto the landmarks.

Dongan Lake Sports Park was also lit up and displayed a message for the new year.

The venue is set to host the Opening Ceremony of the 2021 World University Games, along with the swimming and artistic gymnastic events.

Construction of the Dongan Lake Sports Park is still ongoing but is nearly complete, with the flood lighting in the complex set to be finalised by the end of January.

It is now just eight months until the Games begin, with competition scheduled for August 18 to 29.

There are 15 sports listed on the Chengdu 2021 programme.