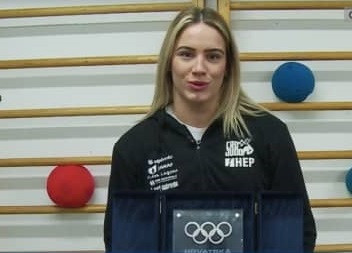 Prodan achieved a bronze medal in the women's under-78 kilograms contest at this year's European Judo Championships in Prague.

She was also a silver medallist on home soil at the Under-23 European Championships in Poreč.

Fellow judoka Barbara Matić was meanwhile the recipient of the award for athlete of the year from the Croatian daily sports newspaper Sportske novosti.

It was the first time in the newspaper's 69-year history that a combat sport athlete had received the accolade.

Matić earned gold in the women's under-70kg category at the Budapest Grand Slam in October.

In total, 119 journalists out of 287 voted for Matić to receive the award.

Both Matic and Prodan are due to compete at the International Judo Federation World Masters in Doha this month.