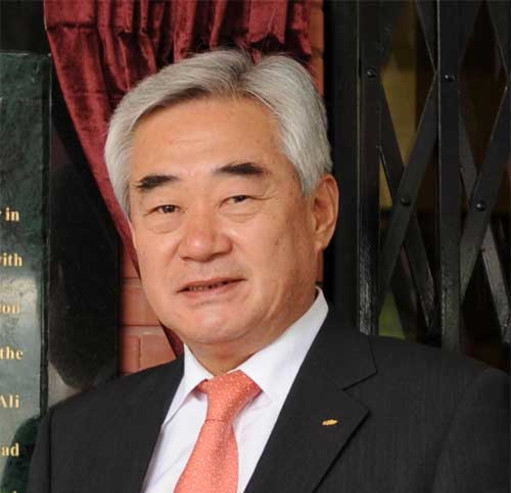 World Taekwondo President Chungwon Choue has claimed the governing body heads into 2021 "stronger than ever before" after negotiating the challenges posed by the coronavirus pandemic.

Choue said World Taekwondo can enter the new year, set to include the postponed Tokyo 2020 Olympic and Paralympic Games, "with a renewed sense of optimism and hope for the future".

Writing in his New Year's message, the South Korean official also reflected on 2020, which he described as "a very challenging year for all of us".

"But because of the work we all did together we are well placed to emerge stronger than before; and that is precisely what we will do," he added.

Choue paid tribute to World Taekwondo vice-president Ahmed Fouly of Egypt who died at the age of 70 in September.

He said the organisation was still coming to terms with his death and said Fouly would "never be forgotten".

"We will honour his legacy by continuing to advance taekwondo," Choue added.

Choue promised taekwondo events will be held in the safest possible environment when they resume in 2021.

World Taekwondo was forced to cancel the majority of its events in 2020 due to the COVID-19 crisis, while its World Championships this year were moved from May to October following the postponement of Tokyo 2020.

"We cannot look past the Tokyo 2020 Olympic and Paralympic Games," Choue said.

"We are so excited to see our Olympians compete again and of course, watch our Paralympians make history as Para Taekwondo is included at a Paralympic Games for the first time.

"This will be a very special moment for us all.