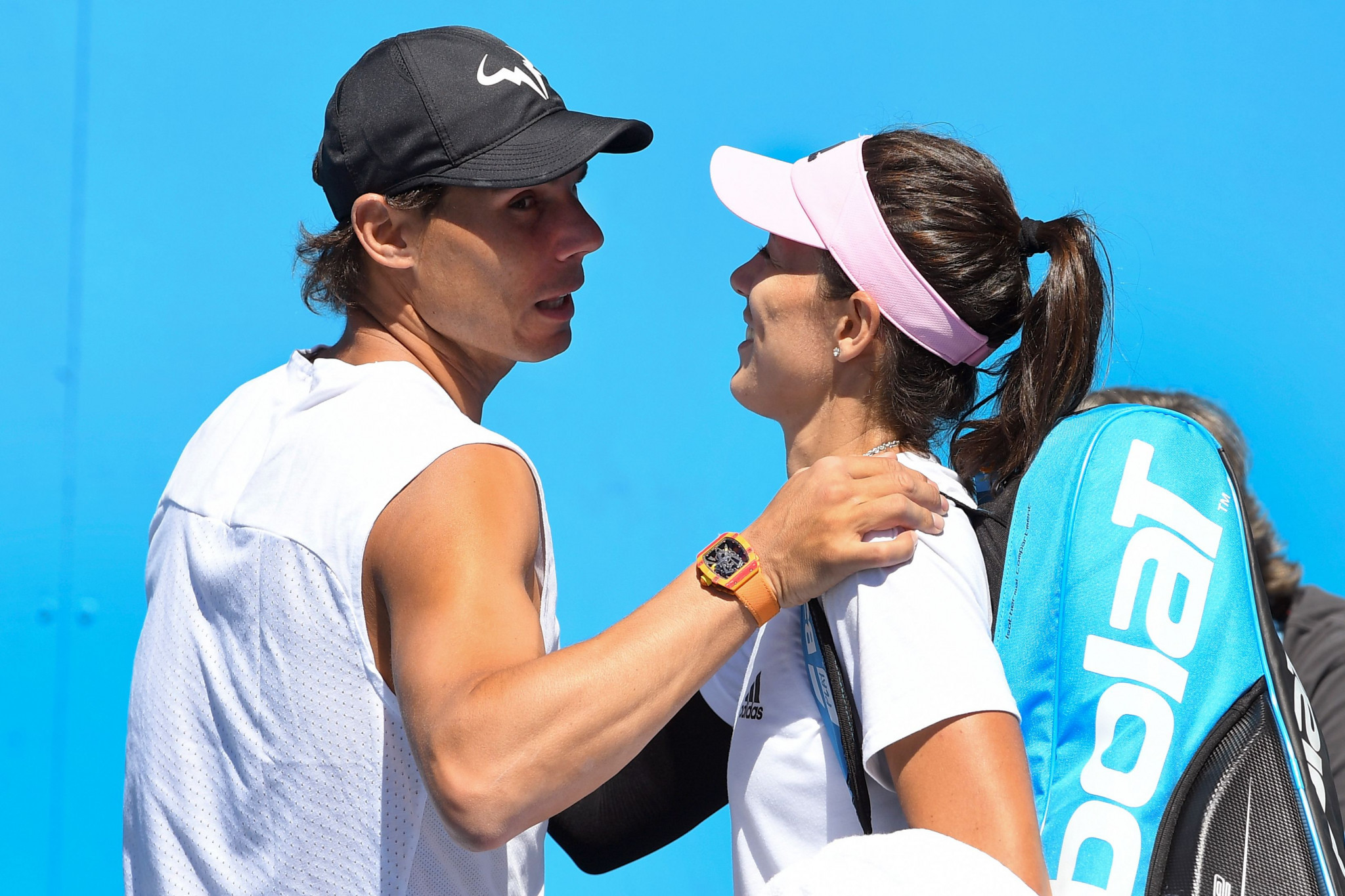 Garbiñe Muguruza has spoken of her determination to win an Olympic medal and team up with Spanish great Rafael Nadal in the mixed doubles at Tokyo 2020.

As well as underlining her ambition to win all four Grand Slams, Muguruza said playing alongside compatriot Nadal at the Olympic Games would be a dream come true.

Nadal is a two-time Olympic gold medallist having won the men’s singles at Beijing 2008 and triumphed with Marc López in the men’s doubles at Rio 2016.

The 20-time Grand Slam champion was due to compete alongside Muguruza in the mixed doubles in the Brazilian city only to pull out due to fatigue.

But Muguruza, a winner of the French Open in 2016 and Wimbledon in 2017, hopes to persuade the 34-year-old to join forces in Tokyo next summer.

Speaking to Spanish newspaper AS, world number 15 Muguruza revealed teaming up with Nadal at Tokyo 2020 was one of her main goals as she aims to secure a maiden Olympic medal.

"Winning all four Grand Slams, an Olympic medal, and playing mixed doubles with Nadal at the Games," said Muguruza when asked about her aspirations.

"The most special thing is sharing the successes."

While Nadal has enjoyed great success at the Games, Muguruza’s only Olympic appearance ended in disappointment.

The former world number one was among the favourites to win the women’s singles at Rio 2016 but fell to eventual gold medallist Monica Puig of Puerto Rico in the third round.

This year saw Muguruza reach the Australian Open final, where she lost in third sets to Sofia Kenin of the United States.

The Olympics had been scheduled to take place in 2020 only to be postponed to 2021 due to the coronavirus pandemic.

"It was a shock that they were not held this year," said 27-year-old Muguruza to AS.

"Hopefully they will go ahead because, if not, I don’t know what will happen with the Olympic cycle."

Muguruza is expected to compete in Abu Dhabi from January 5 to 13 before heading to Melbourne for the rescheduled Australian Open - due to take place from February 8 to 21.

"We should have already left for Australia and the postponement has disrupted the planning," added Muguruza.

"The time to leave was approaching and an email arrived that made us change things.

"We are not clear about everything yet, so it is a bit frustrating because of all this uncertainty.

"If the tournaments scheduled for these first months are played, the start can be good.

"Whether or not there will be an audience is secondary, the important thing is that we can work and compete, not just train.

"But I think that until well into the year we will not be able to continue where we left off, with full stadiums and without masks.

"Hopefully it will be in the summer, although I doubt it."

Should Nadal agree to team up with Muguruza, the Spanish duo could meet the Swiss pairing of Belinda Bencic and Roger Federer in a mouth-watering mixed doubles encounter at Tokyo 2020.

Bencic is hoping to play alongside 20-time Grand Slam champion Federer at the postponed Games.

Tennis at Tokyo 2020 is scheduled to take place at Ariake Tennis Park from July 24 to August 1.