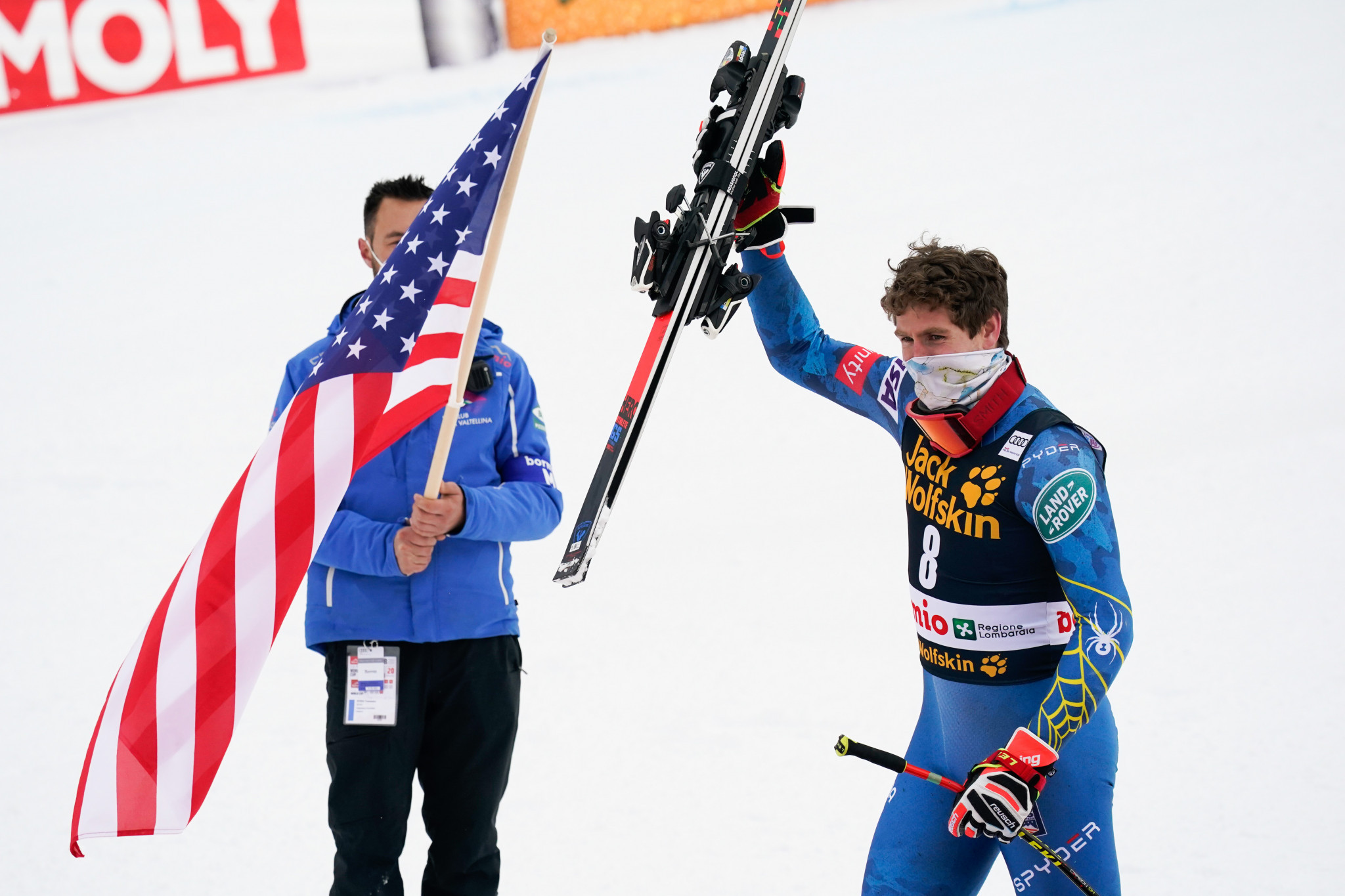 The United States' Ryan Cochran-Siegle has taken his maiden victory on the International Ski Federation Alpine Ski World Cup circuit, following a win in the super-G in Bormio in Italy.

After winning his first podium earlier this month in the downhill at Val Gardena, he stood at the top for the first time, winning by 0.79sec.

Austria's Vincent Kriechmayr claimed silver, making the podium for the first time since February while Adrian Smiseth Sejersted of Norway won bronze, 0.94 behind the American.

Having finished second in Val d'Isere earlier this month in the super-G, it marked the second time that Sejersted made the podium in his career - both in December.

Amazing #rcs! First Super G World Cup victory for USA since @MillerBode in 2006! And what a victory! 👏👏👏👏👏#fisalpine pic.twitter.com/pNtUfsO2BB

His compatriot, Aleksander Aamodt Kilde, who won the super-G in Val Gardena, finished fourth ahead of Switzerland's Mauro Caviezel in fifth.

Norway's Kjetil Jansrud, who has won 23 races and made the podium 55 times, finished in sixth.

Other top contenders in this season's World Cup were further down including Switzerland's Marco Odermatt in ninth and Austria's Matthias Mayer in 10th.

Action in Bormio continues tomorrow with the men's downhill.