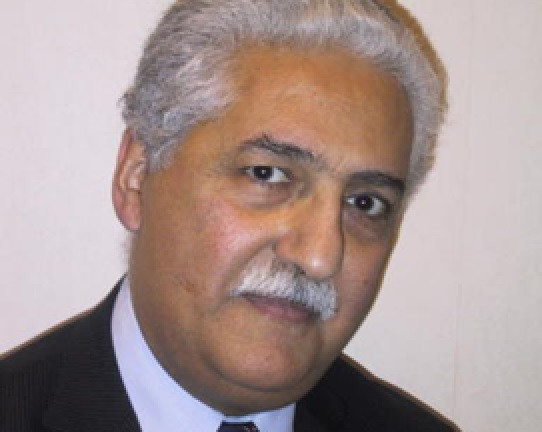 The Interim President of the International Weightlifting Federation (IWF), Mike Irani, has promised to continue taking problems surrounding anti-doping seriously in 2021 after making changes in his short time as the temporary leader of the governing body.

In his end-of-year message, Irani stressed that he was not willing to speak about those actions taken before he was appointed, due to it being under a different leadership, but outlined what had been done since he took up the role in mid-October.

He became Interim President after Thailand’s Intarat Yodbangtoey stood down from the same post after less than two days in office, following criticism from within the sport and from the International Olympic Committee (IOC).

The United States' Ursula Papandrea initially took charge following the resignation of long-term President Tamás Aján, who had stepped down from the position he held for 20 years, having previously served as secretary general for 25 years.

Papandrea held the position from April to October, but her attempts to reform were blocked by the Board and she was voted out of office on October 13.

In his 10-week tenure, Irani has extended the IWF's partnership with the International Testing Agency until 2024 and requested it to investigate allegations made in the McLaren Report and by the World Anti-Doping Agency.

The McLaren Report detailed how the IWF was plagued with decades of corruption and financial malpractice, anti-doping cover-ups and vote-rigging.

Irani, who states that he will not contest an IWF Presidential race, mentioned some of the achievements in the latter part of 2020.

"We have created a Disciplinary and Ethics Committee composed of independent experts which is already almost operational," said Irani.

"We have also added independent experts to the Reform and Governance Commission, including as chair.

"As that Commission presses ahead towards the January 22 deadline for the presentation of a new Constitution and by-laws, it is making remarkable progress.

"Consultations have been widespread and they will continue.

"Thank you to the 13 national federations who have contributed ideas and thank you to those who have already completed the survey."

Irani also said the IWF "must do better" for young weightlifters who have been "deprived of opportunities through no fault of their own", due to cheating in the present day.

The IOC cut the proposed medals and places available for the Paris 2024 Olympics, with around 120 athletes expected for the Games, down from 260 at Rio 2016, due to a pattern of mass anti-doping violations.

"We should also be under no illusion as to the hard work that lies ahead and the obstacles we must overcome," added Irani.

"We must make arrangements so that the Congresses can take place regardless of travel restrictions.

"We will also need widespread cooperation.

"For example, Professor McLaren has yet to release the second part of his report to the ITA, the Disciplinary and Ethics Commission or the independent members of the Reform and Governance Commission, despite being asked to do so."

Rounding off his message, he mentioned that planning was in place for the remaining qualifying events for the Tokyo 2020 Olympics, as well as organisation for the Games itself.

Thailand, Egypt, Malaysia, Colombia, Russia, Vietnam and Romania could all face a complete ban from weightlifting at the Games, after all have had three or more doping violations in a calendar year.

Kazakhstan, Azerbaijan, Belarus and Armenia will be restricted to just one male and female lifter at Tokyo 2020 due to having more than 20 anti-doping violations since Beijing 2008.

Eleven nations are limited to two male and female weightlifters due to having more than 10 violations since 2008.