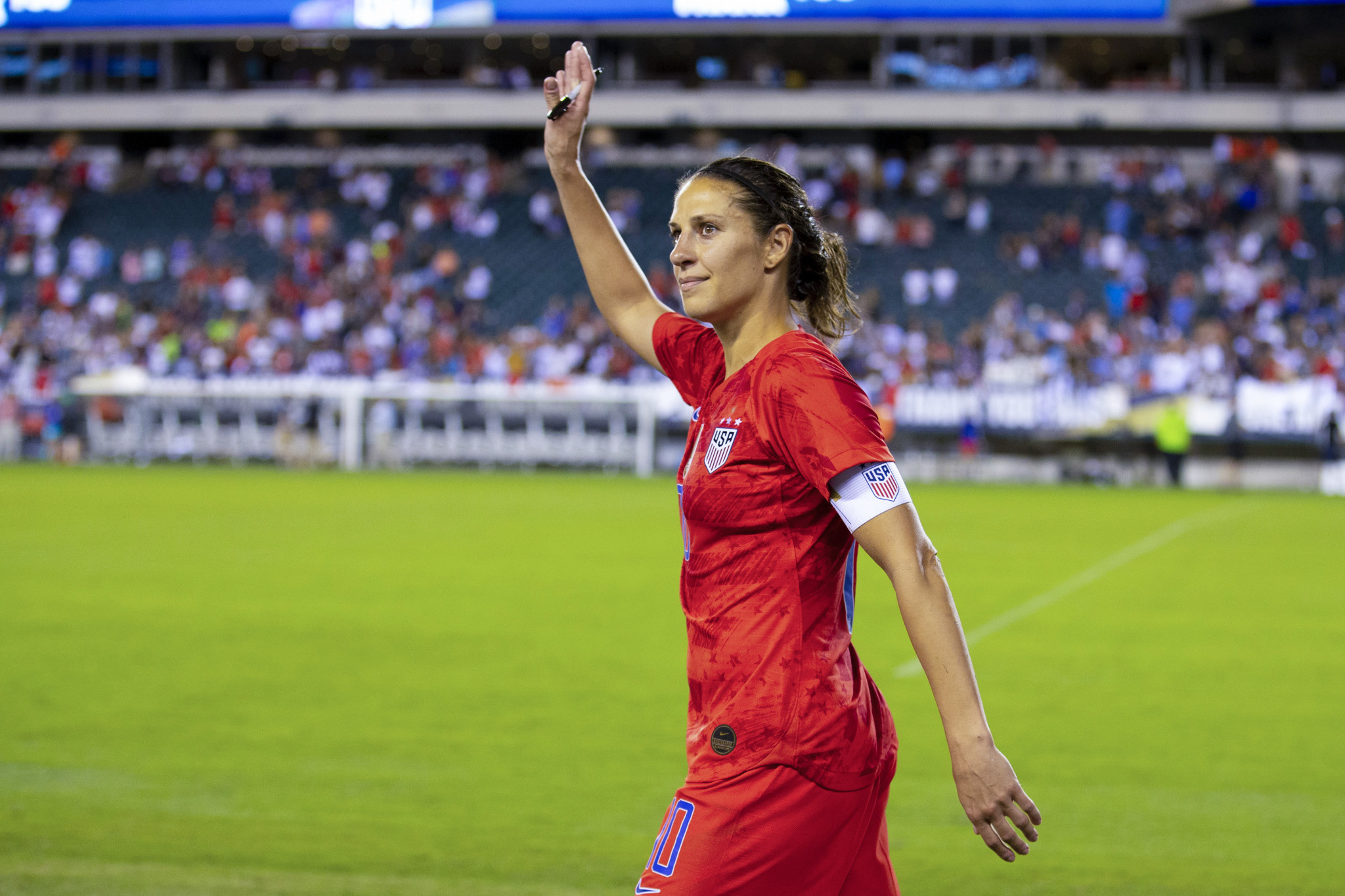 Lloyd, one of the world's greatest female footballers, says she is keen to move into "the next chapter" in her life but is hoping for "one last hurrah" at the rescheduled Tokyo 2020 Olympics, now due to take place from July 23 to August 8 2021.

"I've won awards, medals and championships with my team-mates which is amazing, but what I cherish most is the journey and to see where I have come from and where I am at now," said Lloyd, during an interview with Sky Sports programme The Women's Football Show.

"But there comes a point where you do want to step into the next chapter and my husband and I would like to have kids.

"I think this pandemic time at home has given me a glimpse of what life could look like post-soccer and I've put so many things on hold during my whole entire career which I don't have any regrets about.

"It's an amazing game and I am just thankful I have had the opportunity to play in four World Cups, three Olympics and hopefully another Olympics as well.

"I think I am ready to give it one last hurrah - hopefully make the Olympics team and win a gold with my team-mates."

Lloyd was part of the United States team that won gold in the women's football competition at both Beijing 2008 and London 2012.

In Rio 2016, the US team suffered a surprise quarter-final defeat to Sweden meaning they went home empty-handed.

She is the only second person to net a World Cup final hat-trick, with the other by England's Sir Geoff Hurst in 1966.

Reflecting on her career, Lloyd said: "I was a player who relied on my talent in the early days and didn't understand I had to work hard or understand the importance of fitness.

"I had the will, drive and desire but I needed somebody to help navigate me and bring it out and instil those other values that get you to the top.

"What I have been working on in the latter stages of my career is the tactical awareness of becoming a smarter player."

The women's football competition at Tokyo 2020 is scheduled to take place from July 21 to August 6 2021.