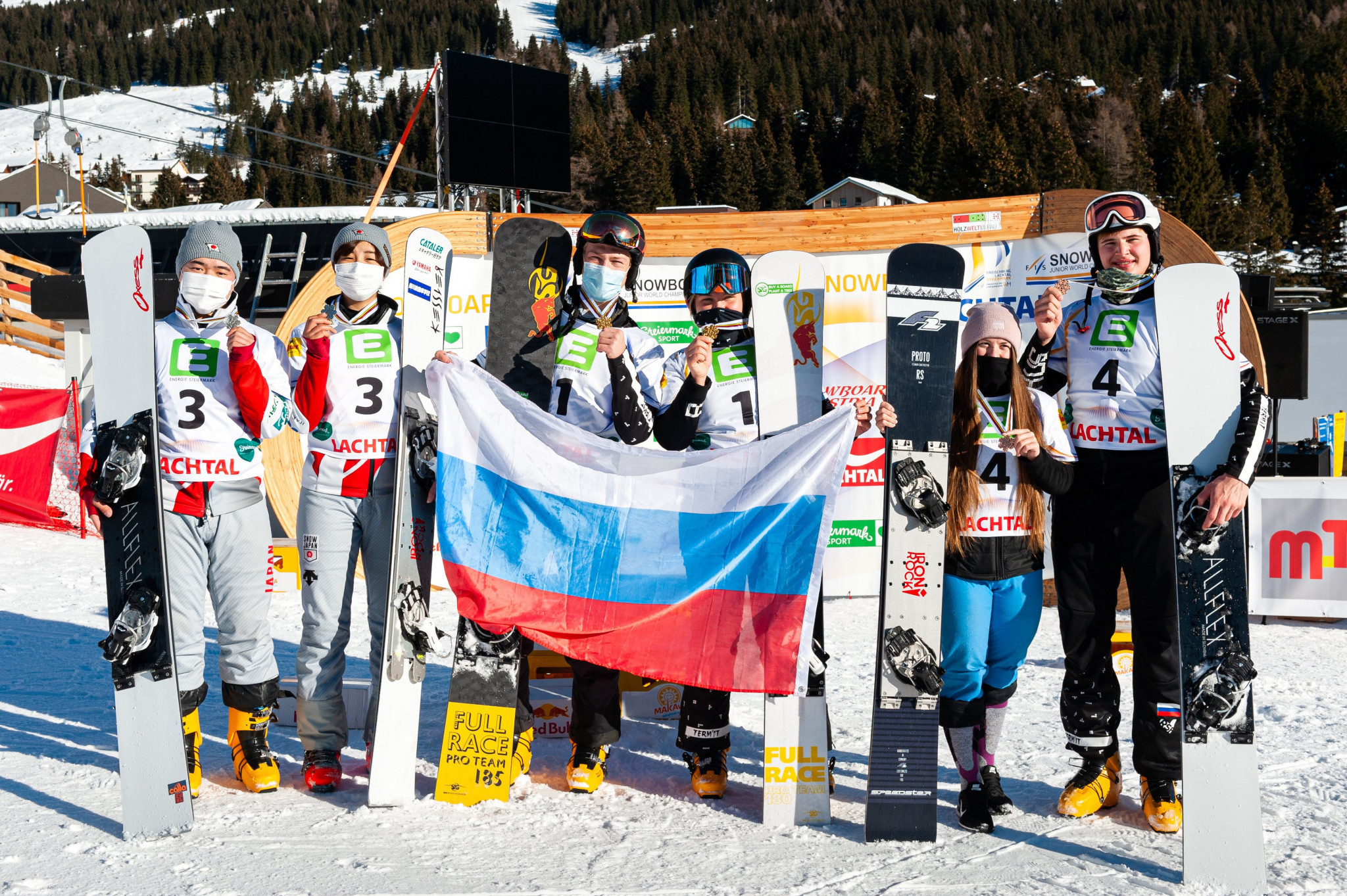 Joining the pair on the podium was Switzerland's Gian Casanova, who won the bronze in the small final ahead of Canada's Michael Nazwaski.

Russia would lay claim to both parallel slalom golds as Sofia Nadyrshina won the women's event against Tsubaki Miki of Japan.

Two of the youngest in the field, they finished ahead of Canada's Kaylie Buck, winner of the bronze after she was victorious in the small final against the Czech Republic's Zuzana Maderova.

Loginov would add a second gold of the Championships with a victory in the men's parallel giant slalom.

In the final against Germany's Ole-Mikkel Prantl, the Russian confirmed his second title in his final year in the Championships, giving his home nation its third victory of the event.

While Miki won the silver, Victoria Pukhova won the bronze in an all-Russian small final against one of the youngest in the field, Darina Klink.

Unsurprisingly, Loginov and Nadyrshina won the gold medal in the team event on the final day of competition, holding off the Japanese pair of Miki and Daichi Shimizu by close to a second in the final.

Vsevolod Martynov and Pukhova once again put Russia on the podium after defeating Casanova and Xenia Spörri of Switzerland for the bronze.