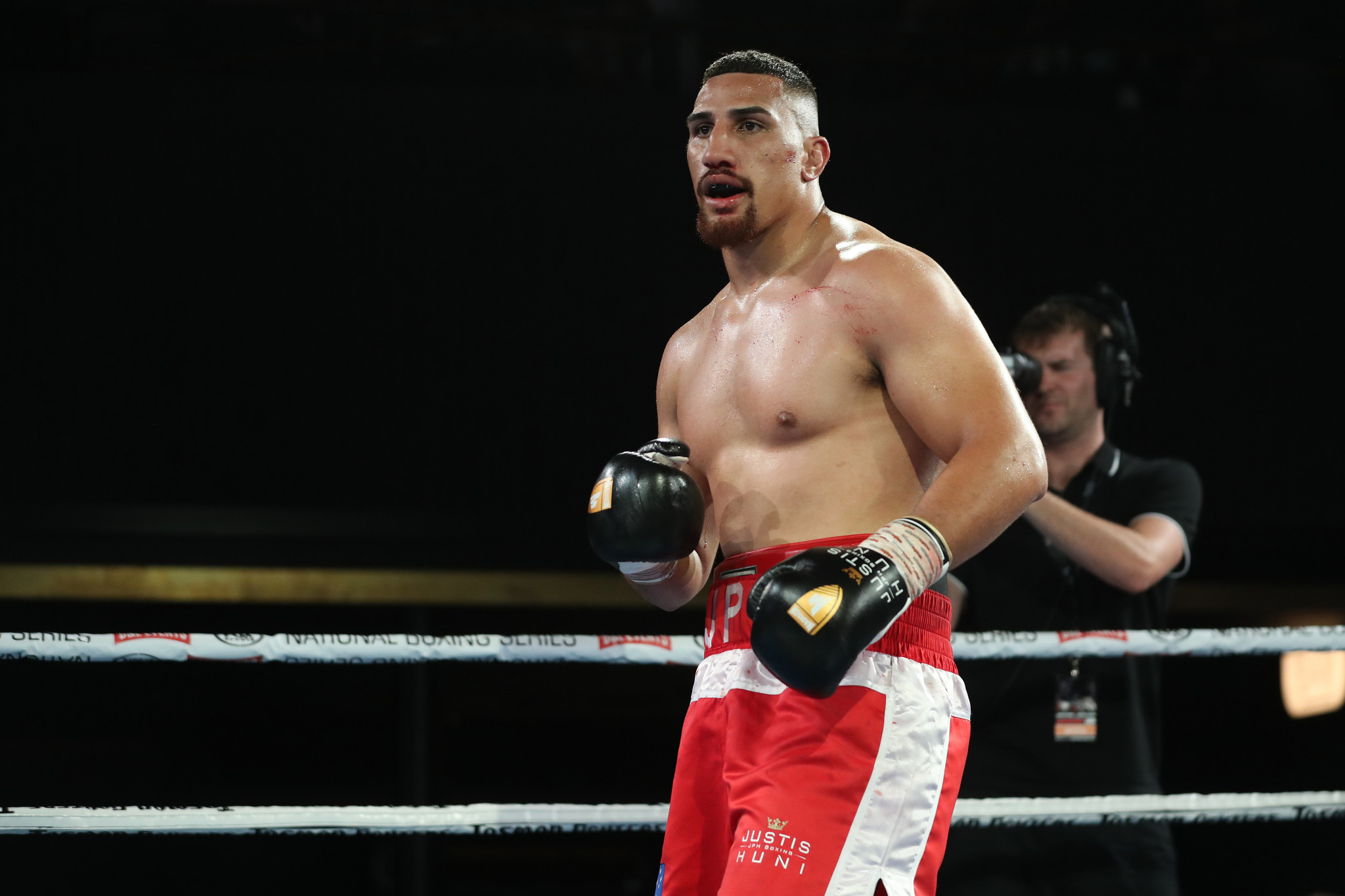 Young boxer Justis Huni is looking to win a gold medal at the Tokyo 2020 Olympics for Australia, insists his promoter, as Huni prepares to be one of the few professional boxers at the Games.

Huni, a bronze medallist at the 2019 International Boxing Association (AIBA) World Championships in Yekaterinburg in Russia, qualified for Tokyo 2020 earlier this year.

Fighting in the super-heavyweight division, Huni was second at the Asia and Oceania qualification tournament, behind Uzbekistan's Bakhodir Jalolov - the world champion.

Due to a change to eligibility rules ahead of the Rio 2016 Olympics, professional boxers are able to compete at the Games, and Huni has taken advantage of this by turning pro.

Since making his professional debut in October, Huni has defeated both Faiga Opelu and Arsene Fosso by technical knockout and is the new Australian heavyweight champion.

Promoter Dean Lonergan believes that Huni will shine at the Olympics, calling it a "massive opportunity" for the boxer.

"I see that as an acceleration of his fame levels because all Australian sports media will be assembled at those Games and by that stage, the Justis Huni train will be up and running and every available sports journalist will go to every single fight that he has in those Games because he's a red hot gold medal prospect," Lonergan said, as reported by ABC.

"I see it as nothing but positive."

It is planned for Huni to have four more bouts on the professional circuit prior to the Games, including fights with former world title-challenger Alex Leapai in May and former Australian heavyweight champion Lucas Browne in early July, according to Lonergan, who has lofty ambitions for his fighter.

"There's nothing more history-making than winning an Olympic gold medal and a world title in the same year."

Huni is not the only professional boxer set to compete at Tokyo 2020, with the Philippines' Eumir Felix Marcial - who has qualified in the under-75-kilogram division - recently making his professional debut, and others having turned to the pro ranks following the postponement of the Olympics.