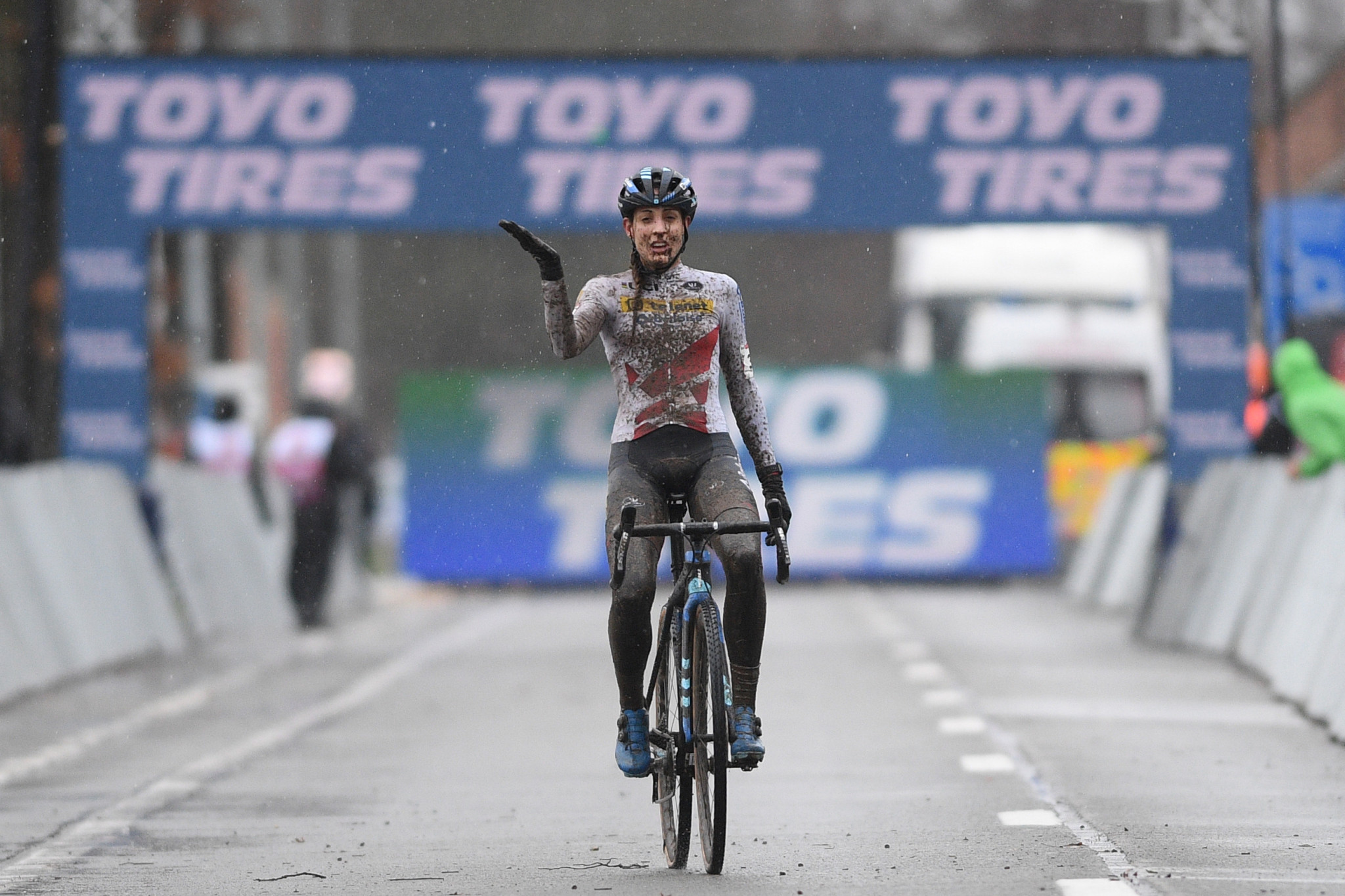 The Netherlands' Lucinda Brand made it three wins from three in the 2020-2021 International Cycling Union (UCI) Cyclo-cross World Cup season, claiming gold in Dendermonde in Belgium.

Another comfortable victory came the Dutch rider's way, finishing 15sec ahead of the United States' Clara Honsinger, who won her second silver medal of the season.

Brand took an early lead, finishing the first lap ahead of Alvarado and Belgium's Sanne Cant and with a sizable gap to the rest of the field.

Alvarado moved ahead on lap two, but a fast third lap from Brand dropped her compatriot, who was 20sec slower with only one to go.

While Brand maintained her form, Alvarado faltered further, dropping to third behind the resurgent Honsinger who recovered after a slow start.

In the men's race, Belgium's Wout van Aert took a popular victory by nearly three minutes in a dominant performance from the start.

Van Aert led a contingent out front on the first lap, being joined by Van der Poel and compatriots Quinten Hermans, Michael Vanthourenhout and Aerts.

By the second of seven laps, that group was already whittled down to just Van Aert and Van der Poel.

Hermans, Vanthourenhout and The Netherlands' Corné van Kessel were in the chasing pack, followed by Aerts.

However, the third lap ended with a clear leader in Van Aert, who took half a minute out of Van der Poel - pulling out a similar gap in every lap from there on.

Aerts was consistent to pull those chasers in, eventually dropping Vanthourenhout and Hermans to move into the bronze-medal position, finishing 3:06 behind Van Aert in the end.

Vanthourenhout finished fourth ahead of compatriot Laurens Sweeck in fifth.

Vestingcross in The Netherlands is set to host the next leg of the UCI Cyclo-cross World Cup on January 3.