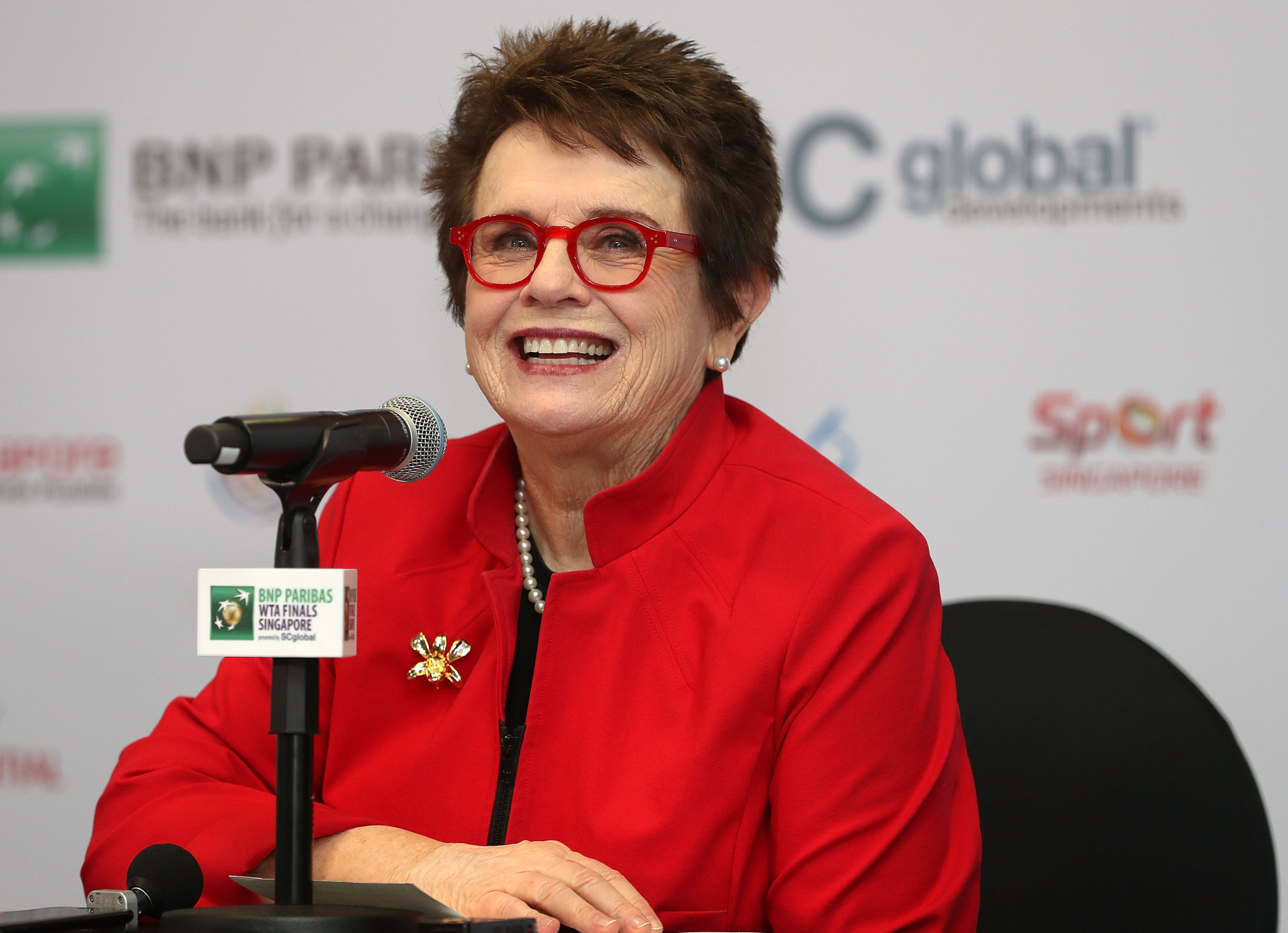 Tennis legend Billie Jean King and FIFA World Cup winner Megan Rapinoe are among more than 175 athletes to sign a brief against the bill passed in Idaho banning transgender athletes from competing in college events.

Idaho enacted House Bill 500, referred to as the "Fairness in Women’s Sport Act", in March.

The act states that "athletic teams or sports designated for females, women, or girls shall not be open to students of the male sex."

King and Rapinoe joined a large number of athletes, Athlete Ally and the Women's Sport Foundation in signing a brief filed by Lambda Legal with the United States Court of Appeals for the Ninth Circuit.

The brief highlights the athletes' belief that girls and women should have equal opportunity to participate in sport.

"There is no place in any sport for discrimination of any kind," King said.

"I’m proud to support all transgender athletes who simply want the access and opportunity to compete in the sport they love.

"The global athletic community grows stronger when we welcome and champion all athletes - including LGBTQI+ athletes."

A number of other briefs have also been filed against the bill by the National Women's Law Center, companies such as Nike and Ben and Jerry's, three former Idaho attorneys general and the American Medical Association.

The National Collegiate Athletic Association (NCAA) has also previously issued a statement declaring that the bill is "harmful to transgender student-athletes and conflicts with the NCAA’s core values of inclusivity, respect and the equitable treatment of all individuals".

The Idaho Bill states that if an athlete's sex is disputed, they must establish it by presenting a signed physician's statement that shall indicate the student's sex based on "the student's reproductive anatomy, genetic makeup, or normal endogenously produced testosterone levels."

The bill also states that there are "inherent differences between men and women", ranging from "chromosomal and hormonal differences to physiological differences."

Separate sex-specific teams are viewed as means of "further efforts to promote sex equality", with teams accomplishing this by "providing opportunities for female athletes to demonstrate their skill, strength, and athletic abilities while also providing them with opportunities to obtain recognition and accolades, college scholarships, and the numerous other long-term benefits that flow from success in athletic endeavours."

One month after the bill was passed, American Civil Liberties Union and Legal Voice filed lawsuits  against it on behalf of Lindsay Hecox, a transgender athlete aiming to compete in athletics, as well as a fellow Boise High School student who was concerned about being subjected to invasive "sex verification" testing under the new law.

In August, US District Judge David Nye granted a preliminary injunction against the enforcement of the law.

The court has not yet set a date for the oral argument.

Hecox has thanked those who filed a brief against the Idaho Bill for their support.

"I love running, and part of what I enjoy about the sport is building relationships with a team," she said.

"I’m a girl, and the right team for me is the girls’ team.

"It means a lot to me that so many people are on my side and supporting me."

Both King and Rapinoe have been vocal proponents for equality throughout their careers.