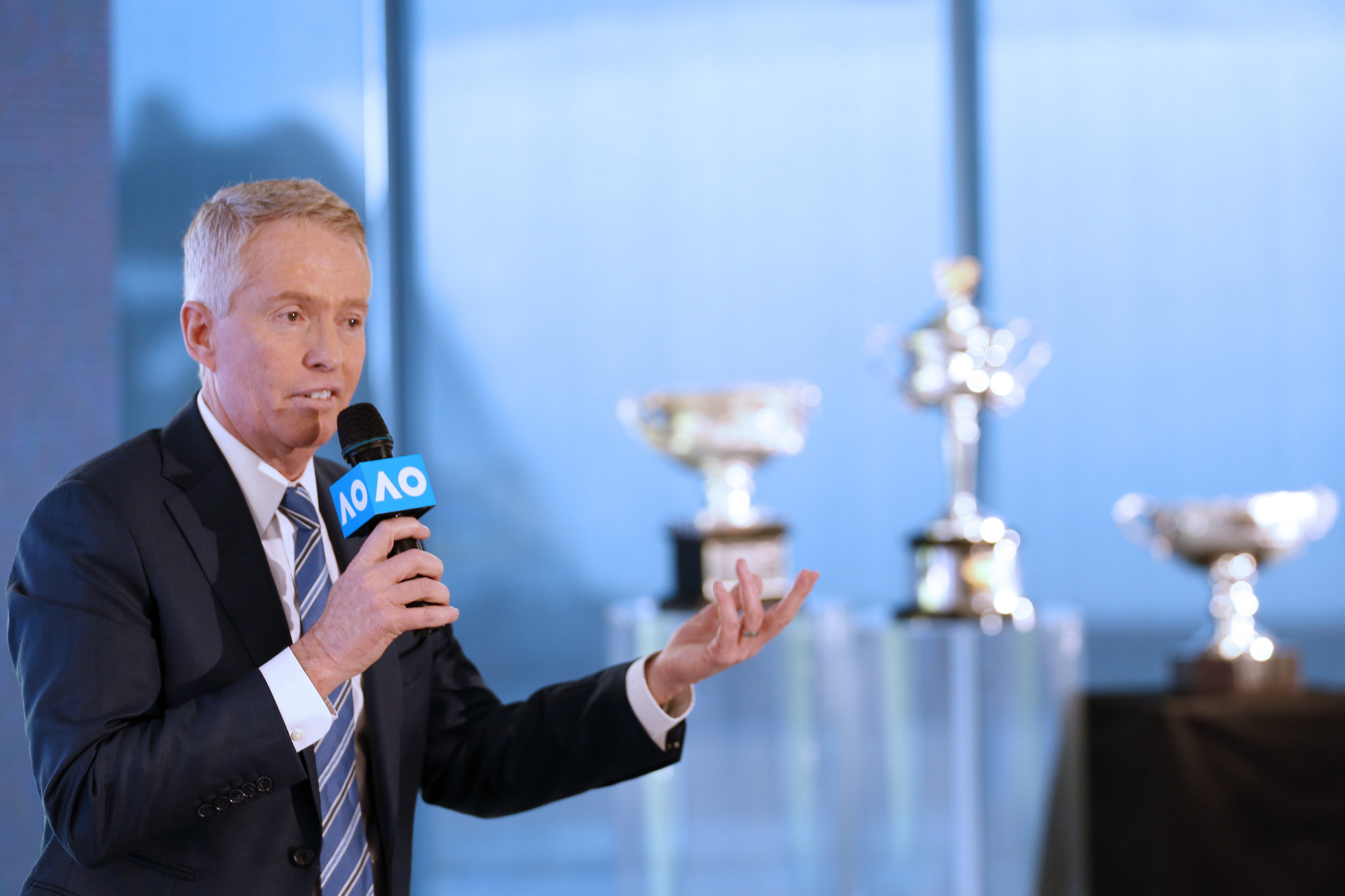 Tickets for the Australian Open have gone on sale with organisers initially looking to fill 25 per cent of the capacity of their three main show courts.

The opening Grand Slam of the year is now scheduled to take place from February 8 to 21 after it was moved back three weeks due to the coronavirus pandemic.

Australia is battling to curb a surge in coronavirus cases, but tournament director Craig Tiley is aiming to increase the number of fans able to attend as preparations ramp up for the Australian Open.

Under the current plans, the 15,000-seater Rod Laver Arena (RLA), 7,500-seater Margaret Court Arena (MCA) and the 9,600-seater John Cain Arena (JCA) will hold a quarter of their capacity.

Organisers are also looking to divide Melbourne Park into three zones - each including one of the three major arenas.

As part of the Australian Open's "COVIDSafe plan", tickets will be sold in "family pods" of between one and six to assist with social distancing.

All tickets will also be digital to minimise touchpoints and assist with contact tracing, while stadium start times will be staggered with RLA and MCA sessions commencing at 11am and JCA at noon.

It is hoped the new plan will help to combat the spread of coronavirus.

"The AO will be a great celebration for Melbourne and all Victoria after an incredibly tough year," said Tiley.

"Although our event will look a little different as we prioritise the safety of everyone, it's going to be a fantastic opportunity to come together and experience many of the best things about Melbourne - live, world class sport in an exciting festival atmosphere.

"We look forward to welcoming the world's best players to Melbourne Park.

"I know they can't wait to compete in front of crowds again and are prepared for the strict quarantine process when they arrive, all of which is a key element of ensuring everyone's safety.

"Tickets will be more limited this year so you'll need to get in early to secure your seat.

"We are starting ticket sales at 25 per cent of capacity in our three main stadiums and as we work closely with the Victorian Government, hope to be in a position to increase our numbers as we get closer to the event.

"We can't wait to see everyone at Melbourne Park in February."

Since the beginning of the pandemic, Australia has reported more than 28,200 coronavirus cases, resulting in more than 900 deaths.

The current situation has forced the qualifying events for the Australian Open to be moved outside of the country, with the men's event shifted to Doha in Qatar and the women's competition relocated to Dubai in the United Arab Emirates.

Players and support staff are then due to arrive in Australia in mid-January for a mandatory 14-day quarantine period before taking part in events ahead of the Australian Open.

The movement of players was restricted in both Paris and New York and they were regularly tested but did not have to self-isolate for 14 days.

The US Open was held behind closed doors while the French Open permitted 1,000 fans per day to watch the action after its original plan for 5,000 was cut.