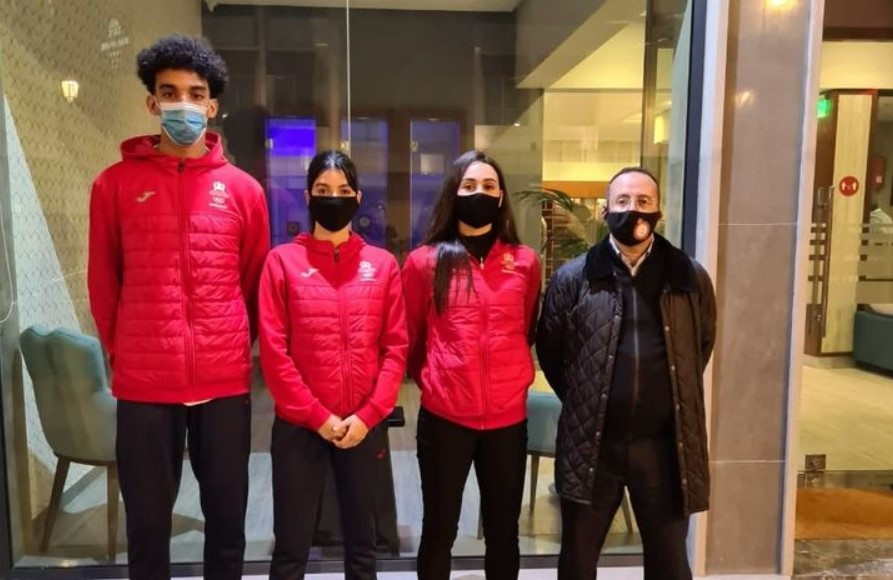 Morocco’s taekwondo players are stepping up their preparations for the rescheduled Tokyo 2020 Olympic Games with a training camp in France over the festive period.

Achraf Mahboubi, Nada Laaraj, and Oumaima El Bouchti are attending the camp which is due to run until January 23, as reported by Morocco World News.

Organised by Morocco’s Royal Taekwondo Federation, the French trip is their first training session outside of their home country as preparation builds towards the Olympics which has been delayed by one year due to the global health crisis.

Morocco’s fighters were forced to train at home for much of the coronavirus pandemic before the Moroccan Government began to ease restrictions.

Training camps have been held at the Al Akhawayn University in Ifrane with the latest taking place from November 11 to December 9.

Mahboubi, Laaraj, and El Bouchti then had just one week of rest before flying out to France.

The trio secured their places at Tokyo 2020 in February when they competed at the African qualification tournament held in Rabat in Morocco.

Mahboubi will compete in the -80 kilograms category, while Nada Laaraj will contest -57kg division, and Oumaima El Bouchti will take part in the -49kg class.

"Four years ago, I remember watching the Olympics on television as a kid," said Mahboubi.

"(By qualifying) I achieved the dream of athletes from all over the world."

Moroccan athletes have taken part in taekwondo competitions in the past five successive Olympics but have yet to bring home a medal.

Hafida El Ouacef was the last Moroccan fighter to clinch a medal when she earned bronze at Barcelona 1992.