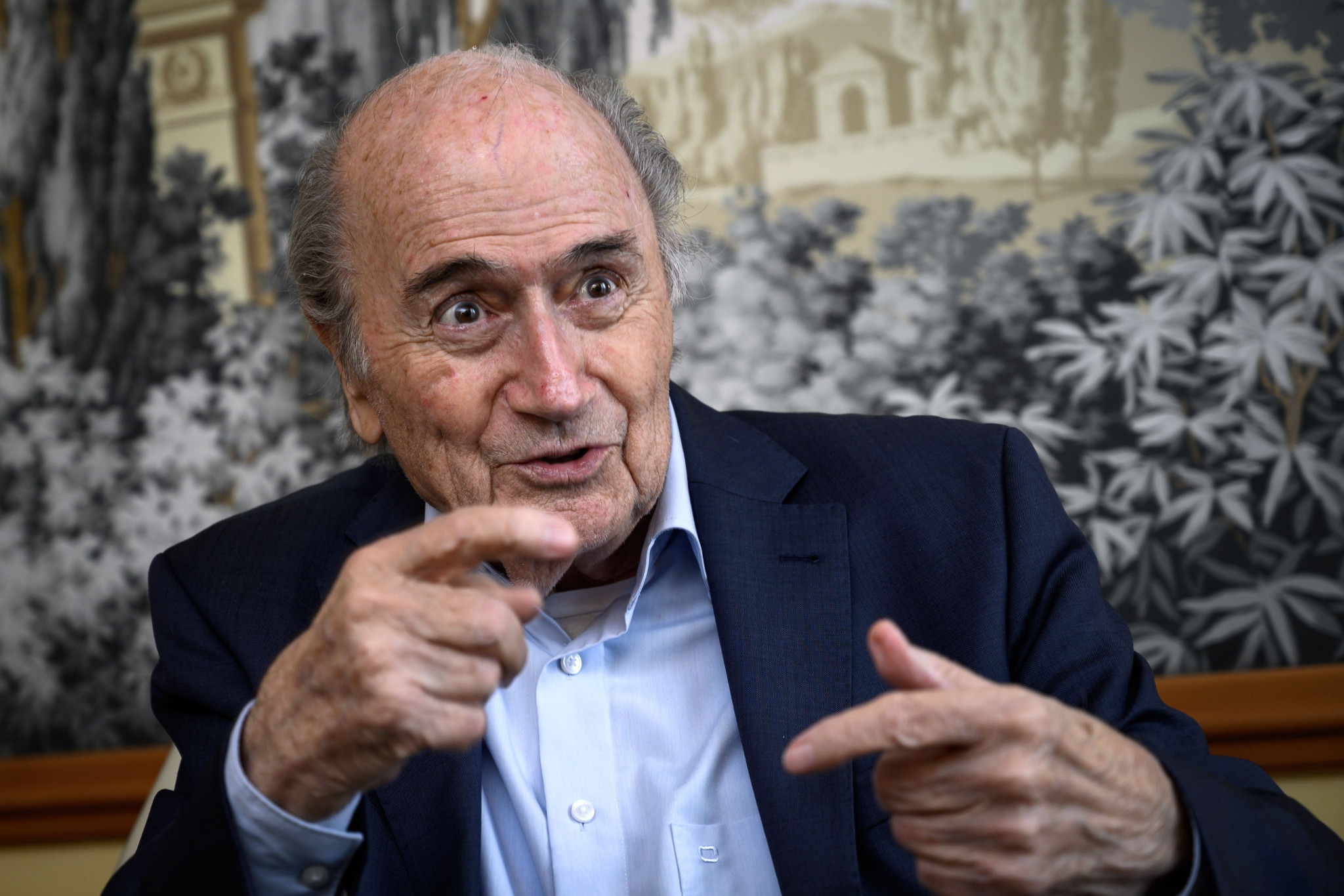 FIFA has issued a complaint against its former President Sepp Blatter over the suspected "criminal mismanagement" of the organisation's football museum in Zurich.

The worldwide governing body revealed it had lodged the complaint with a prosecutor from the Swiss city in relation to the agreements that were signed to build the FIFA World Football Museum and the "direct involvement" of Blatter and other unnamed suspects.

Plans for a museum were tabled by the FIFA Executive Committee in 2012 before work on the site began in 2014.

The museum opened in February 2016 - two months after Blatter was banned for eight years amid a corruption scandal before the suspension was cut to six.

FIFA said Blatter also locked the organisation into a long-term rental agreement on "unfavourable terms" compared to market rates which, it claims, will cost them CHF 360 million (£303.2 million/$406.7 million €332.2 million) by the time the lease expires in 2045.

"That is half a billion Swiss Francs that could and should have been channelled into the development of global football," the FIFA statement added.

FIFA deputy secretary general Alasdair Bell said the governing body had "no choice" but to issue a complaint.

"Given the massive costs associated with this museum, as well as the general way of working of the previous FIFA management, a forensic audit was conducted in order to find out what really happened here," said Bell.

"That audit revealed a wide range of suspicious circumstances and management failures, some of which may be criminal in nature and which therefore need to be properly investigated by the relevant authorities.

"We came to the conclusion that we had no choice other than to report the case to state prosecutors, not least because the current management of FIFA also has fiduciary responsibilities to the organisation and we intend to live up to them, even if those before us dismally failed to."

All documents related to the matter are expected to be submitted by FIFA to its independent Ethics Committee for investigation.

FIFA said it would also continue to cooperate with the authorities in Switzerland to ensure "people who damaged football are held accountable for their actions".

According to a report by Sky Sports, Lorenz Erni, Blatter's lawyer, claimed the accusations were "baseless" and "vehemently repudiated".

Blatter was FIFA President for 17 years before leaving the post in June 2015 after the worldwide governing body was plunged into crisis with the arrest of several executives on suspicion of corruption.

Last month, it was reported that Swiss prosecutors had widened proceedings against Blatter and former UEFA President Michel Platini regarding a CHF2 million (£1.6million/$2.2million/€1.8million) payment, which the former FIFA head made to the France international in 2011.

Criminal proceedings have opened against Blatter since the allegation was revealed in September 2015, and were extended to Platini in June.

Both maintained the payment was made as part of an oral agreement for work Platini, who served a four year ban, carried out for Blatter between 1998 and 2002.

FIFA's Ethics Committee dismissed that claim and its ruling was later upheld by the Court of Arbitration for Sport.