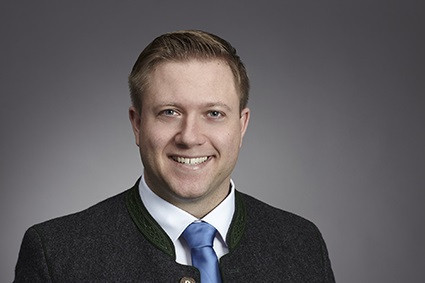 Florian Sperl has been unanimously elected as President of the German Weightlifting Federation, succeeding Christian Baumgartner.

Following the election, which was held online due to restrictions caused by the coronavirus pandemic, Sperl emphasised the need for a united approach to address the challenges in the sport.

Sperl replaces Baumgartner who served two terms since taking over the reins from Honorary President Claus Umbach in 2012.

"I would like to sincerely thank you for the trust I have shown and congratulate my elected colleagues from the Board," said Sperl in a post on Facebook.

"In my imagination, I stressed clearly how important it is for me to have a closed and uniform appearance in the sense of our sport.

"Only together can we overcome the current challenges.

"I am looking forward to the task of representing our sport nationally and internationally to the best of my knowledge and conscience."

Carsten Diemer has joined the Board as youth leader while Simon Brandhuber has been elected as the athlete representative.

Matthias Steiner was the last German to win an Olympic gold in weightlifting with victory in the +105 kilogram category at Beijing 2008.