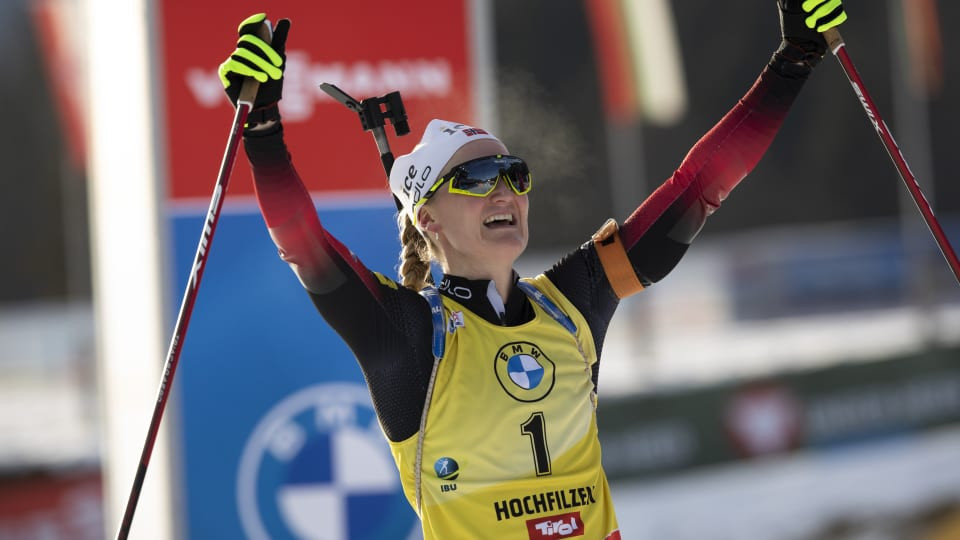 Marte Olsbu Roeiseland and Arnd Peiffer were the respective winners of the women's and men's mass start events at the International Biathlon Union (IBU) World Cup in Hochfilzen.

Norway's Roeiseland maintained her lead at the top of the World Cup standings after winning the women's mass start in 34mins 05.4secs.

Compatriot Tiril Eckhoff, who had clinched gold in the sprint and pursuit races in the Austrian town, finished 14 seconds off the leader.

Italy's Dorothea Wierer was 26.9 seconds back to take bronze.

"I was a bit disappointed about yesterday when I had so many mistakes," Roeiseland said.

"Today I had some talks with my coaches and mental trainer.

"She said I had to be in my own bubble - that is what I tried to do today and it worked!"

Roeiseland ends 2020 with 415 points in the World Cup standings.

Germany's Peiffer was the victor in the men's mass start with a time of 35:53.3.

Sweden’s Martin Ponsiluoma was just 1.3 seconds behind, while Tarjei Bø of Norway was 9.3 seconds off the pace.

"I am happy that I had good skis today and my shape was better than I expected because yesterday was quite tough for me," Peiffer said.

Johannes Thingnes Bø remains the leader in the World Cup standings with 428 points.

Fellow Norwegian Sturla Holm Lægreid is second on 373, followed by Sebastian Samuelsson of Sweden on 344.

The IBU World Cup season is set to resume in Oberhof on January 8.