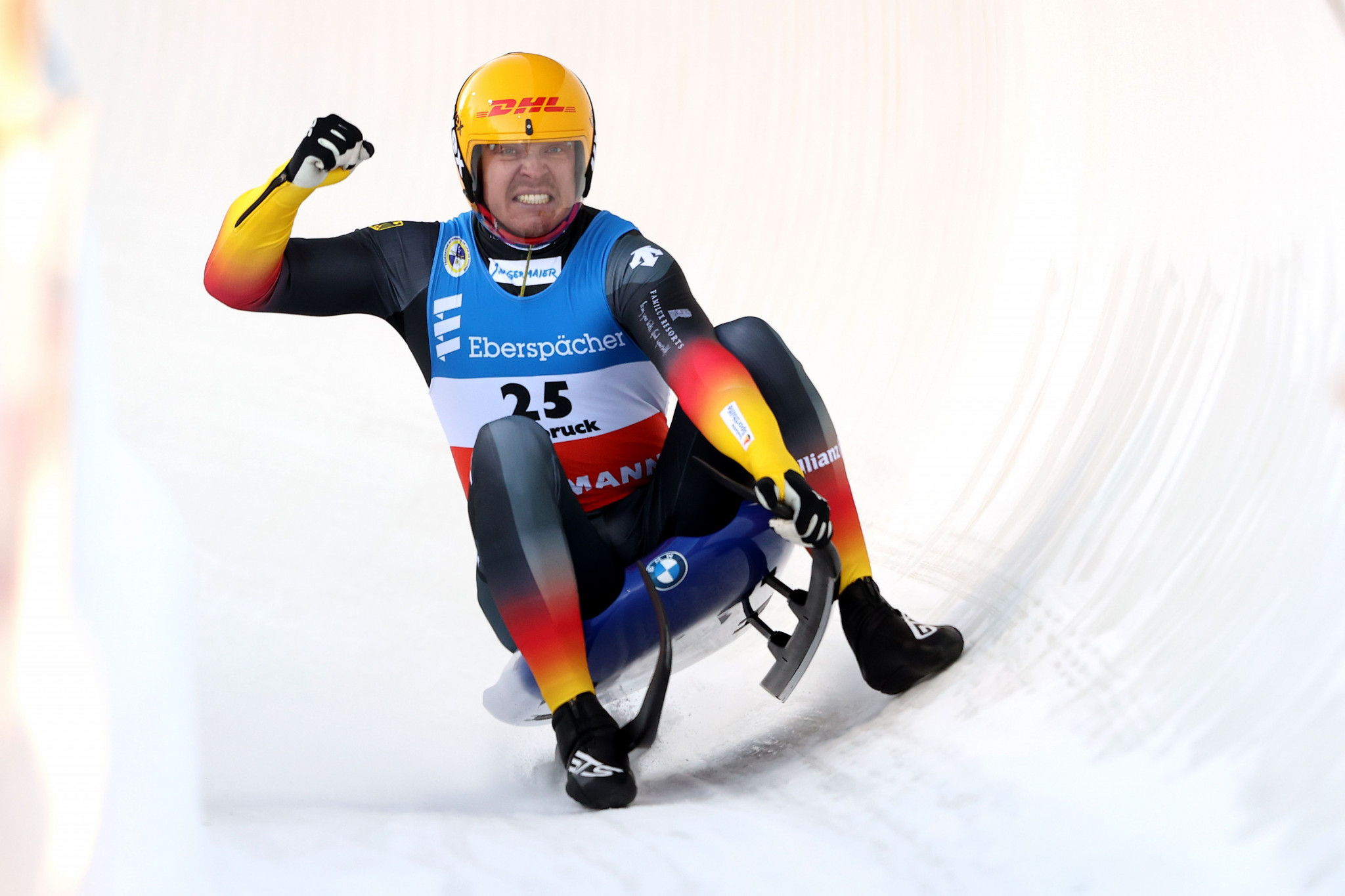 However, Loch won a men's singles contest earlier in the day, following an excellent second run.

Loch's second-run time of 51.874sec was the fastest of the contest, and enabled him to move ahead of Italian Kevin Fischnaller, who had lead at the midpoint of the men's singles.

Dominik Fischnaller, the cousin of Kevin, recovered from an underwhelming first run to post the second-fastest time of the day and squeeze into the bronze-medal position, 0.202 behind Loch.

Only 0.004 separated him from Gleirscher, while another Austrian, Jonas Müller, missed out on the podium by just 0.005.

Kevin Fischnaller's first run was undone by early mistake in the second and he placed fifth ahead of German Johannes Ludwig, who has been Loch's closest challenger so far this season.

That was until the sprint race, where Langenhan secured the victory and three-time Olympic gold medallist Loch failed to make the podium - ending a run of five straight wins.

The 21-year-old Langenhan won his first World Cup race, finishing ahead of Kevin and Dominik Fischnaller, who completed the podium in second and third.

Worsening ice quality made things difficult for Loch and the other athletes who competed later on in the event.

In one of the most dominant sprint performances of the season, the reigning World Cup champion finished 0.174 ahead of her compatriot Natalie Geisenberger, who finished second for the sixth race in a row.

Dajana Eitberger, a third German, was close behind for the bronze medal, as the trio continue to dominate the overall standings.

World champions Toni Eggert and Sascha Benecken of Germany won gold in the men's sprint doubles too, making up for a slower start to win with a clean run.

Austria's Thomas Steu and Lorenz Koller, who won the first three races of the season including the first sprint, were second despite leading through both intermediate gates.

Yesterday's winners, Tobias Wendl and Tobias Arlt of Germany, won the bronze medal to consolidate their position in third in the overall standings.