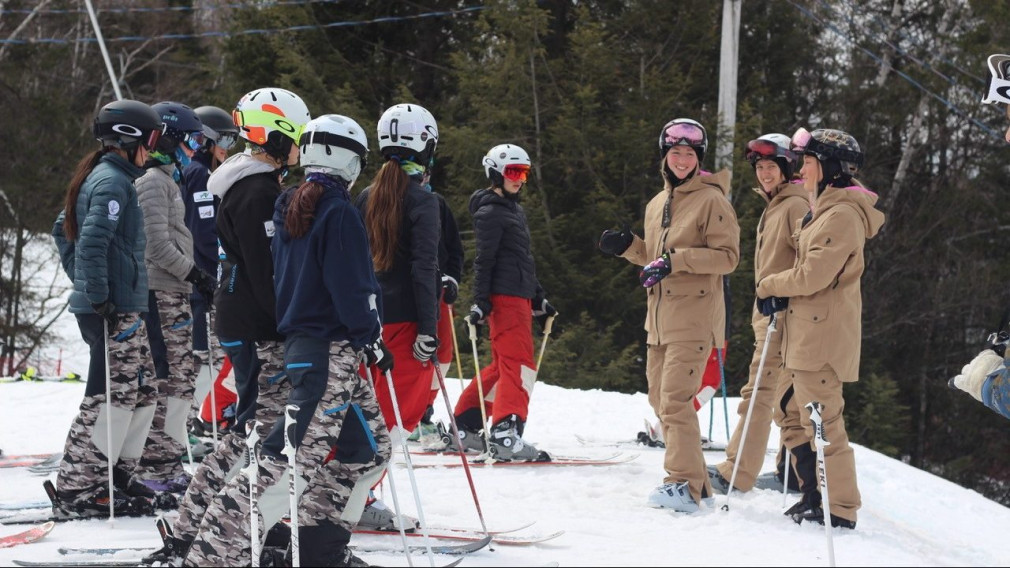 The Canadian Olympic Committee (COC) has announced 10 projects led by retired Olympians which will benefit from the OLY Canada Legacy Grant programme.

Projects were evaluated during the application process on how they would build stronger communities through Olympic values of excellence, friendship and respect, and each of the chosen schemes is set to receive a sum of CAD5,000 (£2,890/$3,910/€3,190).

How they compliment COC efforts to foster inclusion in sport and the sustainability of the projects was also evaluated.

Figure skaters Patrick Chan - an Olympic champion - and Kaitlyn Weaver have been given a grant to help with producing "bite-sized video dialogues" spreading anti-racism messages.

Heptathlete Donna Clarke, who competed at Los Angeles 1984, has set up a project that gives children aged four to 10 exposure to many sports and aims to break socio-economic and race barriers.

Clarke's NextGEN Project is the next recipient of the COC funding.

Seoul 1988 rower Heather Clarke is now focused on Nordic skiing, being heavily involved with Strathcona Nordic Ski Club, and the funding heading Clarke's way will benefit students from two nearby schools with large First Nations populations, as well as many students from socio-economically disadvantaged families.

The students are set to benefit from free skiing lessons.

Former Moguls star Maxime Dufour-Lapointe receives support for a ski camp that benefits young female athletes who do not otherwise have access to sport, with her initiative nearing its 10th year and supported by the Fédération québécoise de ski acrobatique.

Con Kudaba, who was part of Canada's first men's Olympic water polo team in 24 years at Beijing 2008, is now a swimming coach looking to help young athletes from lower-income households overcome the costs associated with competition and travel.

Carmelina Moscato, a football bronze medallist at London 2012, created the Coaching for Impact initiative which looks to increase female leaders within sport, with the grant covering the costs for four of this year's 15 women who are starting their coaching careers.

Sydney 2000 swimmer Tim Peterson is looking to develop a training camp for adolescent high-performance swimmers, with the grant set to help with funding the programme for four years.

Montreal 1976 swimmer Andy Ritchie looks to create more opportunities for swimmers in Thunder Bay, in remote north-west Ontario, and the grant will support efforts to buy and install a FINA-approved starting platform.

"We are very grateful for the support from this grant as it will directly impact Spirit North’s ability to empower and inspire indigenous children and youth through sport and play," Scott said.

Finally, two-sport Olympian Seyi Smith, who competed in athletics and bobsleigh at London 2012 and Pyeongchang 2018, attempts to improve sport's sustainability during the athletics season in Calgary, specifically by reducing waste at meets.

This includes through the use of a mobile water fountain to replace single-use plastic bottles, and the grant will support these efforts.

This is the second year of the OLY Canada Legacy Grant programme, with five recipients benefitting in 2019.