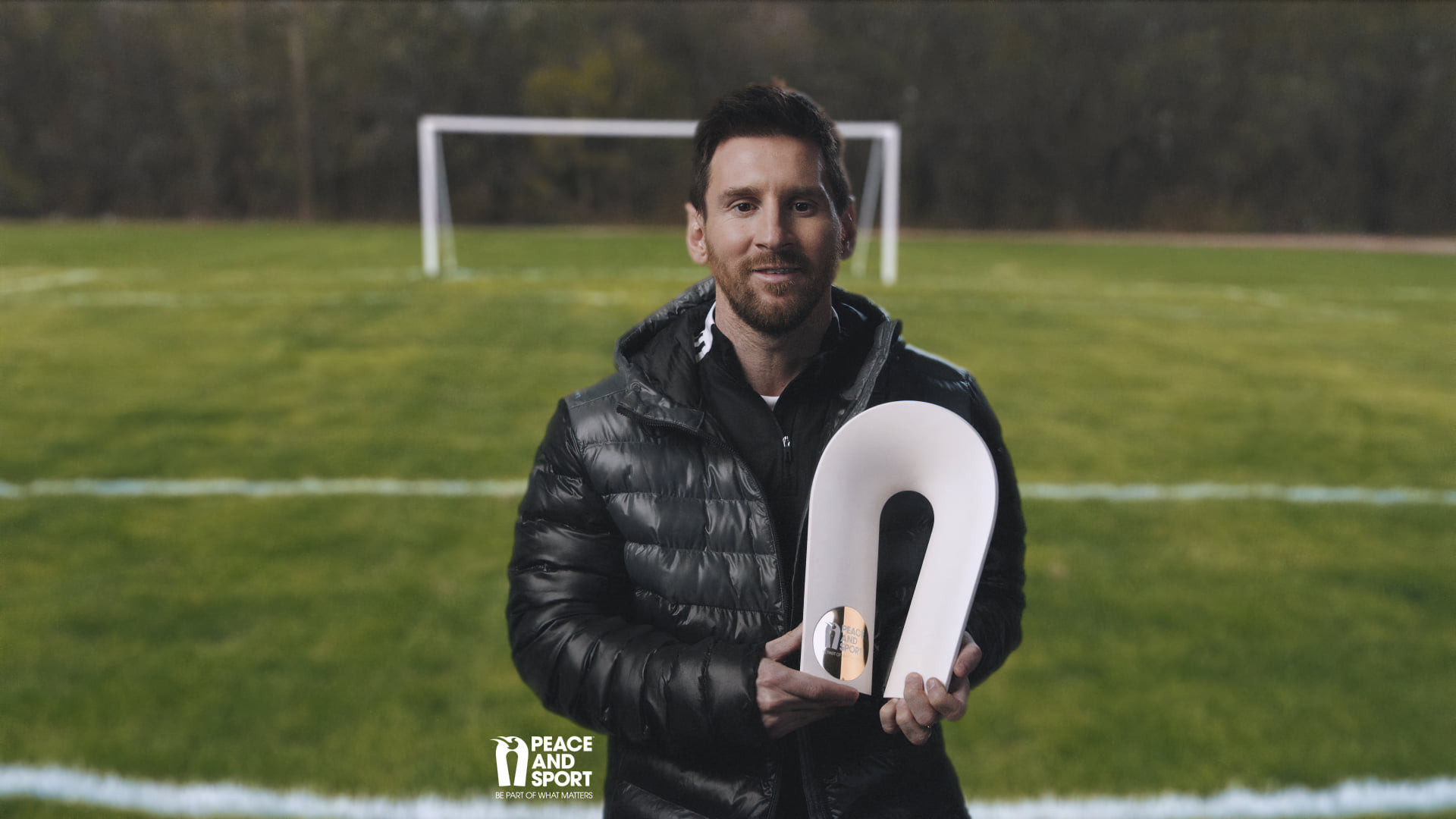 Argentinian and Barcelona footballer Lionel Messi has been recognised for his work both on and off the field, as he was named the Champion for Peace of the Year on the final day of the 2020 Peace and Sport Awards.

Regarded as one of the best footballers to ever play the sport, Messi was given the accolade for his work on and off the field.

This includes his work with the Messi Foundation, a non-profit organisation dedicated to performing acts of solidarity and social commitment.

"At Peace and Sport, we honour those who use their influence to create a lasting impact on society and contribute to a better and more peaceful world," said Prince Albert II of Monaco, an International Olympic Committee member.

"We believe that the example he sets as a role model for fair play on the field and also his social contribution makes true impact in today's society."

He has only played for the Spanish club during his 17-year career.

He is also the Argentina national team's top goal scorer, with 71 goals in 142 appearances.

"It is a great pleasure to receive this beautiful recognition," said Messi.

"Generally, I do not seek recognition, but I am very happy to receive this prize.

"I always try to respect everyone on the football pitch, even if I always want to win and to compete.

"I think that respect towards the others is essential so yes, I am very happy to be recognised as a fair player.

"I am not the only one to endorse this responsibility, as every football player does.

"We are particularly responsible towards youth, who look at us and follow our example.

"I always try to be myself and it is always the best way to transmit things, always respecting the values that I learned when I was a kid, working and giving my best in order to achieve my goals."

He spoke about the Messi Foundation as part of his achievements off the pitch too.

"It was one of my goals, and also the goal of all those working by my side to help the most disadvantaged," he added.

"We have been lucky to be able to do it and we will keep working as much as we can in order to help these people."

President and founder of Peace and Sport Joël Bouzou called Messi a "great role model" for his work with young people and development.

Vice-president of Peace and Sport and former footballer Didier Drogba congratulated Messi, while French midfielder Blaise Matuidi also welcomed the Barcelona star to the exclusive club, having won the accolade in 2018.

Matuidi was recognised for his work with disadvantaged children in his home country.