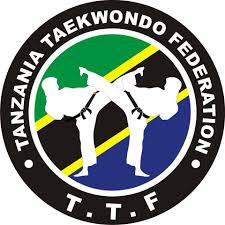 The Tanzania Taekwondo Federation (TTF) is to already start training its athletes with an eye on the Paris 2024 and Los Angeles 2028 Olympics.

The TTF plans to train young taekwondo players in primary schools as part of its long-term plan for the development of the sport.

Ramoudh Ally, President of the TTF, said the organisation is now targeting school-age athletes in order to give them as much time to prepare for future international taekwondo competitions as possible.

In Tanzania's education system, the oldest children in primary schools are 14.

"We are in talks with World Taekwondo as well as the Korean Embassy so that they may provide us with taekwondo experts who will train our trainer towards that objective; including initiating exchange products," Ally told Tanzania Daily News.

The TTF's first aim is to train older schoolchildren who could take part in Paris 2024 qualification.

Children who are currently as young as nine could be future stars for Tanzania at the Los Angeles 2028 Games, by which point they will be 17, it is hoped.

Tanzanian teenager Samwel Kivuyo competed at the African Para Taekwondo Qualification Tournament for the Tokyo 2020 Paralympics - which was held in Rabat in Morocco last year - but was unsuccessful.

Tanzania did not have any representatives at the African Taekwondo Olympic Qualification Tournament.