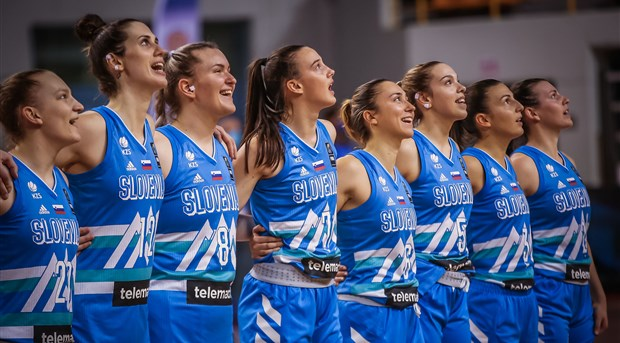 The International Basketball Federation (FIBA) has confirmed the hosts of the upcoming Women’s EuroBasket and Asia Cup qualification events.

The governing body announced an additional round of consultations were held with National Federations, leading to a decision to organise the remaining tournaments in the previously approved locations.

Seven locations will host matches during the window, with groups due to conclude at Ljubljana in Slovenia, Podgorica in Montenegro, Orenburg in Russia, Matosinhos in Portugal and Piestany in Slovakia.

Istanbul and Riga will host the conclusion of Group E and F, respectively, which feature the hosts Turkey and Latvia.

The FIBA confirmed decisions made related to the games from the November window, which were unable to take place.

The governing body said Belarus and Poland’s postponed match will be held prior to the scheduled matches in the upcoming window.

Travel restrictions had impacted Belarus’ participation in the previous window.

Albania has been disqualified from the competition after forfeiting games against Turkey and Lithuania, following travel restrictions.

Their disqualification means Serbia has advanced to Women’s EuroBasket from Group E, while Sweden’s place has also been secured.

FIBA said health and travel guarantees and compliance with FIBA health protocols were the most important criteria in determining hosts for the matches, including testing and controlled entry into a secure environment.

The COVID-19 situation in Europe will be monitored on a daily basis, with FIBA vowing to communicate further updates when necessary.

Women’s EuroBasket is due to feature 16 teams, with 14 joining co-hosts France and Spain at the tournament.

Competition is planned to take place from June 17 to 27.

FIBA also confirmed the locations of the latest round of Asia Cup qualifiers, with four venues set to host matches.

The Philippines will host Group A and C matches in Clark, while Tokyo is set to host Group B featuring hosts Japan, Chinese Taipei, Malaysia and China.

FIBA said the qualifiers would be held in bubbles, following the success of the previous window in November.

Matches will be held from February 18 to 22.

The top two teams in each group will advance to next year’s tournament, with the third place finishers competing in a final qualification round.

A total of 16 teams will contest the tournament next year.

The tournament dates were amended to avoid a clash with the rescheduled Tokyo 2020 Olympics, with the Asian Cup now expected to be held from August 17 to 29 in 2021.