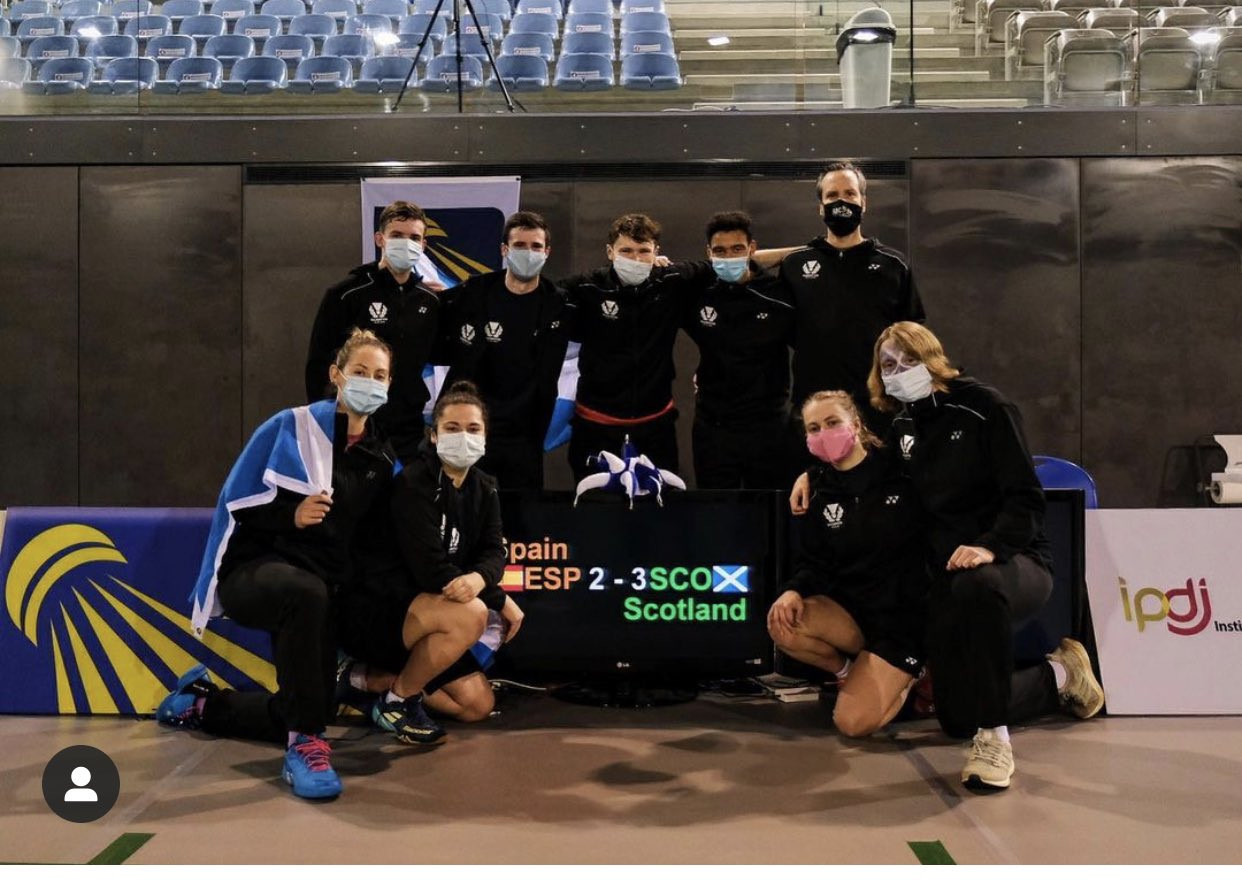 Russia, England, The Netherlands and Scotland have all qualified for badminton's European Mixed Team Championship after winning their respective qualification groups.

The Netherlands finished top of Group 3 following a tight 3-2 victory over the the Czech Republic, which gave them three wins from three.

In the group's other tie in Linz, hosts Austria defeated Slovakia 3-2.

Scotland won Group 6 after a thrilling decider versus Spain, coming from 2-1 down to win 3-2.

Kirsty Gilmour's retirement in the women's singles put Scotland on the back foot, but a comeback was on the cards and completed thanks to the men's doubles pairing of Christopher Grimley and Adam Hall, who demolished Spain's Luís Enrique Peñalver and Alberto Zapico.

Hosts Portugal could not end Group 6 on a high, losing to Ukraine to finish fourth, above only Latvia.

In Group 1 in Milton Keynes, hosts England sealed qualification after a 3-2 victory over Sweden, coming from 2-1 down.

The early match in the group saw Estonia defeat Hungary 4-1 to finish second.

Russia were dominant in Group 2, winning all three of their ties 5-0 to qualify for the European Champion in the most dominant fashion.

Their final opponent was Switzerland, who suffered the same whitewashed fate as Belgium and Poland previously.

In the group's other closing tie, Belgium won 3-2 to finish second.

Groups 4 and 5, set to have been hosted in Germany and France, were called off due to the COVID-19 crisis.

The European Mixed Team Championship is due to be held in Vantaa in Finland next year, with hosts Finland and defending champions Denmark already qualified.