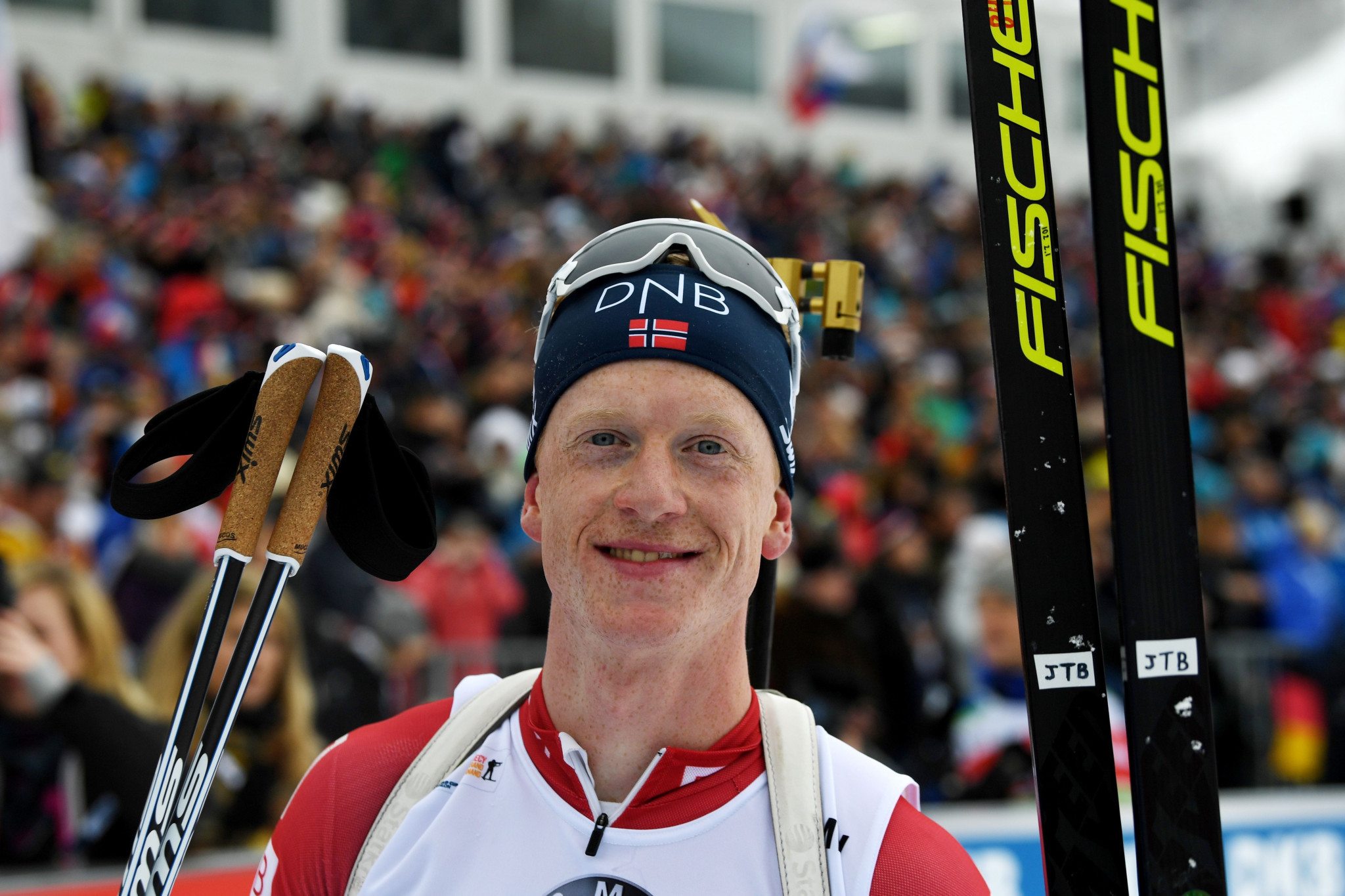 Day one will see both the men's and women's sprints over the respective distances of 10 kilometres and 7.5km.

So far, the men's sprint events this season have been won by just one family, with Bø and his older brother Tarjei winning the two races in Kontiolahti in Finland.

Germany's Arnd Peiffer and second overall, Sweden's Sebastian Samuelsson, will be looking to break that Bø sprint streak, with the brothers winning the past four races, dating back to last season.

In the women's sprint, overall leader Öberg has won both races so far this season and will look to make it a third in Austria.

Her younger sister Elvira finished third in the second sprint in Kontiolahti and could look to be one of her sibling's closest challenges to the gold.

France's Anaïs Chevalier-Bouchet and Marte Olsbu Røiseland of Norway have both finished runner-up in Finland and could also upset the World Cup leader.

The men's 12.5km pursuit and women's 10km pursuit are also due to take place on Saturday and Sunday respectively.

Samuelsson and Norway's Sturla Holm Lægreid won both distance races in Finland, but were also joined by Johannes Thingnes Bø on the podium, who finished second and then third.

This makes Bø the only biathlete to make the podium in every race so far this season, and he is the reigning overall World Cup champion from the past two seasons.

The second set pf races in Hochfilzen are scheduled to take place from December 17 to 20.