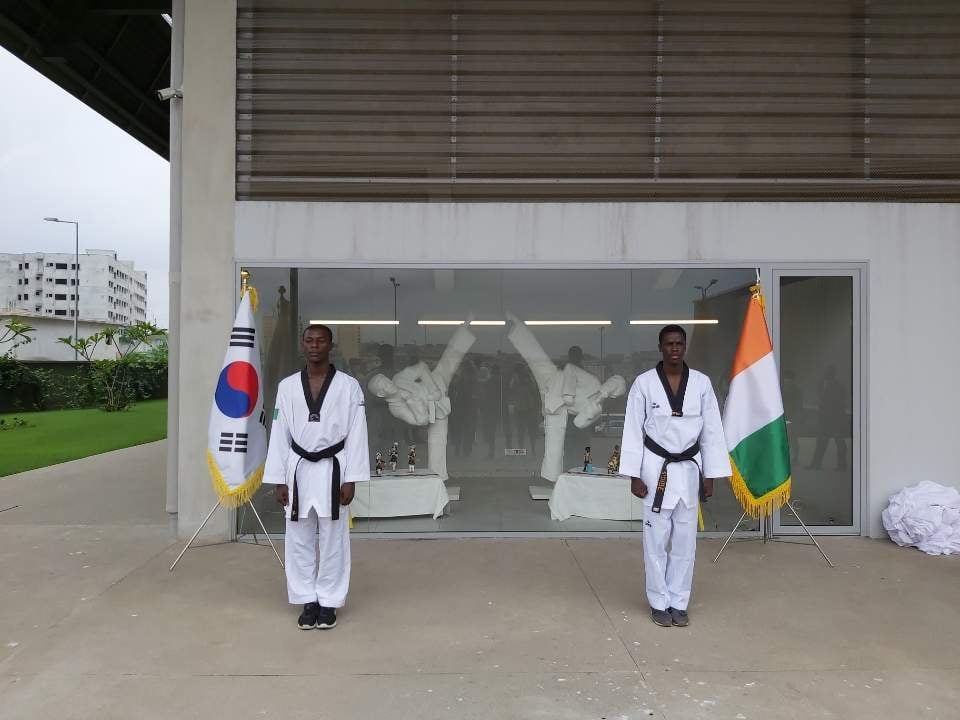 The two statues were designed by an Ivorian sculptor.

The designs show a Korean man and an Ivorian woman performing a "Yop tchagui", a side kick with the edge.

Both statues will be installed at the centre to remind visitors of the pre-eminence of taekwondo.

The donation aims to symbolise the Ivorian-Korean friendship and proof of South Korea’s aim to develop taekwondo in the centre.

Four athletes from Ivory Coast’s national teams participated in a small ceremony to coincide with the arrival of the statues.

Lee said he hoped the centre will continue the friendly cooperation between the two countries.

South Korea and Ivory Coast’s relationship will mark its 60th anniversary next year.

The centre is expected to be opened shortly.

Once completed, the facility will include a 1,500-seat competition hall which will also be used for other sports.

A conference room, computer room, library and offices for the FITKD will also be included.

The construction comes after a golden period for Ivorian taekwondo following Cheick Sallah Cissé's Olympic title in the men's 80 kilograms class at Rio 2016.

At the same Games in the Brazilian city, Ruth Gbagbi won a bronze medal in the women's 67kg event.

Gbagbi then added 2017 World Championship gold in Muju in South Korea, as well as Grand Prix titles in Moscow and Sofia and top spot at the Grand Slam Champions Series in Wuxi.