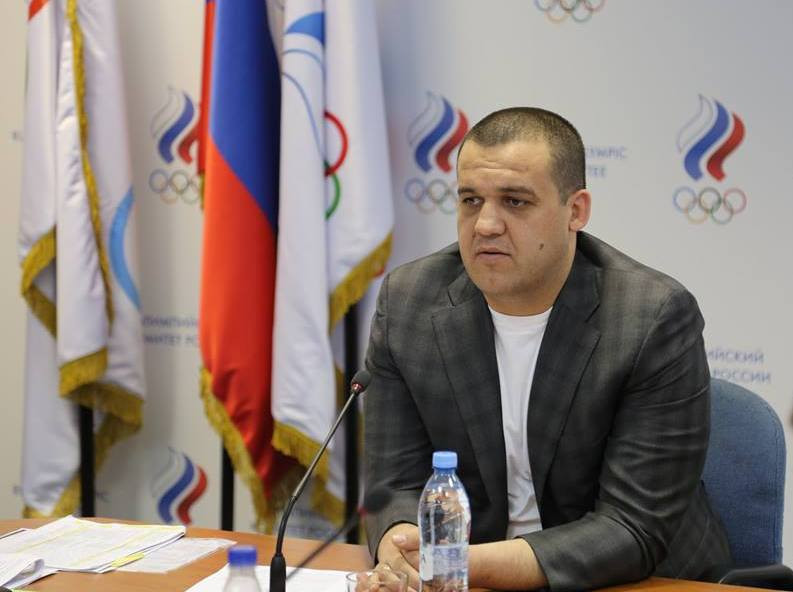 Umar Kremlev has pledged to provide equal support for boxers in all weight categories as he claimed he had the backing of more than 30 national federations in the International Boxing Association (AIBA) Presidential election.

The Russian, a candidate in the AIBA Presidential race, revealed there had been "concern" about the reduction in Olympic weight classes for male boxers.

The number of Olympic boxing quota places for Paris 2024 was reduced by 34 to 252 after the International Olympic Committee (IOC) Executive Board approved the programme for the Games yesterday.

This will ensure gender equality is reached in the sport, with seven men's and six women's events to feature at Paris 2024 compared to eight men's and five women's at Tokyo 2020.

The reduction in quota places was also due to the continued concerns surrounding AIBA, which remains suspended by the IOC and will not organise the Olympic tournament in the Japanese capital next year.

AIBA is hoping to be re-established in time for Paris 2024.

"The most important thing in the IOC decision remains the preservation of boxing in the programme of the Olympic Games with the constant number of sets of medals competed for," Kremlev said.

"I support the IOC's desire for gender equality and welcome this initiative.

"But I understand and share the concern of athletes and coaches in connection with the reduction in the number of Olympic weight categories for men.

"If I am elected for the position of AIBA President, I guarantee equal support for boxers performing in all weight categories, including those not included in the Olympic programme."

The pledge came as Kremlev claimed he had received official letters of support from more than 30 national federations, including Uzbekistan, Colombia, Serbia, Cambodia and Mongolia.

"In their letters of support, members of the world boxing community have expressed confidence in Kremlev’s proven track record as secretary general of the Russian Boxing Federation, where he has restored and developed boxing in Russia in less than four years," a statement from Kremlev's campaign office said.

"The use of the best practices that have proven their effectiveness in Russia is expected to allow world boxing to reach a new level of development in the interests of athletes, coaches and national boxing federations."

Before announcing his candidacy for AIBA President, Kremlev claimed more than 50 countries had asked him to put his name forward.

In his comments regarding the Olympic programme for Paris 2024, Kremlev suggested he would increase the number of boxing categories for both men and women.

"I am planning to increase the number of weight categories to 13, both for men and women," he said.

"My projects include the establishment of international competitions under AIBA auspices where athletes will compete, including those in non-Olympic weight categories, competing not only for medals, but also for worthy prize payouts.

"Now it is necessary to carry out all necessary reforms in AIBA so that the world sports community has no questions to it.

"It is necessary to do everything possible so that the boxing tournament in Paris is organised by AIBA.

"And in the future, we need to strive to increase the number of weight categories at the Olympic Games, both for men and women."

Kremlev is one of seven candidates standing to complete the four-year term of Uzbekistan's Gafur Rakhimov, who stood down in March 2019 following allegations of heroin trafficking - which he denied.

Morocco's Mohamed Moustahsane, who has acted as AIBA's Interim President since Rakhimov's resignation, is also among those standing in the election.

Azerbaijan's Suleyman Mikayilov and the United Arab Emirates' Anas Al Otaiba, the Asian Boxing Confederation President, are also in the race, with the field completed by the Dominican Republic's Domingo Solano, Germany's Ramie Al-Masri and Boris van der Vorst, the President of the Dutch Boxing Federation.

Kremlev is currently the secretary general of the Russian Boxing Federation, the first vice-president of the European Boxing Confederation and a member of the AIBA Executive Committee.

In recent times, the Russian has established schemes such as International Boxing Day on July 22 and the creation of the Global Boxing Forum, an event designed to help bring amateur and professional boxing closer together and increase cooperation.

He was also behind the launch of the AIBA Global Forums, an opportunity for national governing bodies in regions across the world to enter into dialogue with senior leaders.

Kremlev announced his candidacy for the AIBA Presidency in October during a media conference in Moscow, which was streamed online.

The Russian recently released a promotional video which repeats his claim that he will pay off AIBA's debt within six months and attract at least $50 million (£38 million/€42 million) in sponsorship over the next two years.

The debt situation is one of the factors facing the next AIBA President, along with convincing the IOC about AIBA's reforms and the suitability of the election winner.

When suspending AIBA, the IOC cited concerns over its governance, finances and refereeing and judging.