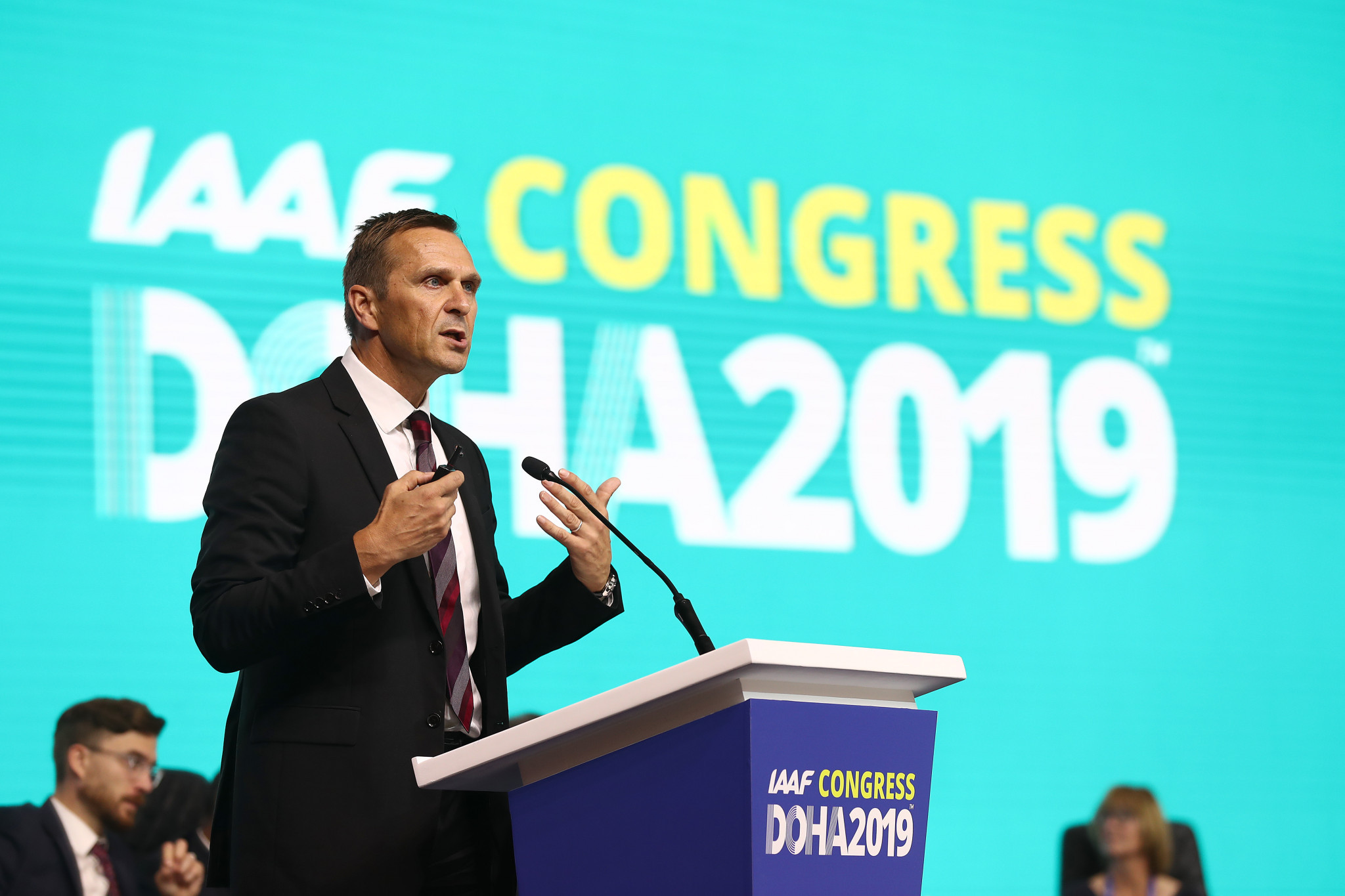 Jon Ridgeon, chief executive of World Athletics, has admitted that too many changes at once were proposed to this year’s original Wanda Diamond League programme, but he believes the balance for next year is correct.

Last Friday (December 4) the Wanda Diamond League announced that the 2021 series will include all the disciplines that had been scheduled to be removed from its top tier programme this year before the coronavirus pandemic prompted a radically re-shaped set of meetings.

The full programme of 32 events - which would have been reduced to 24 this year - has been restored for 2021, with the live broadcasting slot returning to two hours’ duration from its proposed reduction to 90 minutes.

"I think it was a number of influences that caused us to step back from one or two of the plans we had for this year – like the 90-minute window, like the reduction of the number of disciplines," Ridgeon, the World Athletics chief executive, told insidethegames.

"Athletics is a traditional sport, and changes can be painful.

"Perhaps last year there were a number of changes on the table at once and perhaps that was too much."

The Wanda #DiamondLeague expects to return to a competitive season in 2021, with 13 meetings leading up to a two-day final in @WeltklasseZH.

Athletes will compete in 32 disciplines for the Diamond Trophy, and the prize money has been restructured.https://t.co/LYC4rK5v08

Had 2020 gone as per programme the triple jump and discus would have been dropped from the Diamond League, being relegated to the newly created World Athletics Continental Tour, while the 200 metres and 3,000m steeplechase would have been only partially present without being scoring events for the final, and the 5,000m would effectively have been replaced by 3,000m races.

The news of this major revision of its programme by World Athletics was welcomed by the group that formed largely in reaction to the planned reductions announced last November, The Athletics Association (TAA).

Ridgeon revealed that changes to the plans formulated in November 2019 had begun in earnest in August and September this year.

"That’s when the intensity of regular conversations with all our key stakeholders really began," he said.

"Some of our key Diamond League broadcasters said to us that actually, do you know, we quite like the two-hour window.

"And also the fact that there were a number of groups, including some of the broadcasters and certainly some of the athletes, saying ‘we want all the disciplines back in as well.

"One of the reasons for that was that it is so difficult at the start of the year to predict which disciplines are going to be hot and which aren’t.

"So you might end up excluding a discipline that ends up being a real hot event.

"Clearly to include all the disciplines - and it’s still a struggle by the way - but in order to do that you need a two-hour window and not a 90-minute window.

"So we said, 'Right. Is there a way we can achieve everything here – the intensity of the product and also at the same time a two-hour broadcast window…

"Some broadcasters wanted to stick with the 90 minutes, but ultimately everyone felt comfortable with two hours providing the product was good.

"They also embraced many of the innovations we talked about."

Those included Wavelight technology - a sequence of lights pulsing on the inside rim of the track indicating target pace for record attempts - and the controversial "Final Three" format for all field events in which three athletes qualify for a "final" with all previous marks wiped out.

"The broadcasters believe that concepts like the Wavelight technology and the 'Final Three' will help them tell the story of the meeting better," Ridgeon said.

"The timeslot was not so much important - it was what went into that time slot.

"Ultimately the product is more important than whether it is a 90-minute or 120-minute window."