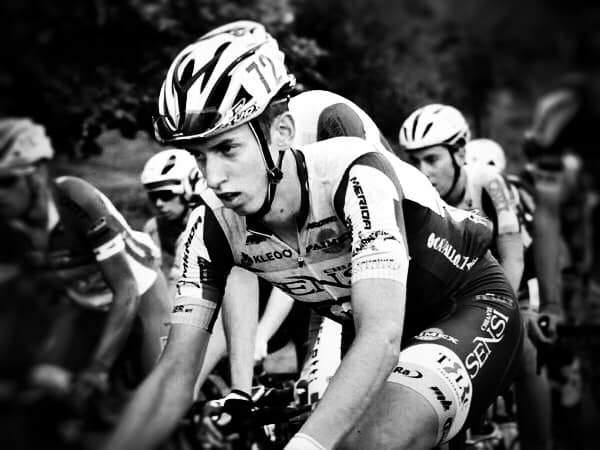 The Mastromarco Sensi Nibali cycling team has paid tribute to Michael Antonelli following his death from coronavirus at the age of 21.

Antonelli rode for the Italian based under-23 team, but suffered serious injuries after a fall in August 2018.

He had reportedly begun recognising people and was eating by himself, but was still recovering in bed from his injuries.

Antonelli was admitted to hospital on November 30 after his whole family tested positive for coronavirus.

His mother and brother were placed into isolation, but Antonelli was taken to hospital due to his existing condition.

He was taken to intensive care on arrival, but his condition deteriorated and he died on December 3.

"There are no words when such a young life goes out," said Gabriele Balducci, Mastromarco Sensi Nibali's sport director.

"At this moment there is only the desire to unite in pain and stay as close as possible to Michael's family, in particular to his mother Marina, his brother Mattia and his grandfather Secondo who in these long and endless months have shown courage and a dignity out of the ordinary in being next to Michael and enduring all this very difficult situation.

"They are an example of character for all of us.

"Since that damned August 15th, everything has changed.

"Something in our lives has stopped.

"Unfortunately Michael stayed with us too little, but he still left us a lot in our hearts and in our memories.

"I do not speak only in my name but the whole team.

"Athletes, coaching staff, managers each of us share in the pain of Michael's family.

"All of us, maybe in a different way based on the character, we have lived this sad story up close and we will always carry an indelible mark inside."

Antonelli competed at the Games of the Small States of Europe in 2017.

He represented host nation San Marino in the men's road race competition at the Games.