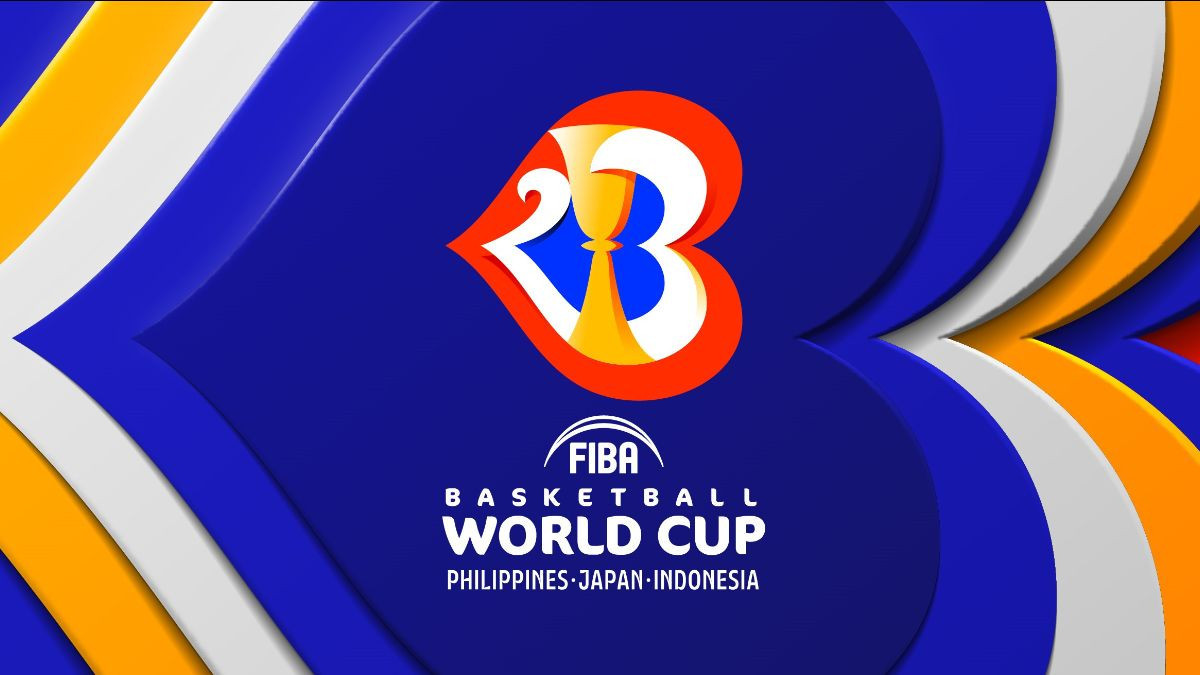 The International Basketball Federation (FIBA) has unveiled the logo for the 2023 World Cup in the Philippines, Japan and Indonesia.

According to FIBA, the logo depicts the year 2023, a heart and the Naismith Trophy, awarded to the winners of the World Cup.

The emblem was unveiled as part of the launch of FIBA's new "#DontMissABeat" social media campaign.

"We are very pleased to be part of the launch of the FIBA Basketball World Cup 2023 official logo," said Japan Basketball Association President Yuko Mitsuya.

"For the first time in history, the tournament will be hosted by three countries.

"We will continue to work together with FIBA, the Philippines, Indonesia and the city of Okinawa to create a moment where basketball fans from all around the world will feel their hearts beat together and share the excitement of the game of basketball."

FIBA Central Board member Manuel V. Pangilinan said the Philippines is "proud to be a part of this important milestone in basketball, together with Japan and Indonesia".

"The Philippines look forward to extending our brand of hospitality to the participating teams, to the world congress delegates, and to the many visitors expected to come - true to the essence of the logo we are launching today - a heart, the puso of the Filipino," Pangilinan added.

The 2023 FIBA World Cup, the first to be hosted by three countries, is set to take place from August 25 to September 10 after the dates for the tournament were confirmed in May.

The final phase of the competition will take place in the Philippines’ capital city Manila, with Okinawa and Jakarta hosting matches in the group stage.

The qualification process for the World Cup will be conducted over six windows within a 15-month period, the first of which is due to be held in November next year.

Qualification will conclude in February 2023.

A total of 80 national teams are set to compete for World Cup spots.