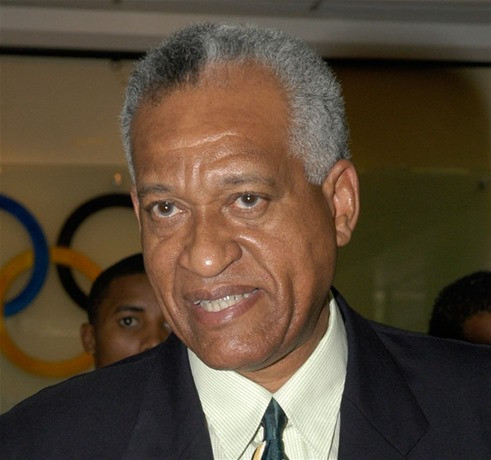 Domingo Solano's candidacy for President of the International Boxing Association (AIBA) has been thrown into jeopardy a week before the election after the Disciplinary Committee provisionally suspended the Dominican Republic Boxing Federation (FEDOBOXA) for offences including alleged corruption.

insidethegames can reveal the Dominican Republic, which put forward Solano for President, is among the National Federations hit with a provisional suspension on suspicion of four disciplinary breaches after the FEDOBOXA tried to pay the membership fee of nine countries so they can vote at the Congress.

The decision from the Disciplinary Committee could see Solano, considered an outsider in the race to become the next AIBA President, excluded from the list of candidates prior to the crucial election taking place virtually next Saturday (December 12).

According to the AIBA statutes, the membership rights of suspended Federations, which includes nominating candidates for President and voting in elections, "shall automatically lapse during the suspension period".

The nine countries - the Dominican Republic, Saint Maarten, The Bahamas, Virgin Islands, Dominica, Anguilla, Bermuda, Haiti and Suriname - have been urged to appear in front of the Disciplinary Commission on Tuesday (December 8) to plead their case and attempt to have their provisional suspensions lifted in time for the Congress.

The Disciplinary Commission has warned failure to attend the virtual "oral examination and interrogation" could result in the hearing being postponed until January.

In its interim decision and interim rulings document, seen by insidethegames, the Disciplinary Commission said the Federations "stand accused of a violation of one or more of the following disciplinary offences", including corruption, which carries a fine of CHF1 million (£835,000/$1.1 million/€926,000).

They are also accused of a "violation of statutes and rules", which could see them suspended for between six months and five years, "disparagement of AIBA’s reputation and interests" and "violation of the principles of conduct".

The AIBA Disciplinary Commission has found Anguilla not guilty of the charges, pending the oral examination and interrogation early next week.

It said Federations in Anguilla, Bahamas, US Virgin Islands, Bermuda, Dominica and the Dominican Republic had provided "defensive statements".

Antigua and Barbuda, Haiti and Suriname had "addressed letters of protest against their exclusion from the upcoming AIBA Congress to AIBA, but they failed to submit a decision in these disciplinary proceedings, as did St. Maarten".

In October, insidethegames revealed the FEDOBOXA had transferred a total of $4,800 (£3,700/€4,000) to the Americas Boxing Confederation (AMBC) to cover the dues of the nine National Federations.

AMBC President Osvaldo Bisbal reported the "disturbing case" of the payment, alleging the FEDOBOXA told the AMBC the money "was to pay for the membership fees for nine National Federations in order for them to be eligible for the upcoming Congress" on December 12 and 13.

The Argentinian, a vice-president of AIBA, also suggested the FEDOBOXA had asked for the source of the money to be covered up as it "requested AMBC to issue an individual receipt to each National Federation that AMBC pretended to receive each fee from each of these nine National Federations".

Despite the allegations, the AIBA Election Committee cleared Solano, an honorary vice-president of the embattled governing body, to stand for President.

The election rules state candidates "should in no case and under no pretext give presents or offer donations or gifts or grant advantages or benefits of whatever nature to or at the request of any party who will vote in, or who may otherwise influence, an election".

The FEDOBOXA denied wrongdoing, claiming Solano was unaware of the payment and would have warned them against it had he known.

It also accused Bisbal of attempting to deliberately damage Solano's campaign for the top job.

The winner will be the first permanent President of AIBA, suspended as the Olympic governing body for the sport and stripped of any involvement in the organisation of the boxing tournament at Tokyo 2020 by the International Olympic Committee, since Gafur Rakhimov stood down in March 2019.

"The Disciplinary Commission is carrying out a meticulous investigative process, given AMBC President Mr. Osvaldo Bisbal filed a complaint-lawsuit against us and the other 9 federations in our Caribbean region," FEDOBOXA President Ruben Garcia told insidethegames.

"That accusation in no way implies corruption, more specifically the buying of votes or wills, presumably in favor of the Dominican Republic candidate, Domingo Solano.

"We have great confidence in the Disciplinary Commission appointed by AIBA to hear the case in question, since we understand that it is made up of impartial, trustworthy people with experience in sports matters.

"It is very important to reiterate that it is imperative that prior to the election on December 12, this honourable commission decides in the next few days, definitively, the results of the indicated disciplinary process.

"Because, of not the accused would be condemned beforehand, which would be a serious violation of the previous principles, since without having been tried the sacred right to choose and to be elected would be impeded.

"It is a universal procedural principle that no one can be tried in a previous trial."