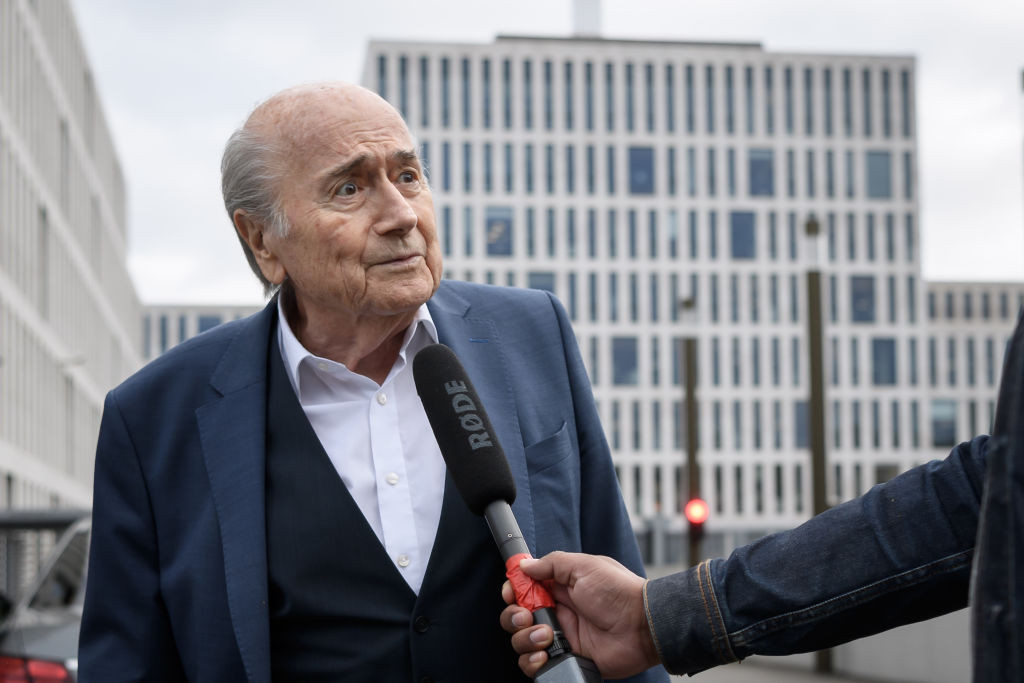 Blatter, serving a six-year suspension from football for a "disloyal payment" he made to ex-UEFA President Michel Platini, told The Athletic he had contracted coronavirus in November.

The 84-year-old said he went to hospital in Switzerland after returning a positive COVID-19 test and underwent a two-week recovery.

"I was affected by the virus," said Blatter, who was FIFA President for 17 years before leaving the post in June 2015 after the worldwide governing body was plunged into crisis with the arrest of several executives on suspicion of corruption.

"I was in quarantine for 14 days and now I’m back.

"I have no symptoms and I’m ready to fight again.

"It was three weeks ago.

"I had a cold and then I had a high temperature.

"It was just one night when I didn’t feel well.

"I had been in Zurich and when I got back to where I live I went to see my doctor.

"He immediately sent me to hospital and they tested me and said it was positive.

"But then I had no symptoms during the fortnight and I feel well."

Swiss prosecutors last month reportedly instigated criminal proceedings against Blatter and Platini regarding the CHF2 million (£1.6million/$2.2million/€1.8million) payment, which the former FIFA head made to the former France international in 2011.

Criminal proceedings have opened against Blatter since the allegation was revealed in September 2015, and was extended to Platini in June.

Both maintained the payment was made as part of an oral agreement for work Platini carried out for Blatter between 1998 and 2002, but FIFA's Ethics Committee dismissed that claim and its ruling was later upheld by the Court of Arbitration for Sport.

Blatter was also accused of once gifting $1million (£740,000/€830,000) to the Trinidad and Tobago Football Association and the now-disgraced football official Jack Warner.

It was claimed the unsecured loan was given interest-free and was later waived by FIFA.

Blatter is named as an "accused person" in the case, along with former FIFA general secretary Jérôme Valcke and finance director Markus Kattner.