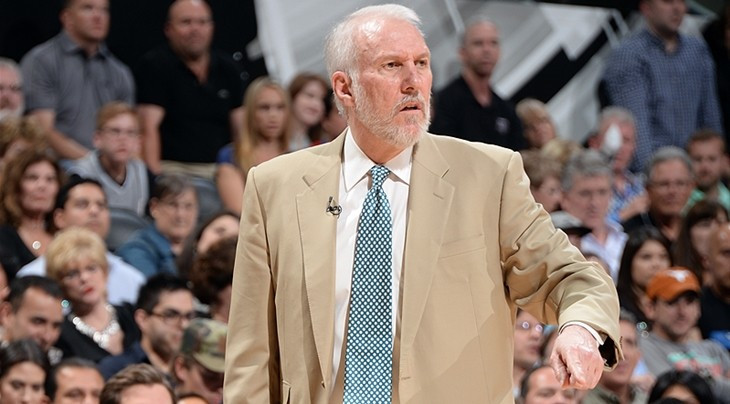 United States Olympic basketball coach Gregg Popovich has acknowledged that picking a roster for the Tokyo 2020 Olympics will be difficult, particularly with the scheduling conflicts caused by the COVID-19 pandemic.

Popovich, who is also the head coach of the National Basketball Association (NBA) team San Antonio Spurs, will succeed Duke coach Mike Krzyzewski in the role.

Krzyzewski led the US team to three successive gold medals from Beijing 2008 to Rio 2016 in men's basketball and now the Spurs coach looks to overcome the particular challenges this year.

This means the NBA Finals, which crown the season's champions, could interfere with the Olympics.

Men's basketball is set to start on July 25, but the NBA Finals could finish a week before the Games if concluded in the minimum four games.

The NBA Finals is a best-of-seven series, with a potential seventh game taking place no later than July 22.

This could be a problem for Popovich who has to select 12 players for the Games, meaning those who make the finals could lose their spots.

Now he looks to follow in the footsteps of Krzyzewski to help the US win its fourth straight gold medal in men's basketball.

"The Olympics is always on my mind, just as Coach K told me it would be," said Popovich to NBA.com.

"You can't get away from it.

"So, this scenario, as it stands right now, does seem problematic in the sense that organising things and figuring out who's going to be part of the team is yet to be determined."

A pool of between 40 and 50 players will likely be revealed by USA Basketball in early 2021, while the Rio 2016 team was picked around six weeks before the start of the Games where the roster played exhibitions in Brazil and allowed time for a training camp.

This year, the team could be picked in later June, around the end of the second round of the NBA playoffs.

"The timing does make everything difficult," said Popovich.

"And it will demand some real soul-searching and out-of-the-box type of thinking to put together the best team we possibly can."

Elite NBA players like LeBron James, Stephen Curry and Devin Booker have all previously stated their interest in representing the US team.

Brooklyn Nets will host Golden State Warriors on the opening day of the NBA season, followed later that night by the game between Los Angeles Lakers and LA Clippers.