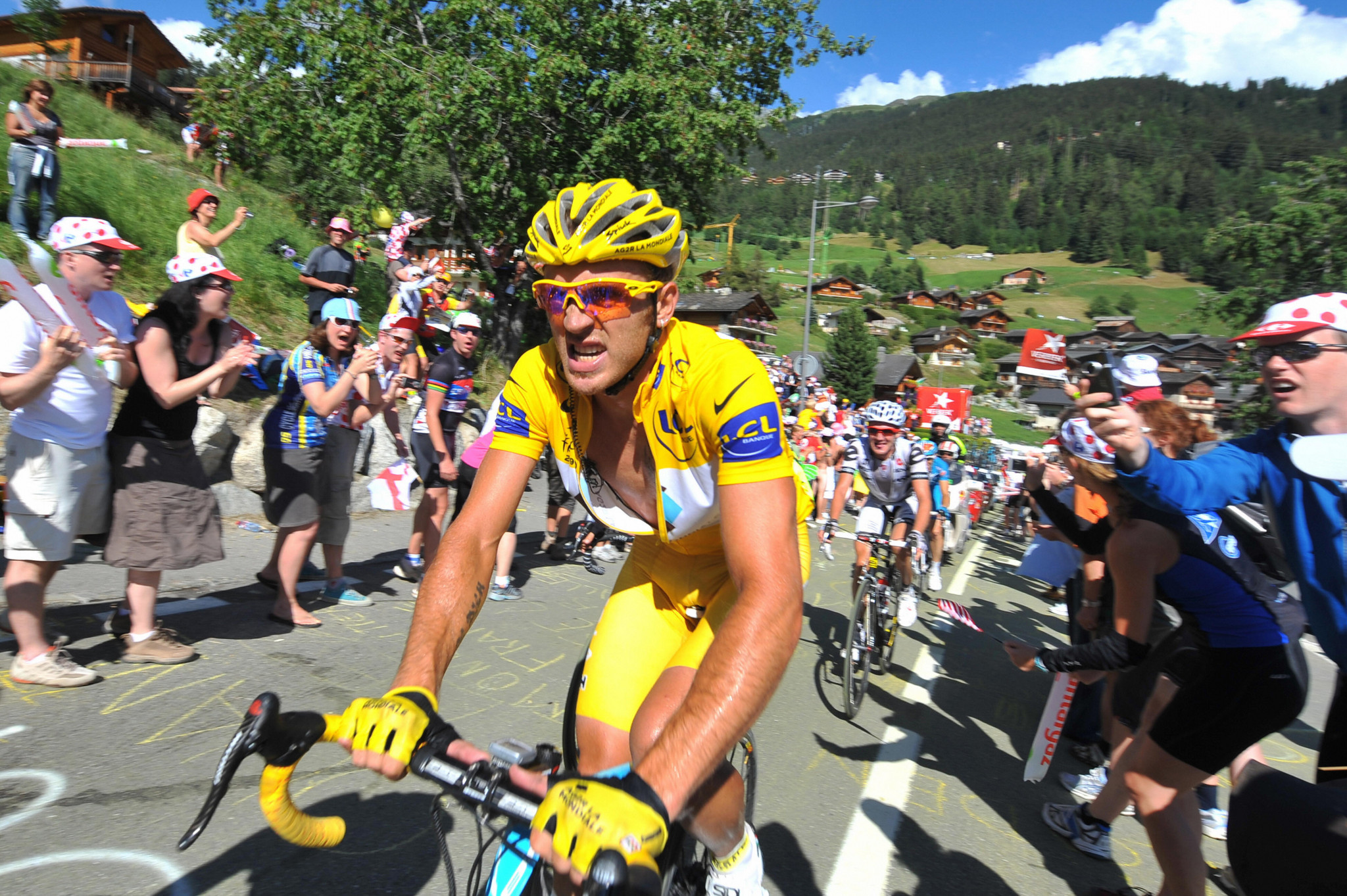 The 43-year-old Italian, who has now retired from the sport, was sanctioned by the country's National Anti-Doping Tribunal.

According to Italian newspaper Corriere della Sera, Nocentini was sanctioned "for use or attempted use of prohibited methods", after irregularities in his blood passport were reportedly detected last year.

Nocentini's results from January 1 in 2018 have been disqualified.

His best Grand Tour result came at the 2009 Tour de France when he finished 12th in the general classification.

Nocentini wore the race leader's yellow jersey for eight stages at the race, before relinquishing the lead on stage 15.

He has denied wrongdoing following the sanction.

"I find myself fighting a ghost because there is no proof of my misconduct, I am blown away," Nocentini said to Italian website Tuttobiciweb.

"I have asked that all the doping tests I have undergone in 21 years as a professional, in competition and out of competition, be rechecked.

"At 41, why should I have resorted to prohibited practices?

"They are not part of my working method or my values.

"During my career, I went through all kinds of checks and nothing ever happened.

"In the many years that I have raced as a professional there have been inquiries like Operation Puerto and those concerning Dr Ferrari, I have never been brought up in any case and in no interception, being disqualified now so heavily that it seems to me something out of this world."

Nocentini has claimed blood samples taken during the Volta a Portugal in uncontrolled conditions may have been the cause of the irregularities.

He retired at the end of 2019 following four years spent at the Sporting/Tavira team in Portugal.