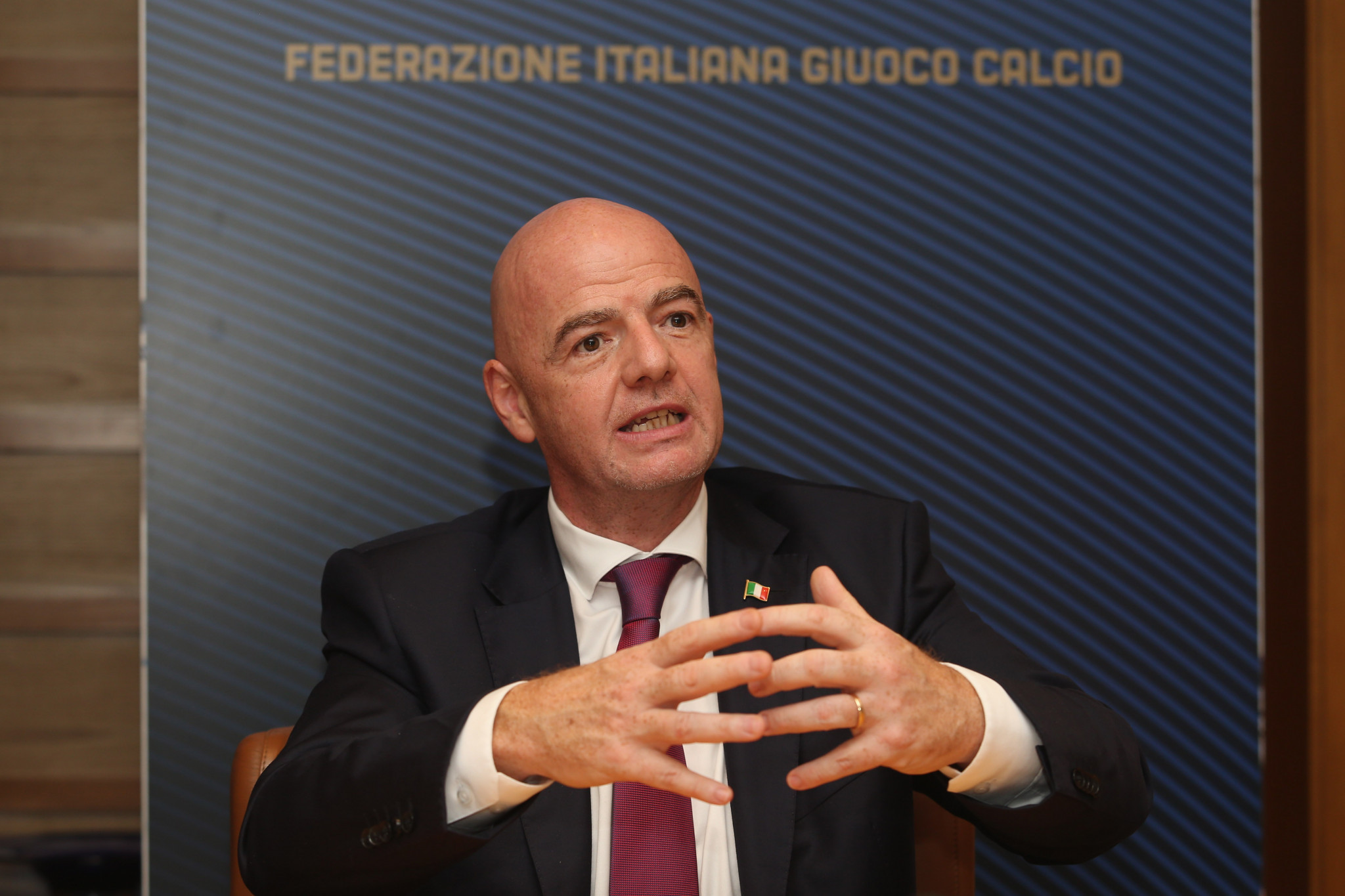 The initiative was launched by FIFA, the World Health Organization (WHO) and the European Commission in May following a spike in domestic violence during the coronavirus pandemic.

FIFA renewed the campaign on November 25 - the International Day for the Elimination of Violence against Women - as rising coronavirus cases forced many countries to impose stay-at-home measures, putting both women and children experiencing abuse at greater risk.

"Violence has no place in our society, and sports and football are no exception," said Infantino.

"FIFA is fully committed to continuing our work with leading international organisations to help end violence, by using football as a platform to raise awareness on this and other key issues facing society today."

According to the WHO, 30 per cent of women have experienced physical and/or sexual violence by an intimate partner in their lifetime.

It also understands 55 to 95 per cent of women who are survivors of violence do not disclose or seek any type of help or services.

Marc Tarabella, a member of the European Parliament and co-chair of its Sports Group, said domestic violence was having a "devastating impact" on the lives of so many people.

"Thirty per cent of women around the world have been raped, beaten, forced to act or abused at least once in their lives," he said.

"This is a real scourge that we must tackle without hindrance, at all levels of Government and on every ground.

"The first thing to break is silence.

"This is the reason for this joint campaign with FIFA, the World Health Organization and the European Parliament's Sport Group.

"We need to do everything we can to put an end to violence and abuse.

"Every victim is a victim of too much."

Tedros Adhanom Ghebreyesus, director general for WHO, added: "The world must remain steadfast in our efforts to end violence against women and girls.

"Preventing and addressing this pervasive violation of human rights should be a key part of every country's response to COVID-19.

"Every one of us must stand with survivors to ensure that they are safe and receive the support and essential services they need at all times."

FIFA said the campaign was aimed at the general public and decision-makers to not only raise awareness but what action they can take to prevent and mitigate risks.

FIFA and WHO signed a four-year collaboration in 2019 to promote healthy lifestyles through football globally.