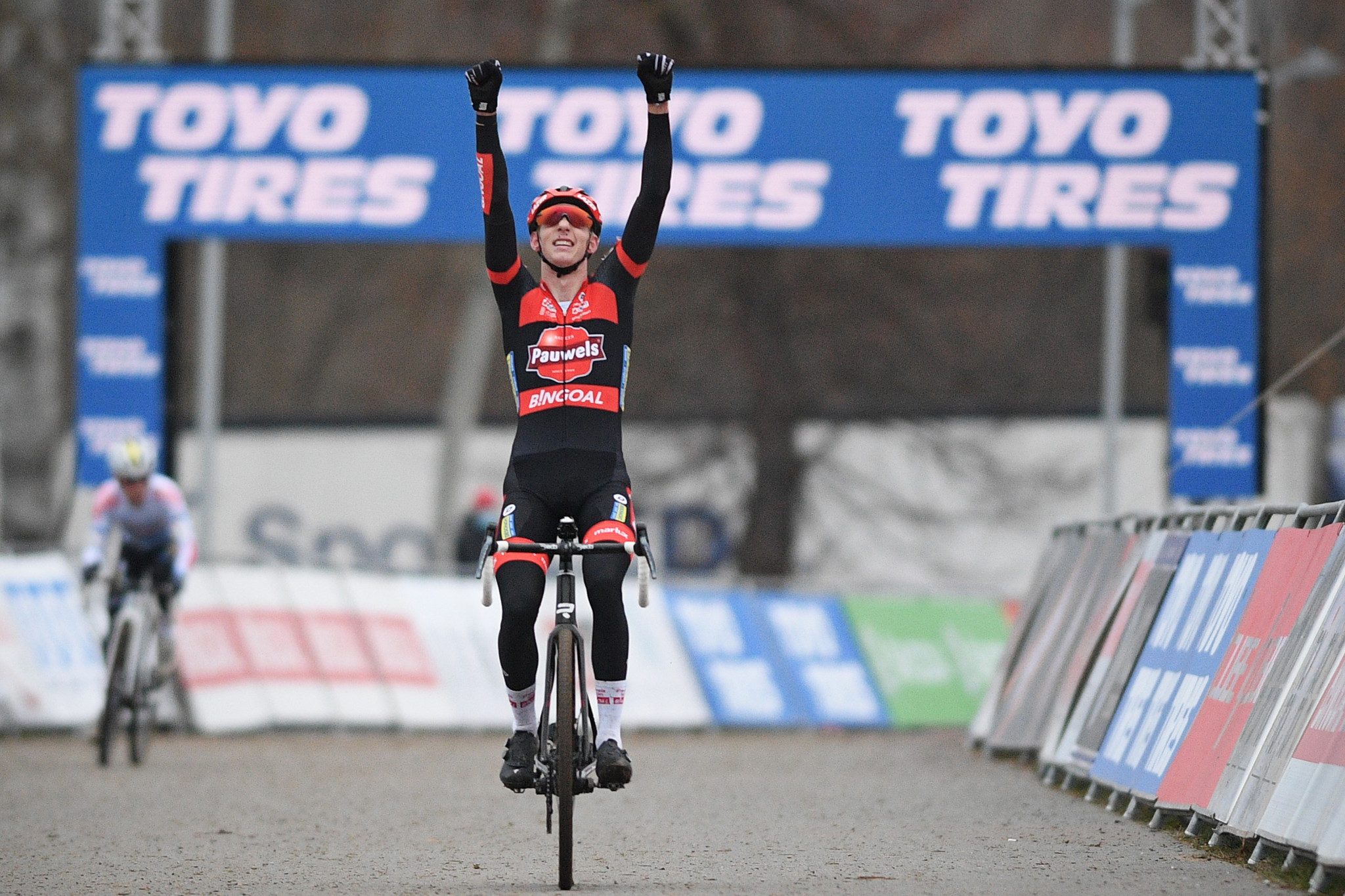 Belgium and the Netherlands recorded clean sweeps of the medals in the men's and women's elite races at the first International Cycling Union (UCI) Cyclo-Cross World Cup of the season in Tabor in the Czech Republic.

In the men's elite race, completed over eight laps, it was a 1-2-3 for Belgium.

The Belgian sweep of the medals was completed by Wout Van Aert, for Jumbo-Visma, who took bronze in 1:02.55.

It has been an impressive year for Van Aert who has enjoyed great success during the condensed road cycling season, notching up two stage wins at the Tour de France, as well as a stage win at the Critérium du Dauphiné, and victories in one day races the Strade Bianche and Milan Sanremo.

Seven of the top ten riders in the men's elite race were Belgians - with Toon Aerts of Telenet Baloise Lions in fourth, Quinten Hermans of Tormans Cyclo Cross in seventh, Daan Soete of Group Hens-Maes Containers in eighth and Diether Sweeck of Credishop-Fristads in tenth.

In the women's elite race, over six laps, it was a Netherlands 1-2-3 led by Lucinda Brand of Telenet Baloise Lions who took gold in 53:43.

Silver went to Ceylin del Carmen Alvarado of Alpecin-Fenix in 54:07 with compatriot Denise Betsema of Pauwels Sauzen-Bingoal earning bronze in 54:15.

Betsema earned bronze on points after she finished on the same time as the fourth-placed rider as Kata Blanka Vas of Hungary, racing for Doltcini-Van Eyck-Proximus Continental Team.

In total there were six Dutch riders in the top ten with the others being Annemarie Worst of 777 in fifth, Puck Pieterse of Alpecin-Fenix in sixth and Yara Kastelijn of Credishop-Fristads in tenth.

In the men's under-23 race, held over six laps, there was a British one-two with gold going to Thomas Mein in 49:19.

Silver went to his compatriot Ben Turner in 49:50 with the bronze medal going to Spain's Ivan Feijoo Alberte, who earned the same time, but finished in third due to Turner having a better points total.

In the junior men's race, contested over five laps, gold went to Matej Stransky of the Czech Republic in 41:22.

The silver medal went to Italy's Lorenzo Masciarelli in 41:29 while bronze went to Matyas Fiala of the Czech Republic in 41:35.

The junior women's race, contested over four laps, was won by Zoe Backstedt of Britain in 38:18.

The silver medal went to Marie Schreiber of Luxembourg in 38:29 with bronze going to Lucia Bramati of Italy in 39:23.

Five rounds are scheduled as part of the 2020-2021 UCI Cyclo-Cross World Cup season with the second scheduled to take place at Namur in Belgium on December 20.

The remaining rounds are due to take place in Dendermonde, Belgium, on December 27, Hulst in The Netherlands on January 3 and Overijse in Belgium on January 24.