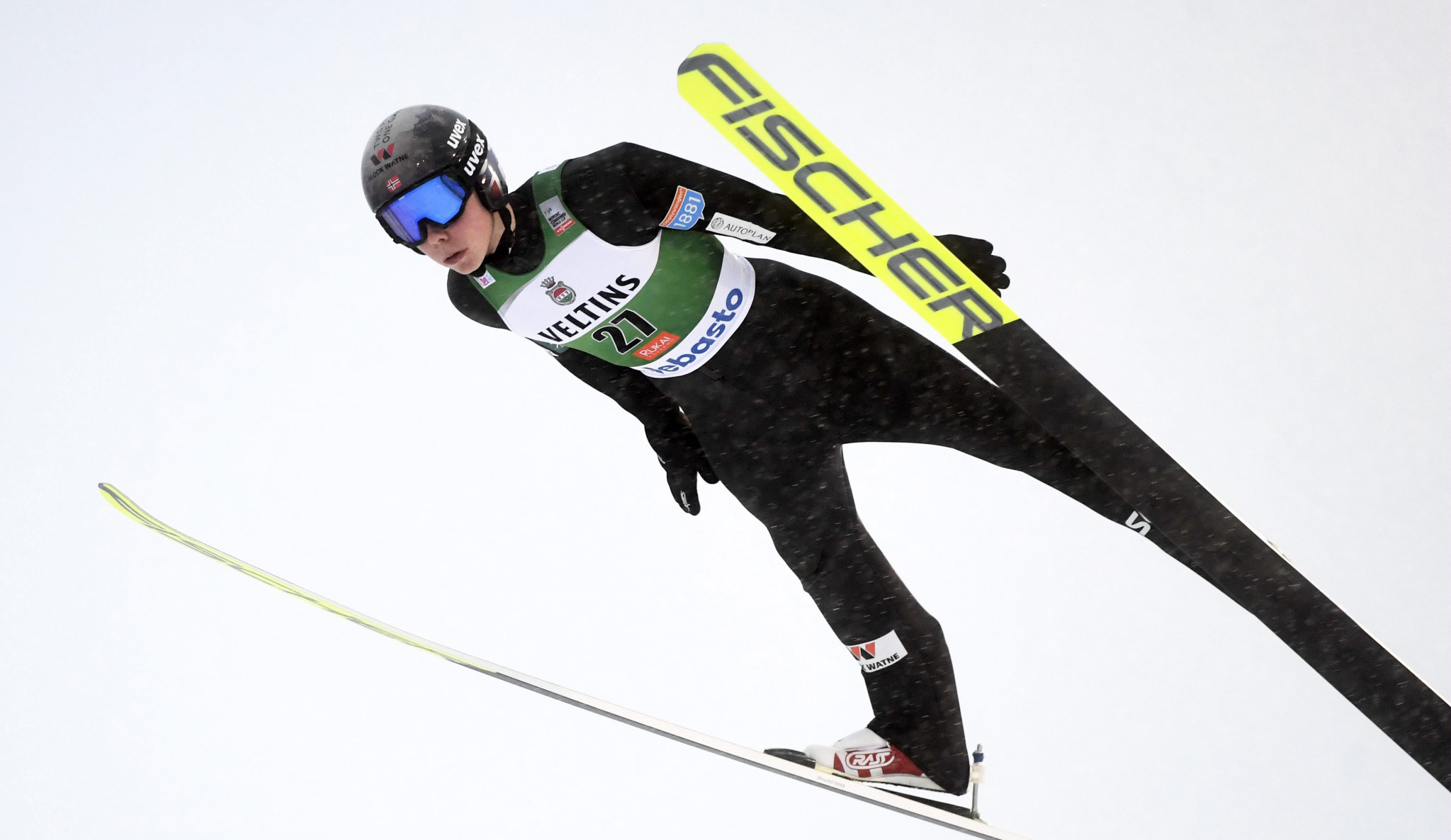 Windy conditions meant competitors were unable to complete the ski jump in today's World Cup event, the third in three days to take place at the Finnish resort.

Instead, results from the provisional competition round earlier this week had to be used.

Norwegian Jarl Magnus Riiber, who triumphed in the past two World Cup contests this weekend, had been disqualified from the provisional competition round and was unable to start the final 10 kilometre cross-country race.

Compatriot Oftebro topped the podium instead, finishing in 25 mins 22.1 secs.

Germany's Fabian Riessle and Manuel Faisst were second and third in times of 25:24.0 and 25:28.5 respectively.

Even though Riiber did not compete in today's event, he still topped the overall Ruka Tour standings.

His previous victories gave him a total of 200 points, with Oftebro on 186 and emerging Austrian talent Johannes Lamparter on 170.

The FIS Nordic Combined World Cup is scheduled to continue with two 10km events on December 19 and 20 in the Austrian resort of Ramsau.