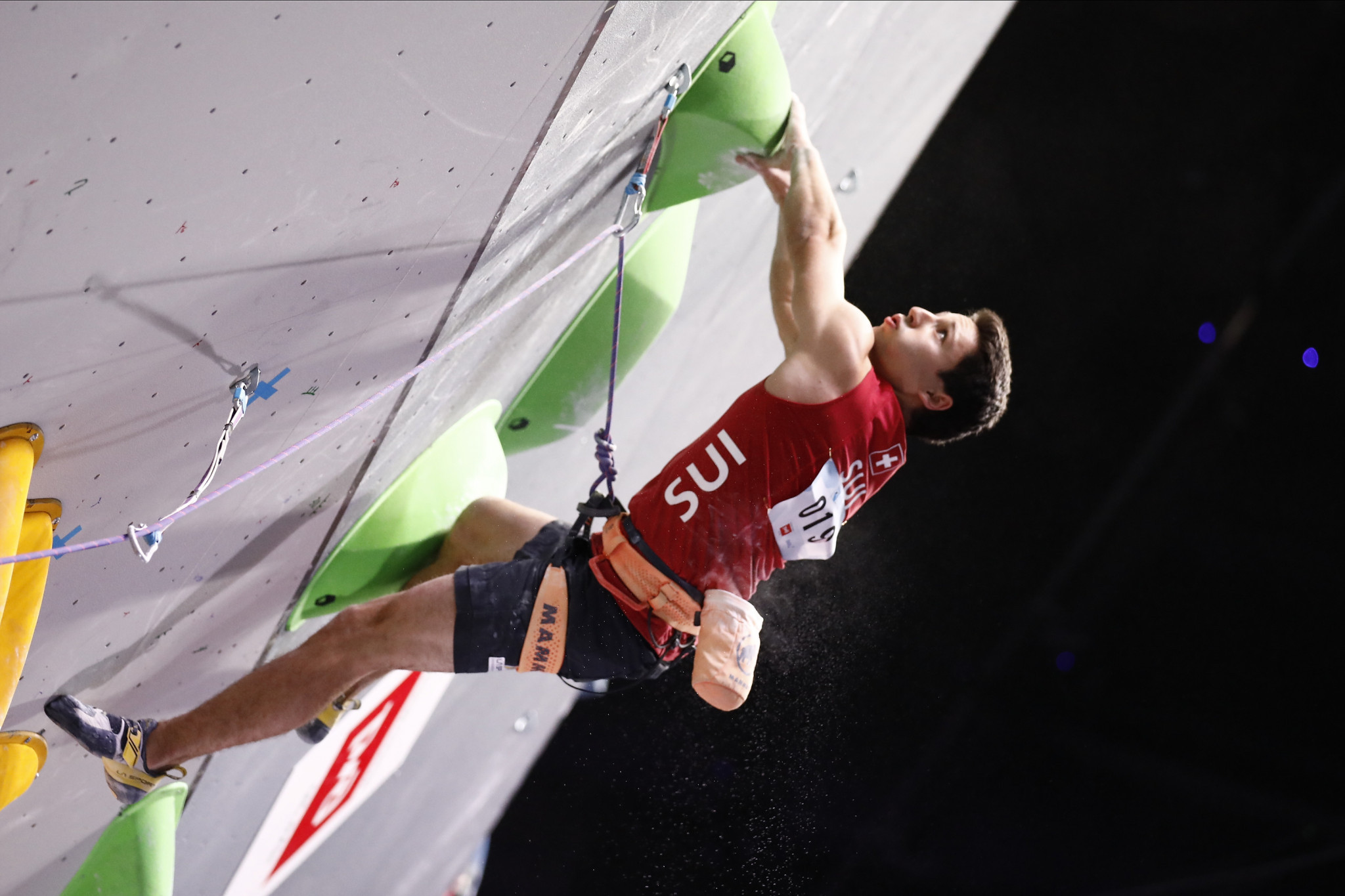 Eliska Adamovska of the Czech Republic and Sascha Lehmann of Switzerland topped the respective women and men's combined qualifying events at the International Federation of Sport Climbing (IFSC) European Championships.

Climbers at the Irina Viner-Usmanova Gymnastics Palace in Moscow were vying for the 16 places in tomorrow's combined competition, with spots for eight men and eight women available.

Two Olympic berths are at stake in tomorrow's contest.

Competition began with the speed stage, with Poland's Marcin Dzienski triumphing in the men's event.

He stopped the clock in 5.84 seconds, placing ahead of Jan Kriz of the Czech Republic in 6.08 and Sergei Luzhetskii of Russia in 6.37.

There was more joy for Poland in the women's competition when Patrycja Chudziak slapped the finish pad at 7.90.

In the men's boulder, a group of 10 athletes managed four tops and four zones.

Alex Khazanov of Israel and William Bosi of Britain finished with the same number of attempts - four for each - meaning the two shared their position at the top of the score table.

In the women's event, Hannah Meul of Germany, Eliska Adamovska of the Czech Republic, and Stasa Gejo of Serbia all finished with four tops and four zones in four attempts respectively.

The lead stage defined the final standings and determined the 16 qualifiers.

Lehmann, who clinched the lead individual title earlier in the week, was one of three climbers to top the men’s route, alongside Yuval Shemla of Israel and Hannes Puman of Sweden.

Russia's Nikolai Iarilovets and Aleksei Rubtsov also made the final.

In the women’s lead event, the route was only topped by Adamovska.

Britain’s Molly Thompson-Smith followed in second with a 40+, while Elena Krasovskaia of Russia finished third with 33+.

Viktoriia Meshkova of Russia, the winner of the individual lead and boulder competition, also qualified, alongside Chloe Caulier of Belgium.