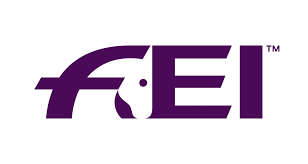 The International Equestrian Federation (FEI) is aiming to prepare a new long-range financial plan in the New Year, to be presented at Board level in June and to cover the next three-to-four years.

Claude Praz, the federation's chief financial officer, made the disclosure in a commentary attached to a 2021 budget prepared for the body's recent online General Assembly.

"Given that we are only six months into this pandemic, we feel it is important to see how things will develop after the winter to better assess adjustments to the FEI structure for the next three-to-four years," Praz wrote.

As Praz explained, the major assumption made in the 2021 budget is that equestrian activities would "pick up again" in the spring, but that the 2020-2021 indoor season would be "difficult…in light of the restrictions imposed for mass gathering competitions".

Overall, the projection is currently for competitions at "60 per cent of a normal year for 2021".

Praz also disclosed that the FEI's contract with Boehringer Ingleheim, the German pharmaceuticals company, expires in 2020, with "discussions…ongoing for a renewal".

He served notice that the federation was maintaining budgets for digital development, "as we see this being the area of future growth in this new media environment, concentrating on social media platforms…where we have seen a strong increase in traffic numbers the past two years".

He went on: "The performance of our digital channels is also important to provide compensation in visibility for our commercial partners in a period with [fewer] live events.

"We see also a growing interest from the International Olympic Committee for these figures."